To combat its multifaceted drug epidemic, Russia needs to drastically overhaul its attitude to rehabilitation.

According to a recent poll by the Levada Center, 88% of Russians over the age of 18 have never taken drugs outside medical prescription. Only 17% know someone who has used non-prescribed drugs, with an overwhelming 80% answering in the negative.

It is thus unsurprising that among this demographic, which has limited first-hand experience of drug use, 69% would favor drug testing in schools, 72% would approve of criminal charges against drug users and 75% are against legalization of “light” drugs such as cannabis.

It is fair to point out that Russia’s experience with drug use is a fairly recent problem. Apocryphally, there was no sex in the Soviet Union. But there was also very little in way of drugs or rock’n’roll, too.

According to a 1971 United Nations Office on Drugs and Crime (UNODC) report, drug addiction was “not a serious problem in the Soviet Union.” In the climate of full employment, economic stability (or stagnation, if you will) and harsh punishments for drug use, possession and trafficking, the report found not a single case of heroin addiction in a decade.

But young Russia’s relationship with addiction has been fretful, to say the least. Having Afghanistan—producer of over 90% of the world’s heroin—on the doorstep, porous post-1991 borders with states like Tajikistan, Kyrgyzstan and Kazakhstan (forming the “northern route” of the Afghan opium trade) soon made Russia the world’s largest heroin consumer, with the United Nations putting it at number one in absolute numbers in 2010.

According to Viktor Ivanov, the head of the Federal Drugs Control Agency (FSKN), 90,000 people aged 15-34 die of drug overdose in Russia annually, down from 140,000 in 2003. Earlier this year, Ivanov estimated over 7 million drug users nationwide, with around 1.5 million of them heroin addicts.

According to The Lancet medical journal, Russia has the highest rate of injecting drug users (IDU) in the world, at 1.8 million, with the UNODC putting the number at 2.29% of the population. Among these, some 90% are also infected with hepatitis C. At 24.6% of HIV prevalence, it currently accounts for about a third of global IDUs living with the disease, one of the highest rates outside Sub-Saharan Africa.

In the 2000s, the “zombie drug”—flesh-eating krokodil—cooked at home from codeine pills with the addition of substances like lighter fluid and phosphorus, became popular despite a life expectancy of just a few years among addicts. Significantly cheaper than heroin and easy to make, some 65 million doses were confiscated in 2011.

Last fall, a mass drug poisoning killed over 40 people, with some 2,000 requiring medical assistance. The “new” culprit was “spice”—a type of synthetic cannabis, also known as “bath salts”—which has entered the Russian market in 2006-07. Cheap and readily available, it has come to replace krokodil, the use of which fell after the ban on non-prescription sale of codeine in 2012.

According to the FKSN, synthetic drug use doubled in the past year, prompting anti-drug campaigner and Yekaterinburg mayor Yevgeny Roizman to tell The Guardian that heroin was yesterday’s problem in Russia.

The mass poisoning has prompted stricter controls over classification of illegal substances to be introduced. But according to Anna Sarang, the head of the Andrey Rylkov Foundation, this has only exacerbated the situation by launching an arms race between chemists and legislators, the former restructuring banned compounds into potentially more dangerous, but still-legal ones.

It is perhaps no surprise that in 2009, then-President Dmitry Medvedev classed drug addiction as a threat to national security, followed on by a 2010 directive from incumbent President Vladimir Putin to create a nationwide drug rehabilitation program.

But as often happens in Russia, these directives seemingly got lost in a web of corruption and bureaucracy, prompting a gentle reminder to the government committee on anti-drug policy in June. Putin spoke in favor, in principle, of assigning government funding for such programs but, as he said, there is no point in “putting in money in god-knows-where.”

This “god-knows-where” is not at all an inaccurate description of rehabilitation services available in Russia. A 2007 Human Rights Watch report concluded that Russia was violating its international obligations by withholding essential treatment, leaving addicts to their own devices.

Eight years on, the situation has not changed: There are currently just four government-funded rehabilitation centers across the country, with total capacity of 200 spaces. Officially, there are about 500 independent rehabs, with no control mechanisms or proper licensing.

Aside from stories of patient abuse and gross negligence cases, many of them adapt methods such as the Alcoholic Anonymous (AA) 12-step program, or faith-based healing. While the AA steps might prove effective with alcohol dependency, or a turn to the Russian Orthodox Church may save some souls, it is not enough to effectively tackle the problem of heroin addiction on a scale as massive and pervasive as Russia’s.

Even more shockingly, opioid substitution therapy (OST) is still unavailable in Russia, with synthetic drugs such as methadone and buprenorphine remaining banned. The government continues to ignore evidence from countries like Portugal, where the success story of decriminalizing heroin has significantly brought down drug-related crime and HIV infections.

A systemic review by the British Medical Journal found that OST brings a 54% reduction in HIV infection; it is currently available in 80 countries worldwide. However, the head of FSKN has this to say: “There are no chemical drugs that treat alcohol or drug addiction … By substituting one type of drug by another, we do not cure this person.”

He went on to add that there are indications that methadone increases death rates and that medical success associated with methadone is a “myth.” In a separate interview, Ivanov suggested that the likelihood of someone progressing from cannabis to heroin use is 50-60% or, in short, “one step away.”

An Illness or a Crime?

The best example of the harmfulness of this approach is demonstrated by the recent annexation of Crimea. Until a year ago, methadone treatment was available in the then-Ukrainian territory, but a year ago, around 800 people were cut off from treatment by Russian ban on OST.

Those who could afford it moved to Ukraine proper to continue treatment, but the UN Special Envoy for HIV/AIDS in Eastern Europe and Central Asia Michel Kazatchkine estimated in January this year that 50-100 people have died as a result. The British Medical Journal has expressed concern that Crimea’s HIV epidemic, brought under control by OST, might make an unwelcome return.

On the positive side, a program to address drug trafficking and rehabilitation was adopted in 2014 that would include government subsidies to private clinics that meet standards of care. But despite the fact that these clinics currently treat around 150,000 patients a year, Ivanov laments the lack of funds—the proposed 1.5 billion rubles.

There are, however, motions to decrease sentences on drug possession, which has seen some 400,000 people jailed in the past five years for private use. In May 2014, a new law made it possible for judges to prescribe rehabilitation to known drug users, and over 20,000 such decisions have already been carried out.

The bitter irony, as demonstrated above, is that there isn’t really anywhere to send these mandatory patients to. The situation is further complicated by the fact that the FSKN is currently tasked with both prosecution and rehabilitation, which are more often than not conflicting missions, especially in an agency that is, according to its director, “small and compact.”

To combat its multifaceted drug epidemic, Russia needs to drastically overhaul its attitude to rehabilitation and begin to implement science-based solutions. Instead, the head of its federal drug agency tells his international colleagues about “totalitarian sects” distributing methadone and spice at the Maidan in Kiev, killing two birds with one stone: Funds for the revolution and “cannon fodder” for its realization.

With this level of entrenchment and disregard for medical research among both the public and the government, it is difficult to see how Russia will move past associating drug use with criminality while continuing to implement destructive policies toward drug users. 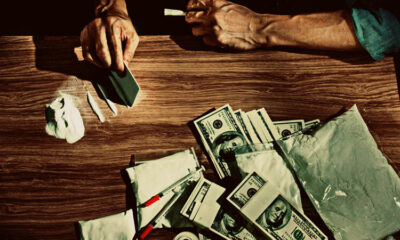 Would a Border Wall Stop Drugs from Entering the US? 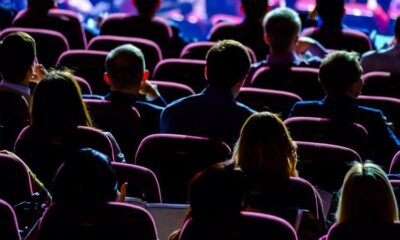 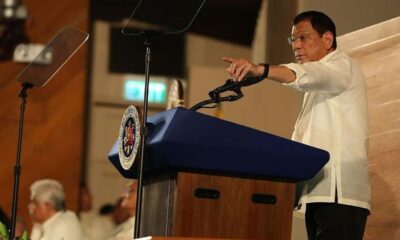 The Philippine “Punisher” Could Be a Man of Peace