The UK General Election campaign focuses on inputs into public services, rather than improving outputs or reducing demands.

The election campaign in the United Kingdom has been dismissed as “irrelevant,” “boring” and “plastic.” It is better described as simplistic. British politicians avoid the most urgent issues by reducing them to simple choices between some uncontestable but abstract and impractical concept (such as “classless society”) and some repellent alternative (“inequality”).

This political simplicism has a cycle of 30-40- years. In the 1960s, a new conformism — posing as anti-conformist self-expression — set up the useless 1970s, when the political issues were reduced to a choice between centrally-planned “full employment” (and “social safety”) and capitalist chaos and injustice. Britons tolerated several national economic collapses, even when the International Monetary Fund (IMF) effectively took control of the economy in 1976, before the “winter of discontent” persuaded Britons to vote for change in 1979.

From the 1990s, the Labour Party sold its reversed-prejudices as enlightened aspirations. By the 2000s, it had reduced political debates to choices between expanded public services and privatization; immigration and racism; a burgeoning public sector and unemployment; tackling “the social causes of crime” and unjust punishments; “equal opportunity” and “elitism”; and redistribution of wealth and “inequality.”

The Labour governments of the 2000s became so convinced of their own spin that they lost the plot entirely. Gordon Brown’s priority during his useless premiership from 2007-10, including the worst economic decline since the 1930s, was the elimination of “global poverty.”

National bankruptcy persuaded voters to reject the Labour Party in 2010, but its simplicisms continue to dominate the popular consensus, with the result that the 2015 UK General Election — like those of the 2000s — avoids legacy issues in health and social care and education.

As in the 1970s, Britain remains mired in a simplistic fashion for measuring value by inputs, rather than the opportunities to relieve the pressure on inputs by reducing demands or improving the outputs.

This is clearest in health and social care, in which all the parties promise to invest more. Usually the cash promise is based on whatever the recipients — such as National Health Service (NHS) — say they need. All parties agree to meet the demand for an extra £8 billion by 2020; they just dispute how they would pay for it. By acquiescing in this consensus, the parties avoid accusations that they are responsible for ill-health or want to privatize the NHS. 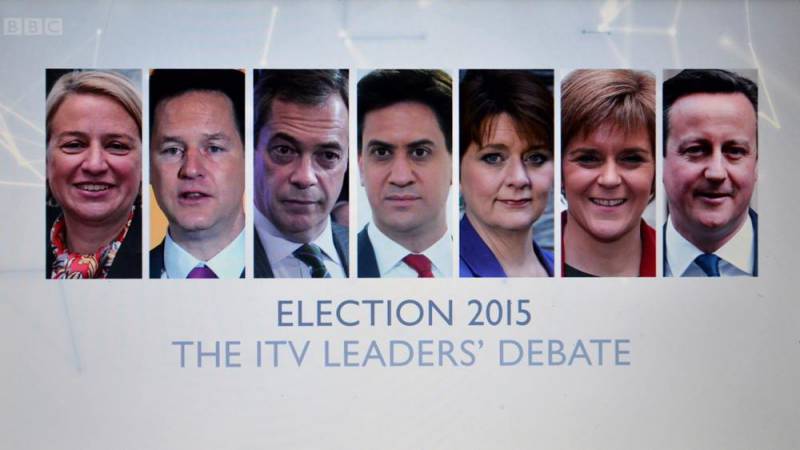 A focus on inputs neglects two other approaches: improving the outputs (lowering infections, accident rates and malpractice rates); and reducing the demand.

Throwing money at health and social care since the late 1990s did not make Britons healthier — in fact, they became dramatically less healthy and more complaint-prone.

Outputs can be improved and demand can be reduced by improving preventative care to save on reactive care. Most of the demands on the NHS are due to avoidable diseases. A free system gives no inherent incentives to change the behaviors that cause these diseases, except their own tolerance for the risks.

The outputs could be improved simply by raising accountability. After a decade of scandals, such as the avoidable deaths of at least 1,200 people at Mid-Staffordshire Hospital by 2005, the complaints system remains practically unaccountable to voters, Parliament or the Ministry of Health.

No party promises to reform this system. The Conservative Party manifesto promises a “stronger” NHS, but it fails to specify any structural changes. In a televised debate one week before the election, Prime Minister David Cameron was asked for an alternative to “just throwing money” at the NHS, but he replied, “I don’t agree.” He reasserted his government’s increased spending and failed to pivot to the outputs.

The Labour Party manifesto starts by claiming that all health and social care is “under threat” from the Conservatives, and that it will “rescue our NHS” with increased funding, more emphasis on prevention and more “lessons when things go wrong,” but it offers no structural change.

Similarly, the Liberal Democrats want to “protect” and “increase” investment and to “support good practice,” but they would not change any organizations.

The Scottish National Party (SNP) begin with promises to “vote for an increase in NHS spending” and “vote against any further privatization,” as if every other party had not promised the same; later their manifesto promises more investment in “an ambitious program of health and social care integration — meaning better local primary, community and care services to help keep people safe in their own homes for as long as possible.”

The only party that offers increased accountability is the United Kingdom Independence Party (UKIP), which promises to abolish some of the failed regulators and inspectors, such as the Care Quality Commission, in favor of county health boards, which would have statutory and democratic accountability.

Given the majority focus on inputs rather than improved outputs or accountability, in an era of rising immigration, we should expect more expensive care under the next government, but not improved health or fewer complaints.

In the 1970s, the debate on education was obsessed with “inputs” such as new buildings, equipment and teachers, rather than “outputs” such as quality of teaching, academic achievement or social behavior.

This was repeated from 1997 to 2007, when the Labour government increased per pupil funding by 48% in real terms, mostly for more teachers, more teaching assistants, increased pay, larger schools and improved information technology. National curriculum test scores improved during the first few years, but thereafter the scores stagnated, while truancy, violence and social segregation increased. From 2006-13, the Organization for Economic Cooperation and Development reported that British pupil performance fell in the international rankings, despite Britain spending much more than average on education. For instance, Chinese students outperformed British students in every year, even though the Chinese spent half as much per pupil in even their most expensive city, Shanghai.

The Labour governments divested more of the burden to privately-run “faith schools,” which now make up one-third of all schools. Inspectors found that some taught religion more than any other subject. Some have taught religious extremism. Similarly, “free schools” have been taken over by ethnic self-segregationists. Pupils in faith and free schools are threats to not only academic objectives, but also social equality and integration.

Most Britons want to stop public funding of faith schools, but no political party promises this; although each promises more inspections in case of religious extremism.

Even the secular educational institutions remain under the decentralized leadership of complacent levelers, so no child is left behind — so no child gets ahead.

The Labour Party initially followed teacher unions by mischaracterizing assessments as “unnecessary paperwork,” until finally admitting it had mistakenly leveled down and stifled aspirations.

Britain’s merit-based or selective-entry public high schools (“grammar schools”) have disappeared from most districts, where the opportunity to excel is wiped out for those who cannot afford private education. Only UKIP explicitly supports tiered schooling to allow for different merits and technical or vocational foci, including more grammar schools.

The Conservative Party manifesto promises “zero tolerance for failure” and more inspections as drivers of improved “standards,” but it wants to increase free schools.

The Labour Party would terminate all free schools and cut public support of private schools, but (contradictorily) would increase “decentralization” to the remaining schools — while giving youths more “work experience” before graduating, getting all teachers to “qualified teacher status” and promoting some teachers to a new “Master Teacher” status.

The Liberal Democrats would similarly protect funding and “drive up school standards” by increasing teacher qualifications. More helpfully, they would increase the number of “Teaching Schools” (which support other schools) and institutionalize more interventionist authorities at local and national levels.

The SNP promise more investment in general, more schools, funds for primary schools “in some of our most disadvantaged areas,” more teachers, more apprenticeships and free school meals in primary schools. Again, their focus on inputs could have come from a script picked up in the 1970s — the only particular academic projects are “to narrow the attainment gap,” “especially among Scotland’s most disadvantaged children,” and to teach more Gaelic.

All promises for improved standards are essentially meaningless unless demand is reduced. Labour’s inputs became unsustainable when the party agreed to open Britain’s borders, and thence its schools, to any Europeans. It escaped some of the official costs through privately-funded initiatives (PFIs), which threw the official repayments on to succeeding governments.

Only UKIP has eschewed PFIs or promised to reduce the demand from immigrants. The Conservatives promise to protect spending per pupil from ages 15 to 16 years, but not with inflation. The Labour Party promises to protect spending on pupils up to 19 years, including inflation, but not with rising pupil numbers. The Liberal Democrats match Labour, with an extra £2.5 billion by 2020.

Effectively all these pledges would result in long-term cuts in real-terms, without reducing the demand for more school places, which is mostly due to immigration. Therefore, we can expect education budgets and academic standards to fall further in the next Parliament.

The political debates have run out of time to solve these issues before the general election of May 7. Given the current simplistic debates, the next government is likely to increase spending on health and social care and education in nominal terms (but not necessarily in real terms), without reducing demand or improving outputs.

But this would be counterproductive, ending in declining health and academic performance, more unaccountable failures and abuses, economic collapse and austerity (as in 1979 and 2008).

Unfortunately, voters will need to experience this self-destructive cycle yet again before their next opportunity for a more realistic general election in 2020.