European Union leaders are getting ready to discuss Turkey once again. The timing of the European Council meeting on June 24-25 is crucial, taking place just after the G7, NATO and EU-US summits. Following four years of discontent between Brussels and Washington, this has been an exercise in reassurance, looking to reinvent multilateralism for the 21st century.

At the summits, the allies discussed rules for various policy areas, including economy, trade, climate, security and defense, while seeking a common stance against autocracies, particularly Russia and China. If US President Joe Biden and his European allies are serious about standing up to undemocratic regimes, the place to start is Turkey, which the European Council should shift its focus to right away.

Turkey’s relations with its Western allies have been deteriorating for years. European decision-makers blame this on Ankara’s democratic backsliding and its unilateral foreign policy, which increasingly runs counter to European interests. Developments in Syria, Libya, the Eastern Mediterranean and Nagorno-Karabakh, however, have shifted almost the entire focus to foreign policy.

The EU’s desire to reduce tensions in its neighborhood has eclipsed questions of democracy and rule of law. That is what is behind its proposal for a “positive agenda” with Turkey that is “progressive, proportional and reversible.” It is thus conditional on Turkey’s external actions — good regional relations in line with international law — but not clearly linked to the state of democracy. While the European Parliament flagged this in its recent report, a firm stance by the European Council is missing.

In March, concerns mounted in the EU when President Recep Tayyip Erdogan withdrew Turkey from the Council of Europe’s Istanbul Convention on preventing violence against women. This was clearly the continuation of a long-term trend limiting basic rights and freedoms. The new presidential system in Turkey has eliminated most of the checks and balances. Civil society is under immense pressure. Democratically elected representatives have been removed and prosecuted. Last but not least, the state prosecutor has applied to the constitutional court to ban the opposition Peoples’ Democratic Party (HDP). According to Freedom House, Turkey is “not free,” just like Russia and China.

This situation threatens the credibility of the transatlantic allies’ commitment to democracy, rule of law, and basic rights and freedoms. According to the summit’s communiqué, the G7 is committed to upholding a rules-based international system and defending values. That is also the promise of NATO and the transatlantic allies.

Selective application would undermine that commitment: The rules apply to a rising China challenging Western economies, but not if you can get a bargain with Turkey in the Eastern Mediterranean. Those who prioritize geopolitics over principles might argue that Turkey receives less criticism as a NATO ally and strategically important accession candidate on the EU’s doorstep. Yet even if the European Union dropped the entire democratic conditionality framework, it would still risk being affected negatively by democratic backsliding and erosion of rule of law. Recent examples include Turkey’s unlawful detention of EU and US citizens and arbitrary decisions to move refugees to its borders with Greece in 2020. Not to speak of the future risks to European investments.

European leaders may think that criticizing domestic repression in Turkey would put positive foreign policy developments at risk. There are no guarantees, however, that advances in the Eastern Mediterranean or relations with Greece, Cyprus or other member states will not be suddenly reversed, for example, to rally nationalists behind the current government.

EU leaders must know that there can be no guarantees for the union as long as instability prevails in Turkey. The situation in the country has been exacerbated by deficits in democracy and rule of law. If European leaders choose to settle for a fragile status quo rather than promoting core values, they may still end up at odds with Turkey, while undermining the values they keep vowing to defend.

Serious About Democracy? Time to Speak Up

European leaders will try to buy time again, as they did at the European Council meetings in October and December 2020 and March 2021. But there is a window of opportunity. Ankara is on a charm offensive with its Western allies, needing an economic boost and trying to avoid European and American sanctions. While the government is determined to stay in charge, power struggles are emerging within the state apparatus. This is definitely the right time to set the tone, one that focuses on democracy.

Action on Turkey is also needed to show the broader world that the G7, European Union and NATO mean what they said at the recent summits. Democracy will be an important component of external action. If the European Union cannot apply this principle to such a close neighbor, ally and EU accession candidate, what does that say about the democracy agenda?

The EU’s Biggest Concern Over Russia 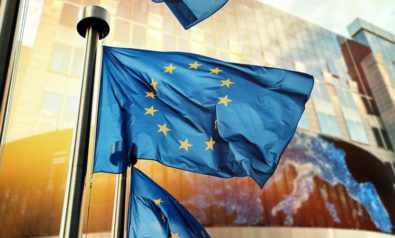