The horrific attacks on February 19 at two shisha bars in Hanau, Germany, have led to several questions concerning motivation, activation and implication. It was the third attack by far-right extremists in nine months.

In many respects, Eugenicism is making a comeback of sorts. Increasingly, politicians across Western Europe are feeling comfortable with expressing sentiments that would ordinarily be defined as racist. These views promote the idea that there is an inherent difference between particular racial categories, with the white category at the top of this tree. Invariably, it places people of a darker skin complexion at the bottom of this hierarchy.

Foreign Fighters and the Global War for White Supremacy

The historical attempts behind these efforts were to maintain the status quo concerning slavery and later colonialism, but it subsequently developed into the concept of scientific racism, the zenith of which is the Nazi Holocaust. Too many believe that Adolf Hitler introduced a policy of elimination targeting Jews, communists, leftists, homosexuals and all others who would reject the values of the Third Reich. The reality is that this was merely the peak of what was in play in North America and Europe for the greater part of a century.

Recently, the British government had to move quickly to dismiss Downing Street adviser Andrew Sabisky, who had been appointed in response to calls by Dominic Cummings for “weirdos and misfits” to join the heart of government to help it think outside of the box in developing radical policy interventions and solutions. It was quickly revealed that Sabisky posted racist messages online, with some of his writing confirming that he viewed particular minority groups as somehow inferior and undesirable, including where depopulation through sterilization would be seen as a viable policy.

This was no aberration, however. Numerous Conservative Party politicians have been accused of Islamophobia, which is akin to racism. The current British prime minister, Boris Johnson, has written about minorities and labeled them as “piccaninnies” bearing “watermelon smiles,” while also describing Muslim women wearing veils as “bank robbers” and “letterboxes.” It is also well-documented that US President Donald Trump favors the ideas of eugenics, even applying it to his marital relations, suggesting that in mating with Eastern European stock, he would be producing superior children. All of this suggests the normalization of racism and a particular logic of white supremacism.

The Attacks in Hanau

For what is currently known about the incident in Hanau, a 43-year-old German male — identified by media as Tobias Rathjen — shot and killed nine people while injuring five others at two shisha bars. Most of the victims were Turkish and Kurdish men and women, with a Bosnian, Bulgarian and Romanian in the mix. He later returned to his home, first shooting his mother before committing suicide.

This suggests a combination of problems relating to ideas of the self and the other, and the internalization of a particular kind of racism that pertains to the view that white groups are superior, but that they are under threat due to growing minority populations, particularly in urban centers, with their respective high birth rates and in-marrying. The alleged motivations of Rathjen were to prevent the dilutions of whiteness, as he saw it. But it is also clear that the assailant had particular mental health issues, something that is a significant factor among Islamist extremist actors. Yet the emphasis on reporting in the media is on ideology and religion when it comes to Islamist extremists in their attacks against particular religious minority groups. With far-right aggressors, the focus is less on ideology and more on individual concerns regarding their mental health or other personal matters.

This is a fundamental failure of reporting, especially in the mainstream media. Although the reality is that with more and more examples — i.e., Anders Behring Breivik in Norway in 2011 and Brenton Tarrant in New Zealand in 2019 — it is now impossible to ignore what is palpably clear and apparent. The Hanau attacker, Tobias Rathjen, published a manifesto citing fear of immigrants and disdain toward women.

In trying to understand how far-right extremists become motivated, activated and organized, there has been much emphasis in the recent past on the idea of lone-wolf terrorism. This relates to individuals who operate at the fringes of society, but effectively on their own. It is now clear that many of these attackers have an online presence, which allows them to develop their ideological perspectives and learn of methods and processes concerning attacks. But while this radicalization occurs online, real-world connectivity is nevertheless important to understand.

It is clear that we live in an era where racism toward minorities, Islamophobia and anti-Muslim sentiment targeting a particular category of a minority — one that already faces a host of social, cultural and political pressures — have become the new normal. This racism fuels the ideologies of white supremacism, cultural superiority and notions of exclusivity, which is seemingly threatened by the realities of migration and the settlement of minorities.

Politicians in the “global north” are routinely demonizing such groups for political gain, but it is clear that those at the very fringes of society are mobilizing these sentiments into far more sinister outcomes. Invariably, it reflects on the individuals who face the consequences of rapid transformations to the local economy and society, and who are usually men who no longer receive the trappings of advantage associated with their gender. It also reflects on an ideology that receives broad acceptance elsewhere in social life.

There will be many in Europe who are becoming increasingly worried by these recent developments, where random Muslims are seemingly targeted where they are collected, whether it is smoking shisha pipes in a bar or praying in a mosque. These people are being pursued because it fulfills an existing agenda driven by hatred, intolerance and racism. While Muslims are naturally going to be fearful about these issues, the vast majority will carry on regardless.

In understanding what is happening concerning far-right attacks against Muslims, three factors remain important in appreciating the nature of the problem. First, these far-right attackers are finding fuel for their ideological predilections from the machinations of mainstream society and politics. Second, the counterterrorism and counter-extremism policy frameworks that currently receive considerable attention across the “global north” are ill-equipped to deal with the growing threat of far-right extremism because so much attention was historically placed on the idea that the most sinister forms of extremism are only of the Islamist kind. Finally, the reporting on these issues remains skewed, biased or is entirely invisible.

It is wholly incumbent upon observers to report on matters fairly and objectively. Only then will this topic get the wider recognition it deserves. For those working in this field, it important to understand that extremism and terrorism among different actors share common characteristics. As societies, if we concentrate on those social development concerns for all, then there is a real chance of eliminating the threat of terrorism because it is clear that there are patterns of reciprocal extremism in the current climate. To break this vicious cycle, a focus on local area community development concerns and issues of social inclusion remain paramount.

*[A version of this article was cross-posted on Medium.] 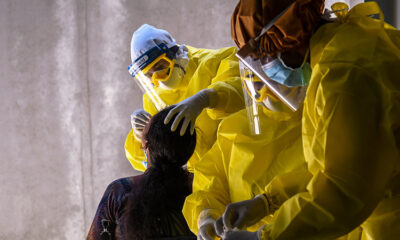 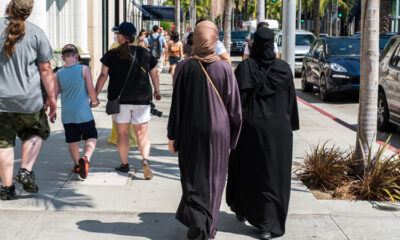 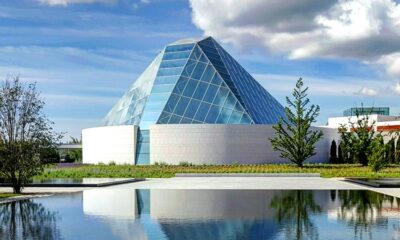 Shattering Stereotypes With Aga Khan IV and the Ismaili Community