As the recent furor surrounding British comedian Jo Brand’s comments on the BBC Radio 4 Heresy program attest, there is very little clarity about what does — and, importantly, what does not — constitute hate speech. In what was clearly a joke, Brand asked why anyone would bother throwing a milkshake over radical right political figures when battery acid was readily available. Brand was widely admonished for her comments, with Brexit Party leader Nigel Farage — who was “milkshaked” while campaigning in the run-up to the recent European elections — tweeting: “This is incitement of violence and the police need to act.” Initially investigated by the Metropolitan Police, a recent statement from the force said that no further action was necessary.

The lack of clarity about what constitutes hate speech is no more apparent than when we compare it to hate crime. The UK’s College of Policing defines hate crime as any criminal offence which is perceived by the victim or any other person as being motivated by hostility or prejudice. With official data on hate crime having been published annually in the UK since 2012, five monitored strands are currently recognizable: disability, race, religion, sexual orientation and being transgender.

As regards hate speech, there is little in the way of comparison when it comes to official responses or data. With no agreed definition, hate speech is loosely conceived as an expression of hatred toward another person or group of people using various means via speech, writing or other means of communication. There are no actual laws against hate speech either. Instead, legal protection is afforded in the UK under a number of different statutes that make it an offence to variously use threatening, abusive or insulting words or behavior that causes, or is likely to cause, another person harassment, alarm or distress; to incite racial or religious hatred; to incite hatred on the grounds of sexual orientation; and — somewhat bizarrely — use language that encourages terrorism.

Further muddying the waters is the need to balance the protection of those targeted by hate speech with the need to protect free speech. Whilst not as strong as First Amendment protections in the United States, under Article 10 of the UK’s Human Rights Act, the right to free expression is safeguarded and includes the freedom to hold opinions and to receive and impart information and ideas without state interference. While so, and contrary to the US case, the right to free expression is not absolute and can be limited when necessary to protect the rights of others, a key example here being when language is being used to incite violence against certain groups. All limitations, however, must be both necessary and proportionate, balancing the rights of the offender against the harms against the victim.

In the UK context, the issue of hate speech is further obscured by the issue of language that is deemed to offend — something that seems to crop up every now and again. There are no laws against offence, and rightly so, because as the independent human rights group Liberty notes, criminalizing even the most unpalatable, illiberal and offensive speech should be approached with grave caution. As with free speech, there is no justification for criminalizing language, or behaviors, just because you do not like what someone else is saying. In spite of this, hate speech is regularly conflated with offence and being offended, both of which are quite different and wholly subjective. Finding something unpleasant or offensive is then quite different from language and speech that seeks to incite violence and criminality.

Given the lack of policy and legislative guidance, the need to balance the right to free speech and the routine conflation of hate speech with mere offence, hate speech becomes extremely difficult to understand, identify and duly respond to. Consequently, claims to what is and what is not hate speech are more likely to be premised by biased and partial value judgments that reflect our political and personal preferences including whom we like and, maybe even more importantly, whom we dislike.

Regarding the former, Alex Oaten notes how the success of Stephen Yaxley-Lennon, better known as Tommy Robinson, the former leader of the English Defence League, has been driven by a white working-class victimhood narrative based on denials of freedom of speech.  Recently jailed for breaching very clear and specific laws about reporting restrictions that had been put in place about ongoing legal proceedings, the campaign for his release was something quite different. Part of a well-established and highly effective narrative of radical-right politics, Yaxley-Lennon was presented as a victim of a repressive state who had been imprisoned for merely telling the “truth” about “Muslim paedophiles.”

Likewise, the leaders of Britain First have also used freedom of speech to defend their actions. When Jayda Fransen and Paul Golding were prosecuted for inciting religiously-motivated hate and removed from Twitter last year — and despite the prosecutor clearly stating that “these defendants were not merely exercising their right to free speech but were instead aiming religiously aggravated abuse at innocent members of the public” — their supporters disagreed. For them and their followers, Fransen and Golding were the victims of a criminal justice system that sought to curtail their right to free speech.

There is much contradiction and hypocrisy among the UK radical right about the use of freedom of speech defenses. Take, for instance, Farage’s response to Brand’s comments. Whilst he called for police action on the basis that Brand was inciting violence, he showed far less concern when in 2016, 40,000 individuals lodged complaints with the Metropolitan Police claiming that the now infamous UKIP “Breaking Point” poster he and Leave.EU launched incited racial and religious hatred. Farage’s hypocrisy was further called out in a tweet by Coren Mitchell, presenter of Heresy: “Nigel! I’m genuinely disappointed; we don’t agree on everything, but I would totally have had you down as a free speech man.”

The same was evident in a recent explanation about the actions of Yaxley-Lennon. Having been filmed violently attacking a fellow England football fan before a Nations League match in Portugal, it was claimed the incident was prompted by the victim telling Yaxley-Lennon, “you don’t represent me.” If correct, it would seem the radical right’s newfound vanguard of free speech is as exclusivist as the rest of the platform that such actors stand for.

Finally, then, while concerns have recently been aired about the voracity and spread of hate speech, the real challenge lies in how we understand hate speech in a balanced and objective way. This is because hate speech is inherently subjective and rarely attracts consensual agreement, especially in Britain’s divisive post-Brexit environment.

Given this, maybe the attentions of practitioners and activists would be better placed in trying to highlight individuals and groups — including within radical right circles — who seek to exploit the complexities and incoherencies that exist among the hate speech/free speech/offence triumvirate. Without a doubt, this would seem to be easier and would not require additional legislation nor, importantly, further censure.

*[This article was developed from a paper presented at the Daiwa Anglo-Japanese Foundation in London on June 25, 2019.

The Centre for Analysis of the Radical Right is a partner institution of Fair Observer.] 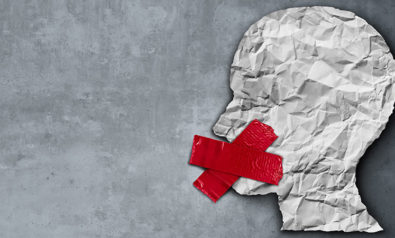 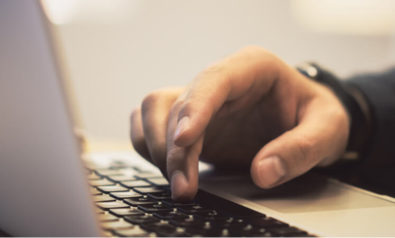 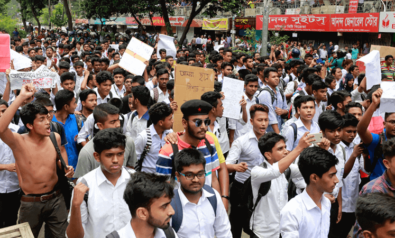