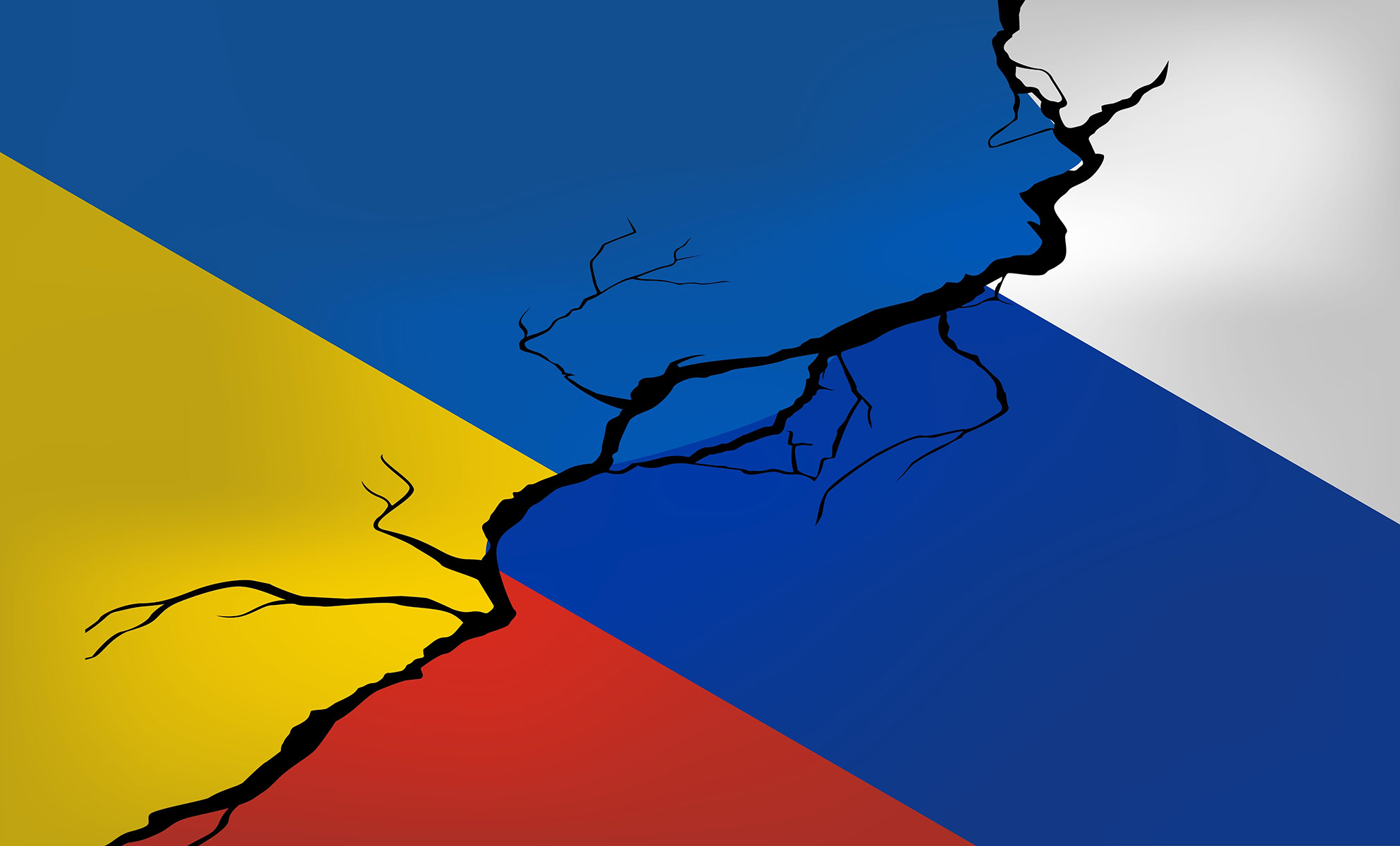 The Russian military buildup along Ukrainian borders conducted over the last few months — similar to an escalation by Russia in April — has led to new direct talks between US President Joe Biden and his Russian counterpart, Vladimir Putin. The biggest fear in the West is whether Russia intends to invade Ukraine. The Russian leadership has claimed that its more than 100,000 troops deployed along Ukrainian borders are on Russian territory, are conducting routine training and should not worry anyone.

In stark contrast, Russia perceives the potential deployment of NATO troops close to its borders as a major security threat. This reveals that Russia understands very well the signals it is sending by amassing an unprecedented-in-size military strike group to Ukraine’s frontiers. There is solid evidence that Russia is engaging in a bold brinkmanship game over Ukraine, using the logic of threat to create strategic ambiguity about a potential military invasion. Its goal is to force Western concessions on Ukraine, in particular, and to obtain a strategic carte blanche in the post-Soviet area more generally.

The Logic of Threats

Following a videoconference on December 7 between Biden and Putin, the Russian leadership sent a number of signals that created more clarity about the Kremlin’s intentions. Their form was accurately reflected in a few analyzes published by the Russia-based Carnegie Moscow Center. One Russian analyst argued that, unless Putin’s demand for guarantees that Ukraine will never join NATO is accepted, the United States would see a military defeat of Ukraine, which would be “an especially humiliating re-run of recent events in Afghanistan.” Another Russian expert hinted that, unless the US ensures that Ukraine implements the Russian version of the Minsk agreements, it may risk a war in Ukraine.

The Russian foreign minister, Sergey Lavrov, confirmed that the West should accept these two conditions if it wants to avoid Europe returning to “the nightmare scenario of a military confrontation.” Following the teleconference, the deputy foreign minister, Sergey Ryabkov, reiterated the idea, stating that if NATO refuses Russia’s right to veto the alliance’s further expansion to the East, it will risk “serious consequences” and would lead to “its own weakened security.”

These are the most direct and bold threats that the Kremlin has issued against the West since the collapse of the Soviet Union. There are strong signals that this brinkmanship over Ukraine is a strategic calculation, triggered by the Kremlin’s perception that both the European Union and the United States are irresolute.

For instance, in his November 18 address to foreign policy officials, Putin observed that Russia has managed to create a feeling of tension in the West. He went on to recommend that this state of tension “should be maintained for as long as possible” and exploited to demand “serious, long-term guarantees” to prevent NATO membership for Ukraine and Georgia.

Following Putin’s videoconference with Biden, the Russian foreign ministry published its concrete demands for talks on a new European security order. Among these demands, Russia requested that NATO withdraw its 2008 Bucharest summit “open doors” pledge for Ukraine and Georgia.

Assessing the Risk of War

Why is Russia so bold to directly threaten war and confront the West with an ultimatum: either accept a war in Europe or give up the post-Soviet area? The Kremlin has concluded that there is little appetite in the West to confront Russia on Ukraine, beyond economic sanctions.

Russia’s leadership has also come to believe that the West is extremely risk-averse and not ready to call the Kremlin’s bluff. The brazenness of the threats, the reference to NATO’s “humiliation” in Afghanistan and interviews with Russian and foreign experts confirming the strategic timidity of the West — all of this speak to that. For instance, in an interview with Harvard’s Timothy Colton in the Russian newspaper Izvestia during the recent “Valday Club” conference, the reporters emphasized the idea that Ukraine is not important to the US. In an interview with the former US ambassador to Russia, Michael McFaul, the journalists of the Echo Moskvy radio station pointed out that “we sell the Americans their own fears.”

Under the current conditions, the risk of a massive conventional Russian invasion of Ukraine is very small. Russia is not yet ready for a total break up with the West, similar to the one the USSR had, which would be very likely if it attacked Ukraine. Therefore, the question of whether Russia is going to attack Ukraine is not helpful for strategic planning. Instead, for a more effective engagement of Russia, the EU and the US should ask: What actions, short of giving up Ukraine’s sovereignty, should be taken to decrease the risk of war?

There are three strategic objectives that the European Union and the United States should pursue and strengthen. They all stem from an effective crisis diplomacy rationale. First, it is necessary to signal a strong resolve to impose high costs on Russia where it is vulnerable. Second, it is necessary to make these signals credible. Third, it has to engage in intensive diplomacy to show that Russia’s demands are not linked to its actual security concerns.

The biggest vulnerability of Russia is the high military costs of an invasion. Providing defense equipment to Ukraine, deploying instructors and even small military units for joint exercises with Ukrainian troops in the vicinity of the line of contact in Donbas and near Crimea — on a rotational basis — would serve as a passive obstruction to potential Russian attacks. These are the most effective deterrence tools, which would greatly strengthen the credibility of the resolve of the EU and the US from Russia’s outlook.

Finally, the EU and the US should confront Russia’s manipulation of the “indivisible security” concept, which is a major element of its international propaganda campaign. To counter Russia’s legalistic approach and hidden agenda, they should suggest and discuss alternative proposals, such as the pact of non-aggression or parity of forces in the border areas. The West should not ignore that its response to Russia’s threat of war is likely to affect how other international actors — China, for example — view its resolve in responding to comparable challenges in other regions.