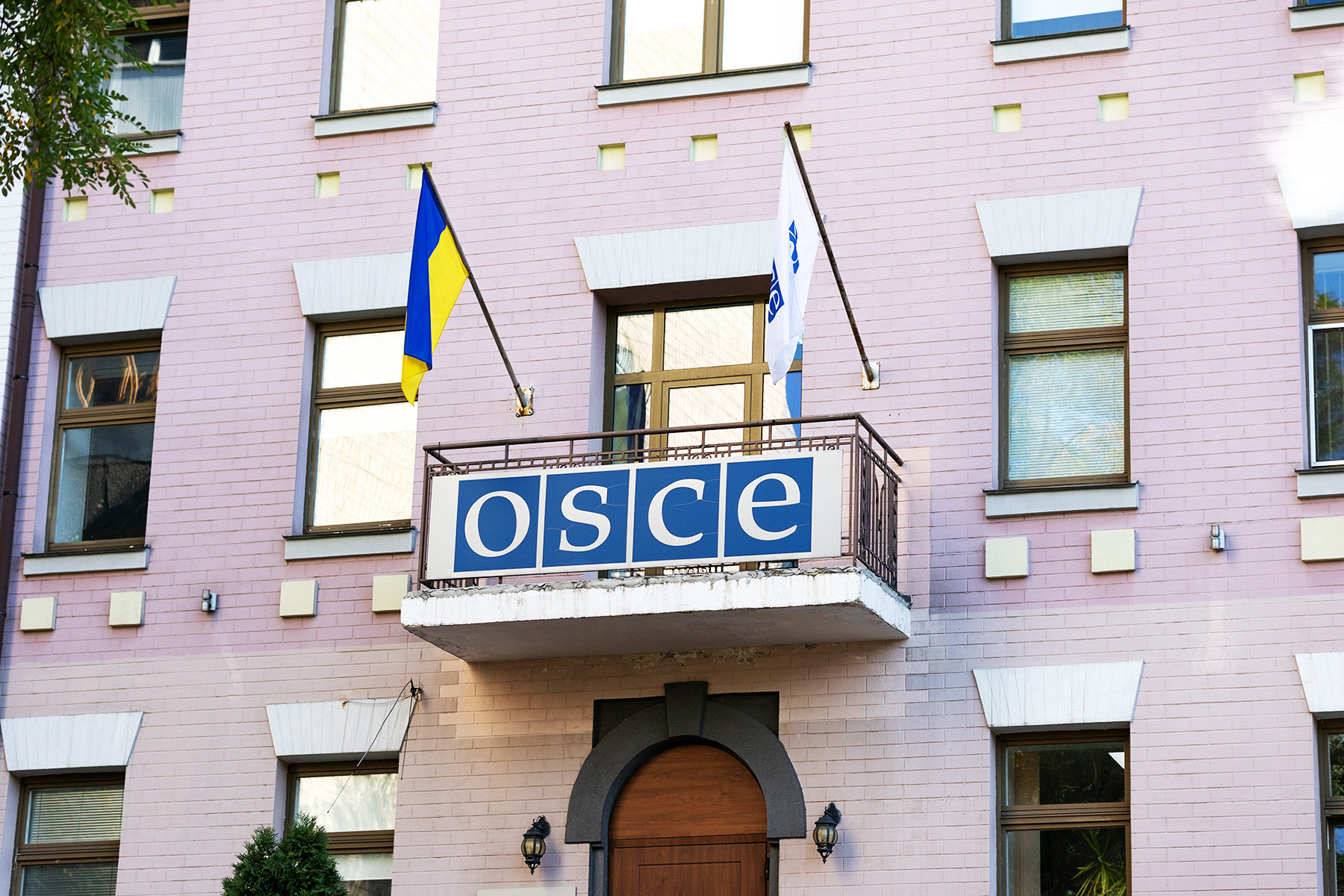 It is the ironic quandary of our time: As issues become more complex and more global, the channels for nations to talk to each other have narrowed, and international agreements have become more disposable.

Nowhere is this erosion more evident than in the Organization for Security and Cooperation in Europe (OSCE). Established in 1975 with the signing of the Helsinki Final Act, the OSCE brings together 57 states, including Russia, the United States and Canada, to discuss issues of war, economics and, uniquely, human rights. Although it played critical roles during the wars in Bosnia and Serbia, and continues to have an outsized mediation and monitoring role in the ongoing conflict in eastern Ukraine, the organization has struggled to find its footing in the post-Cold War era.

Third Rome: Will Russia Save Europe From Itself?

The dominance of the European Union as the main continental political body and the expansion of the North Atlantic Treaty Organization have made its mandate seem superfluous, and recent years have seen authoritarian states chip away at its legitimacy from within. Despite the OSCE’s struggles, a further narrowing of multilateral diplomatic and communicatory space is undesirable and unsustainable.

The OSCE holds a unique diplomatic position. Its mandate is not as broad as that of the United Nations, nor is it a formal military alliance like NATO or the Collective Security Treaty Organization. In fact, the OSCE does not have members but “participants,” meaning that agreements — arrived at through full consensus — are non-binding.

Further, the OSCE is one of the few international organizations that unites hard security and human rights. Deliberations about free speech happen in tandem with announcements of joint military exercises. Much of the framework establishing security in Europe — the Vienna Document, the Conventional Forces in Europe Agreement and the Open Skies Agreement — following the end of the Cold War, was designed in Vienna under the auspices of the OSCE. It remains the diplomatic house of the Trilateral Contact Group (Ukraine, Russia and the OSCE) as well as the Minsk I and Minsk II protocols outlining the agreed-upon steps to peace in eastern Ukraine.

However, Russia’s obstructive moves call into question the OSCE’s future sustainability. In recent months, Moscow has closed the special monitoring missions in Gukovo and Donetsk on its border with Ukraine and prevented the Human Dimension Implementer’s Meeting (HDIM) from convening. HDIM is one of OSCE’s most recognizable annual events. It convenes participating and partner states, civil society and other international organization in Warsaw to identify challenges, exchange best practices and develop solutions to issues facing democracy and human rights.

The conference has faced threats from within the organization’s ranks in the past. Perhaps the most egregious was Turkey’s withholding of its vote in 2019, but each near-disaster was resolved at the 11th hour. But a last-minute miracle did not occur this year. These meetings are critical for human rights advocacy and international networking among civil society. Human rights issues, such as Crimea’s water crisis, could have benefited from civil society actors discussing potential solutions.

Russia’s refusal to extend the observer mission in Gukovo and Donetsk has direct consequences for the ongoing war in eastern Ukraine. The mission, though small in scope and limited in capacity, serves as an important information-gathering center as well as a confidence-building measure. Maintaining an OSCE presence along the border was, in fact, an agreed-upon measure to monitor the conflict, as outlined in the Minsk II Protocols. Further, the exact locations of Gukovo and Donetsk missions were opened following a request by Moscow.

The information gathered at these sites provides neutral snapshots of who crossed the borders (for example, unmarked military personnel, families, individuals) and when the movements occurred. OSCE data are cited by governments and international organizations, and provide the basis of confidence-building measures. These monitoring missions, be they in combat zones or to observe elections, are one of the strongest pillars of OSCE legitimacy. To disrupt these is to disrupt the visibility that supports their legitimacy.

Russia’s targeting of the observation missions rather than those along the Line of Contact — a stretch of around 420 kilometers (250 miles) between territories controlled by Kyiv and by the separatists in eastern Ukraine — should not be surprising despite the nearly identical mandates. Maintaining missions within Ukraine’s borders underscores Russia’s ongoing claim that this is a civil war that Moscow is merely arbitrating. Cutting off information streams from the international border allows Russia to maintain its widely disputed claim that it isn’t directly interfering in the conflict.

Russia’s actions not only hinder the OSCE’s operations but also exacerbate the negotiation process between Kyiv and Moscow as the conflict in eastern Ukraine continues into its eighth year. Mechanisms established or facilitated by the OSCE remain the most prominent channels of communication between Moscow and Kyiv.

The OSCE faces more existential dangers than Moscow’s unwillingness to participate. Indeed, bad faith actors from Tajikistan and Turkey kicked up dust last summer in their refusal to reach consensus on the OSCE’s leadership, including the secretariat, the special rapporteur on media freedom and the head of the Office of Democratic Initiatives and Human Rights that oversees both HDIM and election observation missions.

Because the OSCE is structured on full consensus, this constant inability to reach agreement on the most basic of decisions undermines the entire operation. How many last-minute saves can diplomats be expected to pull off? How many canceled HDIMs lead to complete system failure? Ministries of foreign affairs and departments of state among participating countries must recommit to the process and the institution to maintain channels of communication and renew security. If the political will to reengage the OSCE does not exist, then perhaps it is time to rethink its remit.