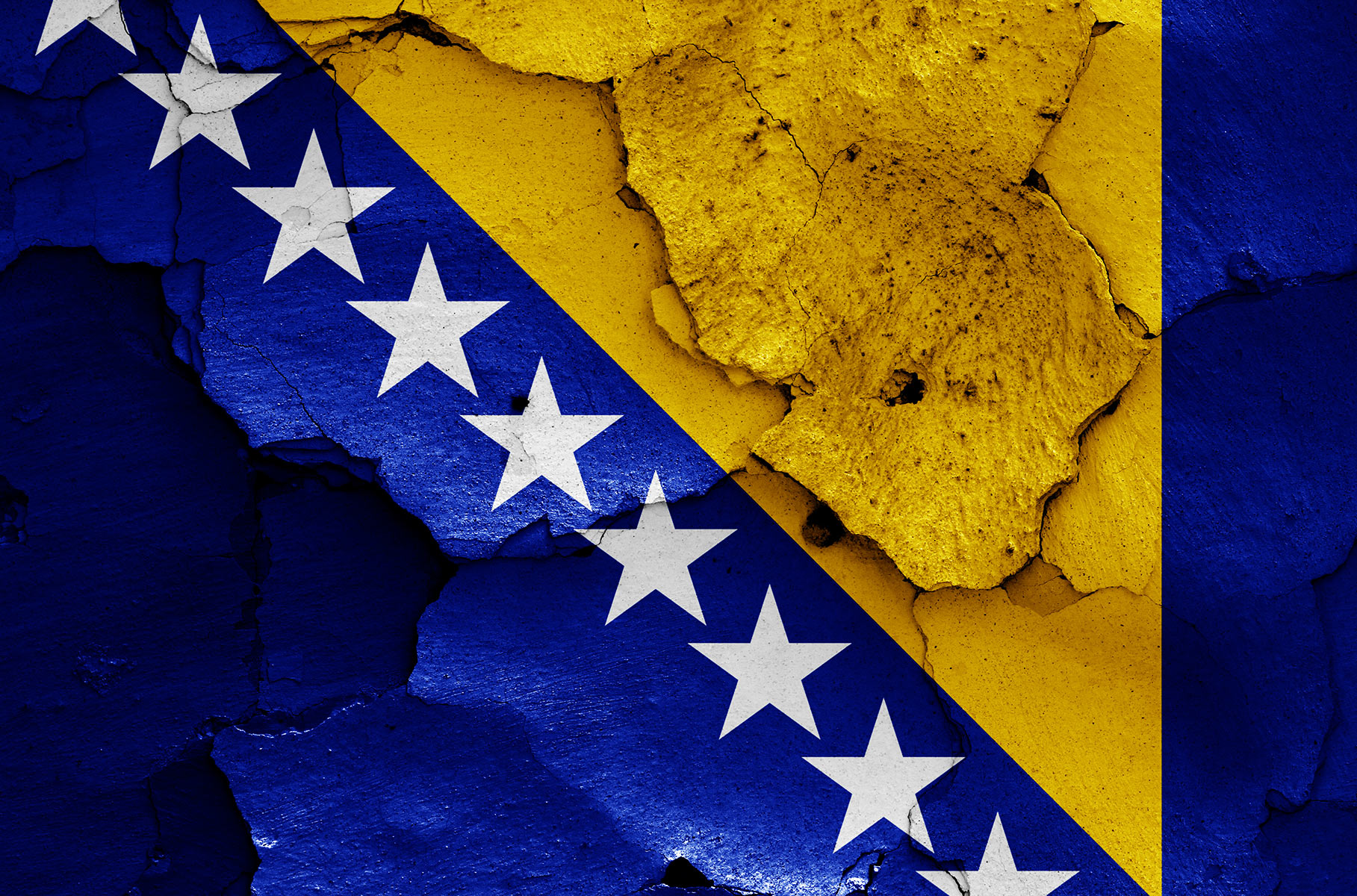 The latest crisis in Bosnia and Herzegovina was provoked by the outgoing high representative, the Austrian diplomat Valentin Inzko, and his July move to enact the amendment to the country’s criminal code. Among other things, Article 1 (Amendment to Article 145a of the Criminal Code) specifies that whoever denies the crime of genocide, crimes against humanity or a war crime as established by the International Criminal Tribunal for the former Yugoslavia (ICTY) or a court in Bosnia and Herzegovina may face up to five years in prison.

The article also states that “whoever gives a recognition, award, memorial, any kind of memento, or any privilege or similar” to a person sentenced for genocide, crimes against humanity or a war crime will be punished by imprisonment for a term “not less than three years.” Decisions made by the high representative have the power of state laws.

In Republika Srpska, one of the constitutive parts of Bosnia and Herzegovina, this move is perceived as a direct attack on the leadership in Banja Luka. The reason is the disputed qualification of the July 1995 Srebrenica massacre, where, according to some estimates, more than 8,000 Muslim Bosniak men were killed by the Bosnian Serb forces. In a number of rulings, the ICTY qualified the massacre as a genocide. While Republika Srpska does not deny the existence of the crime, it contests the genocide designation.

25 Years On, The Dayton Peace Agreement Is a Ticking Time Bomb

Many scholars have questioned the validity of such a categorization in view of the Convention on the Prevention and Punishment of the Crime of Genocide and the way this term has been used in legal practice prior to the ICTY ruling. The 2020 concluding report by the Independent International Commission of Inquiry on Suffering of All People in the Srebrenica Region Between 1992 and 1995, produced by a group of 10 international scholars from countries like Israel, US, Nigeria, Germany and Japan, among others, was the latest to raise concerns around the use of this terminology.

Bosnia and Herzegovina, once a constitutive part of the Socialist Federative Republic of Yugoslavia, was established as an independent state by the General Framework Agreement for Peace in Bosnia and Herzegovina, known as the Dayton Peace Agreement, concluded in Dayton, Ohio, on November 21, 1995, and signed in Paris on December 14 that year.

The Dayton Accords put an end to the armed conflict that followed the disintegration of Yugoslavia, in which about 100,000 people lost their lives. It created a complicated and highly inefficient state consisting of two entities, each with its own government: Republika Srpska, with Serbs as the ethnic and majority, and the Federation of Bosnia and Herzegovina, with Muslims/Bosniaks — since the 1990s, many (former) Muslims in Bosnia and Herzegovina identify ethnically as Bosniaks — as the majority and Bosnian Croats as a constitutive ethnic group, yet in reality an ethnic minority.

Later on, the federation was further split into 10 cantons, each with its own government. In addition to the two parliaments, there is a parliamentary assembly at the level of Bosnia and Herzegovina, which consists of the House of Peoples and the House of Representatives. In theory, the country’s highest executive body is the collective presidency that consists of three members from each of the major ethnic groups and decides by consensus, which, in practice, means that its work is often blocked. However, the real sovereign in Bosnia and Herzegovina is not its people, the parliament or the presidency, but the high representative.

Annex 10 of the Dayton Accords instituted the Office of the High Representative. Initially envisioned as an international chair with the mandate to oversee the implementation of the agreement, the office was radically transformed in 1997 with the so-called Bonn Authority, when the Peace Implementation Council gave the Office of the High Representative almost limitless powers in Bosnia and Herzegovina without any democratic legitimacy. Using the power granted to them by the Bonn agreement, many representatives have behaved as colonial governors, vetoing and overruling decisions made by local authorities at all levels of government, removing democratically elected officials, and arbitrarily changing state legislation.

Bosnia and Herzegovina found itself in an impossible situation. Its highly dysfunctional political system is often criticized in the West for the lack of democracy, transparency and accountability, and yet the Western powers fully support the Office of the High Representative that, itself undemocratic, only prevents the development of democratic institutions in the country.

In addition to this already complicated institutional setup, it is clear that visions for the future of Bosnia and Herzegovina sharply differ between its two constitutive entities. In Bosnia and Herzegovina — especially among the Muslim/Bosniak majority — there is strong support for a unitary state, the prerequisite of which would be the disintegration of the two entities mandated by the Dayton Accords.

On the other hand, the leaders of Republika Srpska, enjoying strong popular support, see its existence, with all of the competencies initially bestowed upon it, as the prerequisite for the existence of Bosnia and Herzegovina, as established in Dayton. Every attempt to diminish Republika Srpska can only lead to the disintegration of Bosnia and Herzegovina. If done violently, it can lead to a new war.

In this highly charged atmosphere, the question of how to describe the Srebrenica massacre is extremely important. Republika Srpska has often been called a “creature of genocide” by many local Bosniak politicians and journalists. In Banja Luka, this is perceived as a way of delegitimizing Republika Srpska. For this reason, there is a fear that popularizing the term “genocide” as a way of describing the massacre — and now outlawing any questioning of this qualification — may be used as a political instrument against Republika Srpska with the intent to create a unified Bosnian state in which the Serbs would be marginalized and oppressed.

Bosnia and Herzegovina, no doubt, represents an epic failure of Western policies toward the region. It is a dysfunctional state, in which local nationalist elites on all sides don’t need a political program to be reelected; the mere existence of nationalist elites in one entity has been sufficient to keep them in the position of power in the other. A significant number of Bosnia and Herzegovina’s citizens do not perceive this state as their country. With two fundamentally conflicting visions for the future, the only way to keep a pretense of a functioning state is through the existence of the undemocratically appointed foreign governor.

In such a situation, one cannot but wonder why Western powers consistently obstruct any discussion of alternative options for Bosnia and Herzegovina. Is it because opening that question would expose decades of their ineffective and highly destructive policies toward both the country and the region? Or is this instability in the interest of both those Western centers of political and economic power as well as local political elites?

Given the deadlock and the level of tension generated and perpetuated by the mainstream media, it seems that a peaceful dissolution of Bosnia and Herzegovina along the lines of its constitutive entities would be a much better long-term solution. It may even be the only viable solution that could prevent further suffering of the people in Bosnia and Herzegovina and its rapid depopulation, which has been unfolding as a result of economic depression and the lack of faith that the situation will improve in the foreseeable future. A peaceful dissolution could lead to more stability in the region and to better functioning of democratic institutions without (neo)colonial governors. 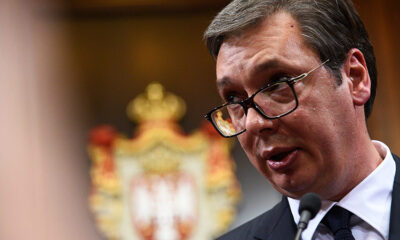