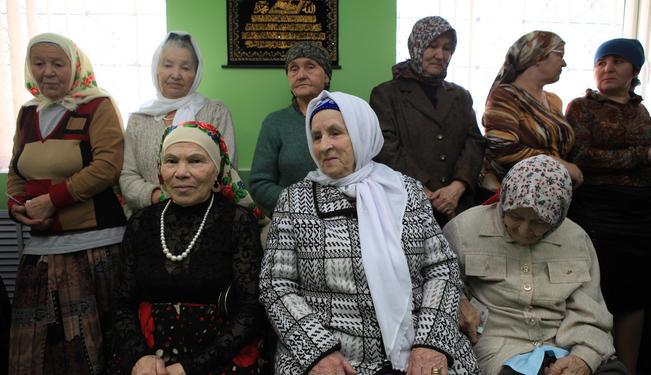 With the growing presence of Central Asians in Russia, xenophobia has started to rise.

The question of whether Uzbeks might become a titular nationality in Russia reflects ongoing, often heated discussions on the future of the country and its ethnic composition in relation to the growth of labor migration from Central Asia.

Reading over posts on Facebook, I came across a statement by a commentator from Russia, who claimed that quite soon the “Asians” — meaning Muslims from Central Asia — would soon become the dominant nationality in the country. Indeed, according to a public opinion poll published by VTsIOM on August 7, 2013, 74% of Russian citizens regard the large number of labor migrants as a negative phenomenon. For this reason, such negative social media statements find receptive audiences.

The issue of a titular nationality arises from the very legacy of the Soviet Union’s (USSR) national policy. On the one hand, the Soviets followed the ethnocentric principle in establishing allied and autonomous republics and regions as constituents of the USSR. On the other, the USSR attempted to contain the ethnocentric nationalism by emphasizing the principles of internationalism, Soviet patriotism, and the leading role of the Russian people and culture, which acted as an older brother to the other, minority nationalities.

After the fall of the USSR, this system of checks and balances in the sphere of national policies was completely destroyed, while the principle of internationalism was abandoned. As a result, nationalism was unleashed to become the dominant political force and the principle source of legitimacy for post-Soviet ruling regimes. Claims such as “Russia for the Russians” or “Kyrgyzstan for the Kyrgyz” resounded not only in kitchen debates, but also in public politics and the press.

In the Soviet period, the question over the status of Russians was not of concern. Ethnic Russians in the region retained a sufficient confidence in the present and future for a number of reasons.

Together with Russified Ukrainians and Belarusians, they predominated in the hierarchy of political leadership of the USSR and occupied the position of vice secretary of the Communist Party committees on the republic, regional and city levels. The Russian language remained the lingua franca for the central and regional media, academic literature and the administrative sphere.

However, the situation changed rapidly with the fall of the USSR, when Russians and the Russian-speaking population of the former union republics began to feel uncomfortable with the new wave of domestic nationalisms, prompting them to emigrate en masse back to Russia.

This process provoked somewhat forgotten feelings of national identity among Russians. Beginning from the second decade after the fall of the Soviet Union, these feelings were intensified again, having been triggered by the steady growth of labor migration from the former union republics, especially from the predominantly Muslim Central Asia.

The question over the status of Russians in Russia itself, which had never previously represented a matter of anxiety, suddenly became the hottest subject of debates at all levels of society.

However, the socio-demographic trends shown by the 2002 and 2010 census data in Russia suggests that while growth in labor migration from Central Asia has been certainly the case — with Uzbeks heading to Russia in large numbers — no representatives of Central Asia have any chance of becoming the titular nation of Russia.

Even migrants from Central Asia as a whole will not become the majority, absolute or relative in the foreseeable future. The proportion of Russians in the ethnic composition of the population is unlikely to fall lower than 70%, guaranteeing them an absolute majority.

What is true is that due to low birth rates among Russians, their percentage fell from 80% in 2002 to 78% in 2010. Analogous losses in the proportion of the total population are observed with other native nationalities — for example, Ukrainians, Belarusians, Tatar, Bashkir, and the Chuvash.

As for the representatives of Central Asia, especially Uzbeks, Tajiks and Kyrgyz, the situation is entirely different. According to the same census data, the proportion of Uzbeks between 2002 and 2010 grew almost 2.5 times, with Kyrgyz growing more than three times and the Tajiks by more than 1.5 times. If we extrapolate these trends of growth over the next 16 years, the proportion of these nationalities will grow from 0.4% in 2010 to 2.4% in 2026.

Some demographists raised questions concerning the validity of census data with regard to Central Asians in Russia. Whereas census data for the native peoples of Russia can be regarded as sufficiently reliable, the statistics pertaining to immigrants must be regarded with a certain level of caution.

Indeed, the registered growth in the number of Uzbeks (and other Central Asians) can be explained by the increasing waves of seasonal labor migrants, the majority of whom return home after a while.

The 2010 census registered 289,862 Uzbeks. This number apparently includes not only those Uzbeks who have received Russian citizenship and a long-term (granted for up to five years) and temporary (granted for up to three years) residence, but also seasonal migrant workers.

But comparing these figures with statistics on migration, one can reveal that not all labor migrants residing on Russian territory at the time of the survey were registered by the census. According to official informationfrom the Federal Migration Service (FMS) of Russia, in 2009, 1.5 million “legal” and “illegal” migrants arrived in Russia from Uzbekistan. That is more than five-times more Uzbeks than were recorded in the 2010 census.

This is not surprising. As the Russian demographists fairly suggest, census data simply does not account for a significant number of migrants making efforts to avoid any kind of registration and contacts with authorities.

At the same time, it is also apparent that the number of Uzbeks who decide to settle down in Russia increases every year. The reasons for this wave of re-settlers are economic, social and religious.

The economic reasons are apparent: The living standard in Central Asia, with the exception of Kazakhstan, is significantly lower than in Russia. Apart from that — and this will may sound paradoxical — the Uzbeks (as well as the Tajiks) experience significantly greater freedom of faith in Russia and have the opportunity to freely visit mosques without being persecuted for it, as opposed to their Muslim homeland.

Yet even taking into account the growing numbers of labor migrants from Central Asia, there is no sense in comparing them with the Russian population, but rather with other, less-numerous ethnic groups in Russia.

Here, we see an entirely different picture. According to projected data* for 2026, there will be twice as many Uzbeks as Ukrainians, six-times more than Belarusians, and about as many Uzbeks as Tatars, Bashkir and Chuvash.

In other words, the presence of people from Central Asia has become noticeable and visible in Russia, almost in all its provinces, cities and towns.

It is in this context that waves of xenophobia have started to rise and that more and more Russians have come to voice concern about the changing face of Russia’s cities, which, at least in appearance, are becoming less “Russian.”

One Russian woman expressed her discomfort on Facebook in the following way:

“Do you personally believe that the situation with immigrants in Russia is OK? I, for example, have never considered myself a nationalist. On the contrary, I felt certain repulsion toward this way of thinking.

“But since recently I’ve come to recognize that I don’t feel at home living in my own city. All around you hear loud, alien speech. They don’t know how to speak quietly. You see unfriendly, alien faces following you from behind — an alien slit of the eye. There are too many of them now. They gather about in wolf packs, loiter in front of our store by the metro. I’ve come to feel ill at ease returning home in the evenings. I don’t know, maybe you find that kind of situation normal, but not me.”

Such moods are perfectly manipulated by the Putin regime, which sees no other way to reinforce its legitimacy than by fostering Russian nationalism.

As it turns out, decades of Soviet propaganda against racism and ethnic nationalism have been in vain. Just 20 years after the fall of the USSR, despite protests from a handful of the liberal intelligentsia, Russian citizens have entered a period of rising xenophobia and hostility toward former “little brothers.”

This situation is akin to what western Europe witnessed just a generation or two ago, when Arabs in France or Indians and Pakistanis in Britain would have often felt similar hostility from the domestic white population. But thanks to democratic institutions and liberal traditions, this rhetoric — Islamophobic or otherwise hostility toward migrants — has been forced out from mainstream politics to become a language of marginal political groups.

It would seem that at the end of the day in Russia, the same thing will happen,  and only under one condition: if democracy prevails in the country, allowing liberals a chance to firmly occupy the political center.

*[Note: This projection was calculated by the author and is based on census data for 2002 and 2010 — observing the trend between those years.]