The upcoming election marks the next turning point in a constitutional crisis triggered by Madrid’s decision to dissolve the Catalan government.

The run-up to the regional election on December 21 is widely seen as a second referendum on Catalan independence, which has fueled continued protests and business uncertainty over the status of the Catalonia region. The future of the separatist movement and its implications for Catalonia will be shaped by both the outcome of the vote and the actions of key players in the crisis, namely recently exiled Catalan leader Carles Puigdemont and the Spanish government led by Prime Minister Mariano Rajoy. It remains unclear which side voters will favor in the highly contested election. However, even in the event of a pro-independence win, Catalonia is unlikely to successfully secede from Spain for the foreseeable future. Spain’s tough response and international support for Madrid’s position would serve to either block or deter secession.

Both sides have decided against forming a single coalition party ahead of the vote, fueling further uncertainty over their ability to secure a clear majority. The two main separatist parties, Pugidemont’s Catalan European Democratic Party (PDeCat) and the Republican Left of Catalonia (ERC), plan to run on separate tickets in December. This decision means that the vote could be split between factions of the independence movement. Projections indicate that no party will win an outright majority. In the event of a hung parliament, either pro-independence or pro-unity parties could form a coalition government, depending on the distribution of votes.

A poll by major Spanish newspaper GAD3 on November 20 showed independence parties marginally ahead of their unity rivals by 1.97 million votes to 1.96 million, indicating that separatist parties could dominate any coalition talks. The poll also gave the separatist ERC, the party of deposed Vice-President Oriol Junqueras, a narrow lead over the leading Ciudadanos party. However, the ERC and PDeCat would still fail to win enough seats to form a majority coalition government. PDeCat and ERC ran on a joint ticket in the December 2015 Catalan regional elections, but only managed to form a coalition government alongside the far-left Popular Unity Candidacy (CUP), underscoring the difficulty of security a majority.

There are, therefore, two core scenarios that could play out depending on whether the electorate favors the separatist or unity movement.

A win by pro-independence parties would escalate the crisis and lead to a renewed standoff with Madrid. This would prolong instability and uncertainty for businesses operating in the region. This scenario could see more businesses relocate their headquarters out of Catalonia, which could in turn trigger further disruptive labor unrest over concerns of job losses. Public services and transport sectors will be most vulnerable to disruption in the event of renewed unrest.

Puigdemont and detained leaders of the separatist movement are still eligible to hold office until they are convicted of their crimes. Their uncompromising stance on Catalan independence could prolong the deadlock between the regional government and Madrid, should they return to power.

Madrid’s jailing of Catalan leaders has served as a flashpoint for protests and enabled the leaders to portray themselves as political prisoners. Puigdemont, who is currently in Belgium, is due to attend his extradition hearing in Belgium on December 4, one day before the election campaign begins. The timing of the hearing could bolster the separatist movement at a critical period.

A win for parties opposing secession from Spain would help to de-escalate the crisis in Catalonia. An uncontested victory for pro-unity parties such as Ciudadanos, the Catalan Socialist Party and Podemos would likely reduce the intensity of unrest in the region and ease uncertainty for businesses. However, the outcome will not end the centuries-long independence movement in Catalonia that consistently enjoys significant popular support. Smaller-scale bouts of unrest are, therefore, likely to continue.

Foreign Minister Alfonso Dastis has also said the government is considering the possibility of a nationwide referendum on Catalan independence. Furthermore, Madrid is reportedly open to talks on measures that would allow Catalonia to collect and manage its own taxes. The latter has been a key demand of separatists and could help to defuse the current crisis.

Strong turnout is expected to bolster the chances of anti-independence parties. Some polls have suggested that turnout in the December poll could reach 80%. This is significantly higher than the 42% turnout in the independence referendum in which 90% of voters backed secession from Spain.

Since October, Catalonia has witnessed repeated protests both for and against independence. Some demonstrations have been attended by hundreds of thousands of people. Civil unrest has negatively impacted Catalonia’s tourism industry and caused significant disruption to transportation and the ports sector.

Mass civil disobedience in response to Spain’s decision to invoke direct rule over the region has declined since Madrid called for new regional elections. Sporadic protests and calls for strike action over Catalan independence have, however, continued. Some protests have continued to attract large crowds, as evidenced by a November 11 protest to demand the release of jailed separatist leaders attended by about 750,000 people, according to police in Barcelona.

Most of the unrest has been centered in Barcelona, impacting the region’s tourism industry. Flight reservations to the city fell by 22% in the two weeks after the referendum, and forecasts for growth in the sector have been reduced from 4.1% to 3.1% in 2017, according to nonprofit industry body Exceltur.

Catalan roads, rail and metro services have faced repeated disruption in recent weeks. On November 8, pro-independence protesters blocked more than 60 sections of roads and highways. Commuter and national high-speed rail services were also interrupted by protests. Similarly, a general strike on October 3 saw demonstrators block up to 50 roads in Catalonia, including the main highway linking Spain to France.

The referendum has created an uncertain business environment for exporters and banks based in Catalonia. More than 2,000 companies have relocated their legal headquarters out of Catalonia amid heightened regulatory uncertainty. Major banks such as Sabadell and CaixaBank were among the first to relocate from Catalonia. Their decision reflects concerns that the banking sector could be among the worst-hit in the unlikely event that Catalonia successfully secedes from Spain.

Uncertainty around Catalonia’s future relationship with the EU is a major source of concern for investors and businesses in the region. EU rules would require Catalonia to reapply for membership of the body in the event of secession. Spain, or any other EU members, could block Catalonia’s EU accession, creating further uncertainty. This factor has greatly contributed to the mass relocation of legal headquarters out of Catalonia since the referendum. Withdrawal from the EU would see tariffs re-imposed and lead to a period of economic instability. This scenario is particularly worrying for manufacturing companies in the region, as Catalonia accounts for one quarter of Spain’s total exports.

The constitutional crisis over the status of Catalonia has escalated since the region voted for independence on October 1. On October 27, Madrid triggered Article 155 of the constitution, dissolving the regional government minutes after Catalonia’s parliament voted to secede from Spain. The move allowed the federal government to dismiss Catalan leader Carles Puigdemont and his cabinet and take control of Catalonian institutions, including the police.

Puigdemont and 13 former members of his administration are now facing charges of sedition, rebellion and misuse of funds for organizing the “illegal” referendum. The former Catalan leader and some of his former cabinet members have fled to Brussels. Puigdemont remains in Belgium, pending a decision by a Belgian court on whether to execute the European arrest warrant issued against him and other former Catalan officials by Spain. 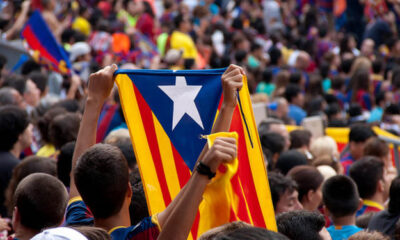 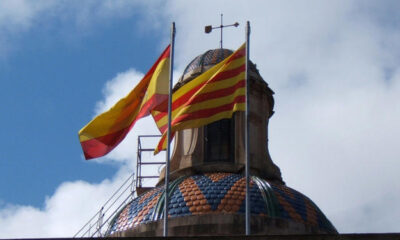