Without a trade agreement in 2018, the United Kingdom is at risk of crashing out of the EU.

Leaving the European Union is not that simple. Having pulled off a last-minute agreement with the European Commission to move forward, Brexit Britain is feeling the burn this winter. The next stage is the big one: future trade relations. If all goes well, the talks should be coming to a close by fall 2018.

But it’s hardly that black and white for the land of the Union Jack. For Callum Williams of The Economist, “Brexit has harmed Britain’s standing in Europe.” Described by some as “clumsy and amateurish,” the Conservative Party government, led by Prime Minister Theresa May, has been criticized for lacking a clear strategy for leaving the EU.

Ed Miliband, the former leader of the opposing Labour Party, didn’t hold back when he tweeted: “What an absolutely ludicrous, incompetent, absurd, make it up as you go along, couldn’t run a piss up in a brewery bunch of jokers there are running the government at the most critical time in a generation for the country.”

The UK capital is an international city, and Brexit could lead to big banks and companies grabbing their passports and heading to mainland Europe. For Williams, “London assumed this position as the number one destination for people to go and work from abroad. I think Brexit will threaten that.”

Trade deals are far from easy, especially when it’s with a bloc of nations like the EU — just ask the Canadians. The fear is that talks between London and Brussels will break down. Despite the British government’s openness about walking away without a deal — effectively crashing out of the EU overnight — the economic repercussions could be dire. Italian journalist Beppe Severgnini sums it up: “You don’t need to be a financial wizard to understand that people are worried, investors are worried, and they may well take their money away somehow from Britain.”

*Watch the video above as The Economist explains what lies ahead for Brexit Britain in 2018. 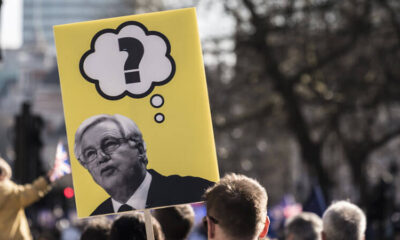 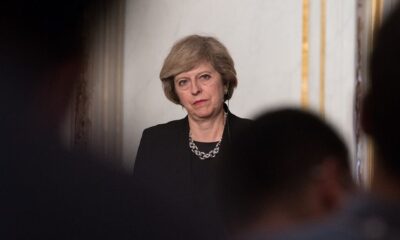 The World This Week: Theresa May Pulls Trigger on Brexit