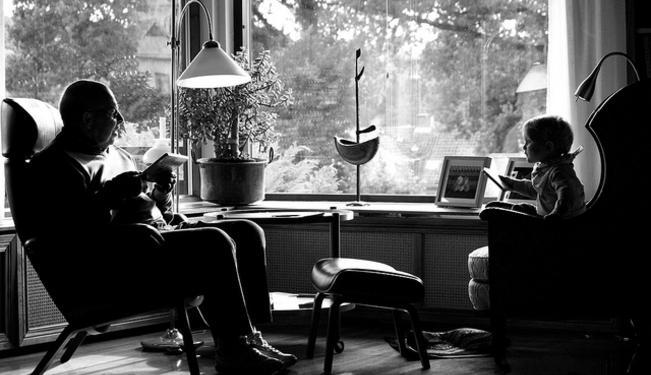 No, this is neither a review of the film The Curious Case of Benjamin Button that was directed by David Fincher,nor is it a review of the 1922 short story by F. Scott Fitzgerald, which was adapted for the film. However, it could be; for their shared plot mirrors the excruciating effect that the economic and financial crisis is having on younger generations.

For those who have not seen the film, it tells the story of a man who is elderly at birth and a child when he dies. Because he experiences aging in reverse, the people he knows and loves disappear as he gets younger.

In a sense, this is precisely what has hit hard upon the younger generation—an inversion of the expected development of their lives. Grosso modo, the financial and economic crisis that brought the European Union to a crossroad, has made hostages of Europe’s youth.

One could compare the sequence of generations to a “building” that eternally constitutes itself and to which all of us belongs. This building has the character of a Totum analyticum, one whose parts presuppose in their possibility their composition within the Whole. Hence, each moment of this “building” is co-defined by all the other moments. Some levels of “Europe’s building,” if one may say so, were torn apart by two world wars and deeply divided throughout The Cold War. These events determined the fate of entire populations.

The EU was created not only because of, but also despite, this everlasting struggle of interests and war conflicts, which has shaped Europe’s character. It also signified a new economic strength, which idealiter should place Europe ahead of the curve. The generations to come would and should benefit from it. Notwithstanding the political implications, all the conditions for an “upgrade” of the building were given and the European project provided better education, better life standards, and above all gave new meaning to the concept of being a European. The average young European is more educated than before and his “living space” extends from Lisbon to Helsinki—with no frontiers or exchange rates.

However, the young generation does not represent a real “upgrade” of this building. Instead, it symbolizes the ultimate paradox of such an endeavour: young people today live in their parents’ home for longer than previous generations, face the highest rates of unemployment and underemployment in the last 30 years, and have fallen into the grace of uncertainty.

At its core, this problem was not created by the present crisis and there are several aspects underside it. One factor concerns Europe’s demographics. A higher life expectancy, combined with current retirement policies, tightens the labourmarket to a point where the only things left are short-term or temporary jobs and dead-end call centers. According to the Euro Stat, in September 2011, 5.308mn young people (under the age of 25) were unemployed in the EU-27. The highest rates are in Spain at 48.0% and Greece, with 43.5% in July. These are overwhelming numbers.

Even when governments intervene to amend the situation by funding internships or collaborations between universities and companies, the majority of them are unpaid. Young people have fewer blank spaces in their curricula, true, but are still unable to pay the rent. They are given the opportunity of getting a foot in the door, but it is always accompanied by a silent and violent “it won’t get better than this.” Hence, the number of young people emigrating from the most affected countries of southern Europe is rising and approaching those of the 1970s. However, there is a difference regarding the emigration movement then. Nowadays, those who abandon their country of origin have higher academic qualifications in contrast to those who in ‘70s were mostly poor people with no education at all. It would make sense that a more educated youth would have better chances in the labour market, and the recession itself should boost their hiring because they cost less to employers, but this is not happening.

The European commission president, Mr. Barroso, said at the recent Multiannual Financial framework conference that the money being invested in Europe is directed towards young people unable to find jobs. The new president of the European Central Bank, Mr. Draghi, stated at the G20 Cannes meeting that he understands the rage of those who integrate the “indignados” movement. In addition, at the end of the meeting it was announced that a task force would be created in order to promote employment for young people.

Well, it all seems very promising. On the field though, the plans to overcome the crisis promote austerity, which leads to recession, high unemployment rates, and substantially raises youth emigration. It is very difficult to understand how this is going to rescue Europe from its slump or how it can prevent long-lasting effects in the next generations.

Herein lies the paradox. The scope of such an “upgrade” of Europe’s fate has converted itself exactly into that which was the starting point of the EU project—a devastated Europe medicating the wounds of World War II. Ultimately, young people today are facing not only an aggravation of the problems the EU wanted to leave behind, but are also put to the side, as if on hold, while the EU strives ineffectively to lower the damage of something its project had not foreseen—a truly existential crisis.

The EU “redemption,” however, did somehow prosper although it exasperated the oxymora that were already latent in the pre-EU era. Thus, the young European is better educated, but has fewer future perspectives and dwells in a somehow Pascalian disproportion between expectations and real achievements. Life standards are better, but the financial and economic crisis, which is pushing Europe to the brink, is bringing back standards only known to grandparents. So what does it really mean to be a young European today?

It may well be that the answer to this question pushes the paradox a little further, when one realizes that young Europeans are facing problems similar to those that once affected their grandparents. In other words, the inability of being autonomous, and therefore somehow being retained in a forced infancy, reverses the normal course of this young generation’s development.

There are two main aspects that reflect such an analogy. On one hand, the concept that defines the role of the individual in society (i.e. that shapes the social image each of us holds regarding the Other) is, among other things, labour. Labour plays the major role in the binomial taxonomy of population regarding its sociological differences of active labour force versus non-active labour force. To the extent that work activity is a means of producing social relations, it follows that the cessation of this activity translates a significant loss of these relationships. It is here that family relationships gain another dimension. Now, one immediately recognizes this phenomenon as something that pertains to those who are retired, but this is what is happening to the younger generation: isolation, detachment from social life, and general mistrust of all sorts of institutions.

On the other hand, the patriarch—the elder—whose age once reflected good guidance and wisdom for the family, has become a burden in modern society. The elderly are now seen as economic burdens; non-taxpayers responsible for overloading the social care system. This is also what is happening to the younger generations. They have become a financial burden to their parents – unable to sustain their autonomy. Being so, in the same way the elderly experience a continuous loss of autonomy due to a loss of physical capacities, young people suffer from a reversed loss: a continuously postponed autonomy caused by the present economic and political environment.

Hence, the Benjamin Button effect. In fact, rather than a lost generation, Europe’s youth is a postponed one. The effects of the current crisis will unfold a conflict between generations regardless of what happens to the Euro zone or which political arrangements shape Europe’s future. The present state of affairs is a serious issue and demands immediate action. It is in Europe’s hands to acknowledge that without a prosperous and integrated youth, there will be no “building” to sustain, but only a cluster of social apartheids.