Earlier this year, Kosovo elected Albin Kurti as prime minister. Progressive, pro-American, pro-justice and anti-corruption, Kurti was precisely the kind of politician Americans would ordinarily wish to see in power in the region. And yet the US has orchestrated what Kurti has called “a parliamentary coup d’etat” to replace him with Avdullah Hoti, who, as soon as he was installed, reversed the measures Kurti had taken to promote reciprocal sovereign relations between Serbia and Kosovo.

Emerging out of the protests in Kosovo against the failures by the EU and the UN to address the massive corruption and pro-Serbian bias undermining peace negotiations between Belgrade and Pristina, Kurti had staunchly refused American requests that Kosovo remove the import tariffs it had imposed on Serbia’s goods for its refusal to recognize Kosovo as an independent state. But if Kurti wanted to garner the same respect for Kosovo that Serbia was getting from the West, and the Trump administration in particular, his recalcitrance soon proved costly.

Will Bosnia and Herzegovina Ever Rise Above Its Ethnic Divisions?

Congressional Republicans, with Trump’s blessing, threatened Kosovo with the loss of $49 million in US support, along with US peacekeepers still deployed in the country. And so, after less than two months in power, Kurti was labeled anti-American and swiftly ousted in a vote of no confidence. Unsurprisingly, Hoti, as Kosovo’s new prime minister, made immediate concessions to Serbia under the guise of aiding peace negotiations.

A few weeks ago, an ad hoc White House summit between Serbia and Kosovo intended to promote the idea of land swaps within the region was abruptly canceled after a special prosecutor in The Hague hijacked the US plan with a surprising move by indicting, on June 24, Kosovo’s president, Hashim Thaci, for war crimes in the Kosovo Specialist Chambers and Specialist Prosecutor’s Office even before the pre-trial judge’s confirmation of the charges. This indictment may or may not prove legitimate according to due process, but it did achieve the immediate result of removing the one remaining obstacle to a rushed peace treaty from which Kosovo was unlikely to benefit.

Thaci’s role as president is largely ceremonial, but his early leadership of Kosovo’s liberation from Serbia and his standing as one of the country’s most prominent politicians of the last 20 years would have made him a formidable peace negotiator.

The conspicuous timing of this indictment, then, was entirely to the advantage of Serbia and, by extension, Russia. The peace negotiations will go on with Kosovo’s delegation being limited to Hoti, a bit player likely to agree to whatever is put on the table. Serbia, on the other hand, is led by a rising authoritarian, Aleksandar Vucic, whose party has just won a parliamentary majority in an election the integrity of which has been broadly questioned by the country’s opposition.

Serbia’s minister of information in the late 1990s, Vucic, is credited with banning foreign media and any criticism of the government. Equally sacrosanct is his relationship with Russia. Vucic recently hosted Russian President Vladimir Putin in Belgrade, gifting him, perhaps symbolically, with yet another puppy. In return for this kind of clearly demonstrated loyalty, Putin has been good to Serbia, delivering anti-aircraft weapons but also actively arming Bosnian Serb police and training paramilitary units to strengthen the voices of separatists in the region.

Putin has similarly turned Milorad Dodik, the current representative of Serbs in Bosnia and Herzegovina’s (Bosnia) tripartite presidency, into a political puppet. Emboldened by Trump’s deference to Putin, Dodik has undermined all of Bosnia’s efforts to join the NATO alliance. He has even promised to Bosnian Serbs that he would break up Bosnia and annex nearly half of its land to Serbia, which Serbia — along with Bosnian Serbs — has already ethnically cleansed of Bosniaks (Bosnian Muslims) during the 1990s genocide. Dodik’s continued destabilization of his own country reflects the extent to which Putin dominates the region. To bolster Dodik’s power, in April of this year, Putin stunned Bosnia and Herzegovina’s government by sending Russia’s military units into the country, uninvited.

If it was not already clear enough, it is now: Putin has successfully enlisted Donald Trump as a pawn in Russia’s long-term geopolitical game in Europe. And with an unfettered Russia free to make such moves as Putin chooses, we may soon be witnessing another round of serious bloodshed in the Balkans. The threat has not gone unnoticed.

Europe saw Thaci’s indictment as an opening to inject itself into the peace talks between Kosovo and Serbia. Only a day later, the president of the European Council met with Kosovo’s prime minister; the “1st physical visit since coronavirus” by the president of the European Commission was also with Hoti. Having now been summoned by the EU and perhaps overwhelmed by the pressure brought to bear by his western neighbors, Hoti agreed to participate in new Europe-led peace talks with Vucic that would take the place of that canceled White House summit.

The EU was rightly concerned with the direction of the peace talks led by Trump’s envoy, Richard Grenell, and the consequent violence that might have ensued had the peace agreement legitimized the idea of land swaps, as Trump’s former national security adviser, John Bolton, has now confirmed were being discussed. As far as Bolton is concerned, “This happens in history, that’s just something you have to live with.”

But Europe is far less indifferent to the kind of bloodshed such land swaps might trigger in the Balkans. The EU, after all, now includes Croatia, a country bordering Serbia, which, if drawn into a conflict, would undermine the long-term viability of the already weakened transnational organization. In short, a peace treaty endorsing the land swaps would open a Pandora’s Box of tensions reigniting Serbs’ old claims over territories in Croatia, Bosnia and Herzegovina, and beyond. Violence of this kind in the Balkans will assure Putin’s ultimate goal of destabilizing Europe. Once again, Russia will have a point of reentry into Eastern Europe, through its own backdoor — the Balkans.

Under the malign neglect of Trump’s presidency, Vladimir Putin has crafted for himself a unique window of opportunity within which to instigate violence in the Balkans, capitalizing on likely Serb secession from the handful of nations born out of the fall of Yugoslavia. Serbs in Montenegro, Serbs in Bosnia and Herzegovina, Serbs in Croatia and Serbs in Kosovo have long hoped to join into a Greater Serbia, an ethnically cleansed and imagined nation void of religious diversity. It was this same Serb ambition of ethnic purity that led to several wars and the unforgettable genocide against Bosnian Muslims in the 1990s.

The Bells of Hate

Today, the bells of hate chime more widely yet, drawing upon white supremacy throughout the West. Aided by Russia and a half-witting Trump, an authoritarian-led Serbia is entirely capable of initiating bloodshed as relentlessly and dangerously as it did in the 1990s — perhaps even more so.

Setting aside Trump’s own race and religion-based sympathies for Serbian nationalism, American national interests in no way align with Serbia’s agenda of redrawing borders in the Balkans. But with Putin pushing for it, Trump has been in a hurry to help out however he can. And why wouldn’t he be, just ahead of a November election in which his Russian friend may once more be able to play a critical role?

So while Europe and the US continue to trip over each other, this is the perfect opportunity for Putin to legitimize the idea of redrawn borders. Serbia and Kosovo are one thing, after all, but validating the concept for implementation elsewhere? This would really be something, taking geopolitics back to a mode in which military conquest and ethnic cleansing, rather than aspirations to democracy, human rights and social justice, are what shape the fortunes of nations.

Putin is a long-term strategist who, while no one was watching, has actively planted the seeds of the EU’s demise in the Balkans. And make no mistake: Neither a canceled meeting in the White House nor another summit hosted by Europeans this summer is going to stop him. In the wake of Richard Grenell’s White House summit debacle and the EU leaders’ evident panic for what comes next, the only thing meaningfully standing in Putin’s way is the tiny NATO-protected country of Montenegro. Last year, Russian military intelligence agents were convicted for their role in a 2016 coup d’état aimed at thwarting Montenegro’s attempt to join NATO. Though the attempt failed, Putin didn’t stop there.

In 2018, only three days after the infamous off-the-record meeting between Trump and Putin in Helsinki that shocked the world, President Trump stunned us all yet again when he proclaimed that NATO’s insistence on protecting this newly admitted member, Montenegro, would trigger a war of global proportions. Few were inclined to take this seriously at the time, but watching Trump’s hastened interest in appeasing Russia with the peace treaty between Kosovo and Serbia, America’s indifference toward the rise of Putin’s control over Bosnia and Herzegovina, and the recently announced costly withdrawal of American troops from Germany in the midst of America’s own national crisis shines a light not only on Washington’s shifting alliances but also new dangers on the horizon.

While the US president insists on enabling serious mischief in the Balkans, Europe can only watch in fear, too weak to stop what may be coming next. Bearing in mind the fact that it was Franz Ferdinand’s assassination by a secret Serb military organization that triggered the First World War, we would do well right now not to look the other way. 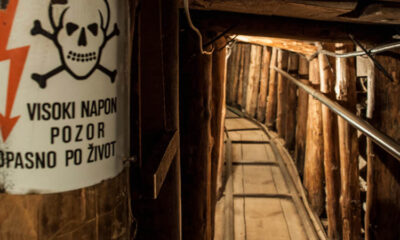 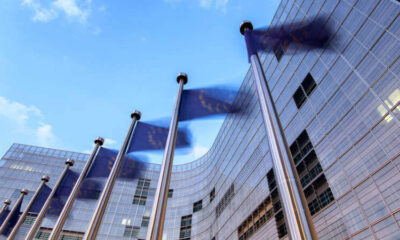 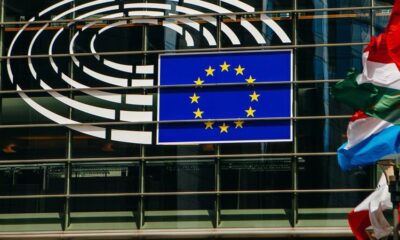 EU Enlargement: The Target for the Western Balkans