It would be refreshing to see adults talk with frankness about sex.

I am a 19-year-old living in India, where it seems that every debate on sex education has its roots in birth control, safety and battling false information. While these perspectives are doubtlessly important, I have never looked at their pertinence from an emotional point of view.

I always thought we inevitably get the practical information about sex from our peers, much earlier than the high school syllabus even acknowledges it. The only chapter that talks about sex is on reproduction in biology, introduced in 10th grade. It covers all the systems of the human body, from circulatory to the nervous, and there are merely two pages devoted to sexual intercourse. On top of it, the content is in the most technical and distant language imaginable. While the chapter covers the technical aspects of reproduction, it doesn’t mention the word “sex” at all. Most prominence is given to how the baby develops inside the uterus, and that can hardly qualify as “sex education.”

Teachers, before beginning the chapter, usually warn students against laughing and hooting. It was so boring for us that we were actually surprised as to why the teacher would think we’d hoot in the first place. It seems as though the scandalous image of sex has been passed on from generation to generation.

One day, I realized I had a completely convoluted and misinformed notion of sex. Even though I was completely fine with the idea of it on the surface, every sexual thought that went through my mind was about being dominated or raped. Sex wasn’t a happy activity but a shameful secret to be guarded.

This made me wonder why every thought I had about sex was so violent. I have friends who’ve had sex, and they are usually very comfortable about sharing their experiences with me. But even though they are adults, they don’t seem to find such comfort in discussing relationship issues with their parents. I have been a student of a reputed co-ed private school where I fostered friendships with male students just as easily as female ones, and I am never uncomfortable among friends, or in public, while they converse in innuendos. So why is the topic of sex stored in my brain with such dark matter?

I realized that ever since I was a child, all I was told was that sex is “bad” and “wrong,” something no self-respecting human would engage in on their own free-will.

The first time I became aware of sexual relations between a man and woman was through warding off molestation. It was unavoidable for my mother to educate me about this, and even though she didn’t mention details, I was told to not let anyone touch certain parts of my body.

Even today, television and the media are filled with gory news of rapes in India, and yet the positive aspect of sex is missing from the agenda. While we grow up seeing our parents having an aloof, businesslike relationship with each other, we have no model to emulate. The problem is not what they tell us about sex, but the complete lack of information on the subject from grown adults.

This “bad” or “wrong” also stems from the fact that young women shouldn’t engage in pre-marital sex or even think about things like kissing — or men in general — because that would endanger their “purity” and label them as “immoral,” resulting in no one wanting to marry them. The biggest, and probably the only, goal that girls are expected to aspire to is marriage.

Society taught us to be scared of our own sexuality by always criticizing our behavior. Freedom is synonymous with promiscuity. For example, berating Western wear, in the name of culture and tradition. Even though women are starting to have as many career choices as men in India, some policies adopted by schools and colleges seem purely misogynistic. Some elite public schools have started to change their uniform from a skirt and shirt to a traditional salwar kameez, not providing a choice for girls to wear whatever they like.

The whole drive to cover up the female body strikes me as absurd, since the only person who should be allowed such authority is a girl herself.

Most hostels have discriminatory curfews, with women being called in a lot earlier than men. Authorities deem these decisions to be for a woman’s protection. The point escaping everyone’s mind is that an adult woman has and can exercise her own free will. It seems as though women have been reduced to mere sex objects, and all the decisions for them have been made already — keeping in mind “their protection” or more clearly the protection of their virginal value.

The problem with skirts isn’t that they’re not traditional, but that it shows the skin people are so used to seeing hidden. Women must have freedom of choice, but society is scared that if it was up to women, they’d always choose to embrace their sexuality. This is obvious, since trying to curb sexuality goes against natural instinct.

In Bollywood movies, the bad guys pursue the heroine in order to malign her virtue — this being the only scene in Indian cinema where the euphemism of sex is evident — while the hero saves her as they dance to peppy songs. The hero gives her flowers and respect, and the heroine, as a rule, always says no to any physical advancements as she shrugs and runs away, saying “someone will see.”

In television shows, the protagonist always manages to get pregnant somehow, which becomes the source of joy for the whole family. And yet the act that made it all possible was eliminated from the story.

There hasn’t been any positive depiction of sex in my life, even though I am educated and open-minded; I still don’t know how to embrace this side of myself. Where are the strong heroines who have sex with men and then realize they aren’t made for commitment? Or a couple who love each other and have sex like normal people would, without the end mission of producing a progeny?

Not knowing anything about sex leads us to have weird thoughts and desires that we are too ashamed to share with anyone, resulting in a peculiar indifference in marital bonds.

While society expects me to get married and become pregnant one day, I fail to see how this would take shape as a “happy event” for me. With the negatives of the ritual embedded in my mind (and of a lot of women like me), how does society expect us to suddenly metamorphose into wives when it has built a whole castle of hate on one of the most fundamental aspects of marriage? Society has taught us to save our bodies, to hide our bodies, be ashamed of our bodies, but it also expects us to become absolutely comfortable when it decides the time is right.

Consider this for example: From a very early age, you condition your children to believe that partying at night is a bad habit; they start agreeing and thinking the same. While they’re in high school, they see that everyone is partying and they want go through the same rite of passage. Since they already know you’re against this, they sneak out of the house at night. That puts them in an unsafe position. But if you had been open to the idea of at least listening to your child, maybe you could guide him or her on the precautions they should take at parties.

It is the same with sex. Even though the young generation is engaging in sexual intercourse, we see many women labeled as sluts by their peers due to the negative conditioning. They still have sex, but they also think of it as something negative, making them resent their partner.

Sex education is important in India. It would be refreshing to see adults talk with frankness about this part of their life, making it seem normal. It is essential for teenagers to understand that while it’s not suggested they jump in bed with someone this very moment, it wouldn’t be wrong if they choose to have sex as consenting adults.

ves from around the world. Help us to inform and educate. Your donation is tax-deductible. Join over 400 people to become a donor or you could choose to be a sponsor. 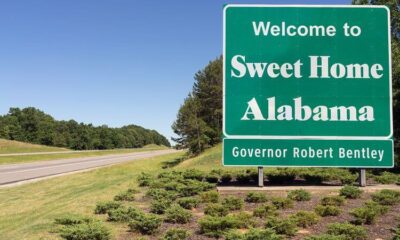 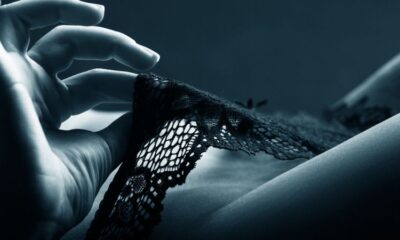 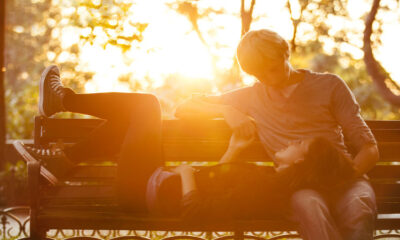