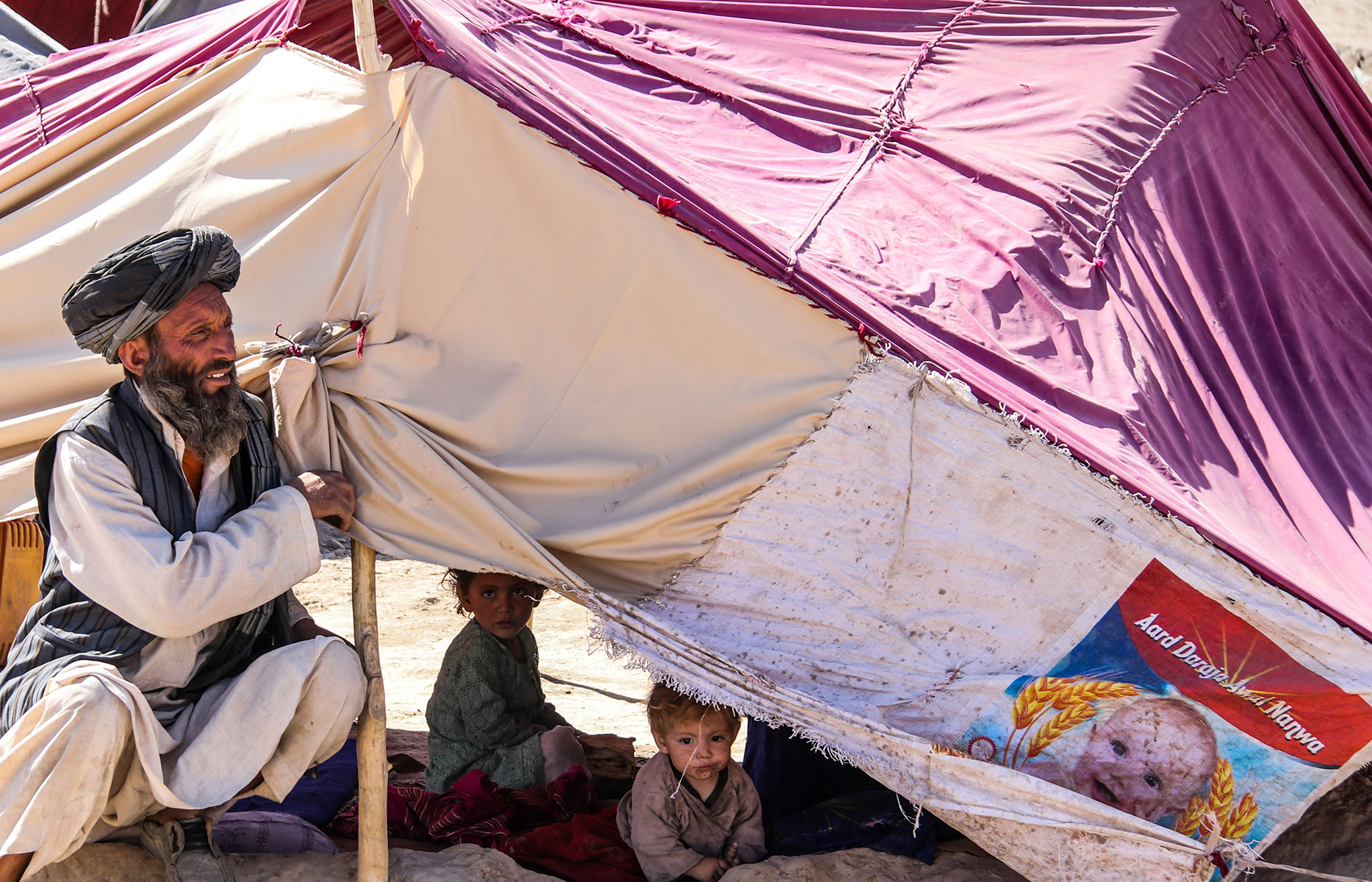 After the shambolic US withdrawal, Afghanistan faces an existential problem: Its very existence as a state is now in question. Most people forget that Afghanistan is a patchwork of disparate ethnic groups and remote villages. Unlike Germany or Japan, it is not and has never been a nation-state. Since the 1880s, Afghanistan has been a state based on a loose coalition of poorly governed provinces, forgotten villages and marginalized ethnic groups.

For more than a century, different power centers in Afghanistan have had some sort of representation in the central government, even if they often got leftovers from the dominant Pashtun ruling class. This class was repressive and often bloody. Abdur Rahman Khan, the Iron Amir, conducted genocide against the Hazaras in the 1890s, erased a substantial part of the cultural heritage of Nuristanis by forcing them to convert to Islam, and confiscated fertile lands of Tajiks and Uzbeks in the north only to redistribute them to Pashtun tribes. Even a modernist king like Amanulla pursued the Iron Amir’s policies. Yet, at the helm of power, there was generally a servant’s seat at the table for other ethnic groups such as the Tajiks, the Uzbeks and even the Hazaras. This seat at the table along with the backing of superpowers, first the British and then the Soviets, kept the state and the political order intact.

When the Soviets invaded in 1979, the Pashtun-dominated order of Afghanistan gradually crumbled. Ideology trumped ethnicity, and groups like the Tajiks, the Uzbeks and the Hazaras rose in prominence. Much credit for this goes to Babrak Karmal, the president of Afghanistan from December 1979 to November 1986. When the Soviets withdrew in February 1989, this order collapsed. The battle-hardened mujahideen groups fought a brutal civil war in which Tajik leaders Burhanuddin Rabbani, leader of the Jamiat Party, and Ahmad Shah Massoud, known as the “Lion of Panjshir,” held the upper hand.

The Pashtuns struck back through the Taliban and took over Kabul in 1996. They exercised power over most of the country while Massoud was leading the resistance to the Taliban government from the Panjshir Valley. He was killed in Afghanistan two days before the 9/11 attacks in 2001 by an al-Qaeda suicide squad masquerading as journalists on the pretext of filming an interview. Even after his death, the resistance to the Taliban continued and Massoud’s fighters contributed heavily to the ground fighting that drove out the Taliban from much of the country, including Kabul.

In the five years of Taliban rule from 1996 to 2001, the Pashtuns returned as the dominant military and political group. They ran an autocratic regime, marginalizing other ethnic groups and suppressing opponents. Hence, resistance to the Taliban was persistent and ferocious in many parts of the country.

The 9/11 attacks led to the American intervention and the creation of a new democratic state. Tajiks, Uzbeks, Hazaras, Turkmens and other marginalized communities became active participants in the political process. Despite its fragility and flaws, the post-2001 political order and its democratic components offered a unique opportunity for Afghanistan to transform into a functioning polity and society.

The governing Pashtun ethnonationalist elites, their non-Pashtun partners, including conservative warlords, and the reemergence of a Pashtun-led insurgency squandered the resources and opportunities that otherwise might have consolidated a civil and democratic political order.

The Taliban’s forceful return to Kabul last August ended the post-2001 American-backed constitutional order. Today, chaos prevails and a fanatical Pashtun clergy has a vice-like grip on every aspect of Afghanistan’s social, political and economic life. Furthermore, the Taliban are fanatical Muslims with ethnofascist tendencies and a profound apathy for Afghanistan’s ethnic, cultural and political diversity.

In recent months, many analysts have been very charitable to the Taliban. In an interview with Fair Observer, political analyst Anas Altikriti said, “The reality is the Taliban have won and in today’s world, they have the right, the absolute right to govern.” If the right to govern comes from conquest, then Altikriti is right. Lest we forget, the Taliban have yet to win an election or demonstrate that they are actually capable of governing. Moreover, they are rigid, dictatorial and revanchist. An inclusive political formula that represents Afghanistan’s mosaic-like diversity is impossible so long as the Taliban remain exclusively in charge.

The legitimate aspirations of non-Pashtun ethnic groups such as the Tajiks, the Uzbeks, the Hazaras, the Turkmens and others are now dissolving in the acid of Sunni fundamentalism. The Taliban have marginalized them completely. These groups have no seat at the table, no representation in the decision-making process and have to live under the barrel of the Taliban gun.

In 2022, this situation is untenable. Non-Pashtun ethnic groups are fed up and want control over their destiny. Many Pashtun technocrats, including the former president, Hamid Karzai, have switched sides and are part of the ruling dispensation. They claim the Taliban are the source of stability and have formed the only organization capable of ruling the country. However, they forget an important point. Marginalized groups in Afghanistan are chafing under Pashtun hegemony. If the Taliban-led Pashtuns cling to their unilateral rule and convert Afghanistan into a centralized state, the country will indubitably and inevitably break apart.

Federalism Is the Way Forward

To avoid a bloody partition along ethnic lines or a 1990s style civil war, Afghanistan needs a federal political system. Afghanistan is not France or the United Kingdom. It cannot be run out of a grand capital no matter how powerful the ruling class is. Like Switzerland and the United States, Afghanistan is an extremely diverse country with a history of local autonomy and a glorious tradition of bloody rebellion as the British, the Soviets and the Americans discovered at their cost.

Therefore, the balance of power in any political system that can work must lie with local, not national government. Such a system could turn Afghanistan’s disparate ethnic groups into building blocks of a new federal state and avoid the looming bloodbath due to the Taliban’s autocratic rule.

With China and Russia taking center stage, Afghanistan is increasingly forgotten. That is as risky as it is unfortunate. Conflict in Afghanistan could spill over into South and Central Asia, threatening global peace and security. Afghanistan needs dialogue between different groups ready to hammer out a territorial, judicial, and administrative settlement that leads to a functional union. Only then can we expect the fragile state of Afghanistan to survive. 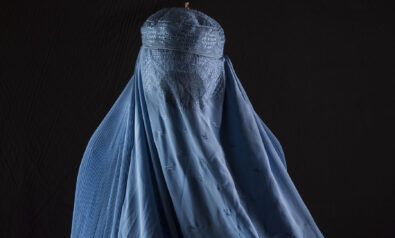 FO° Live: Women Under the Taliban 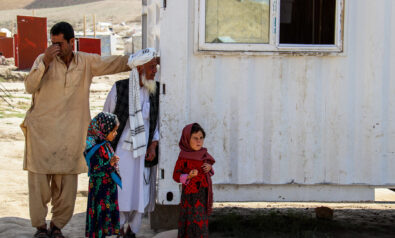 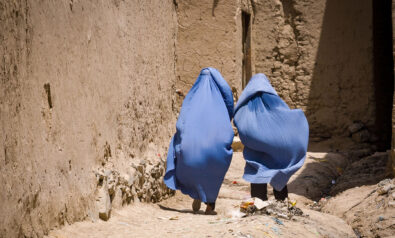 Why Do Some Women Support the Taliban?