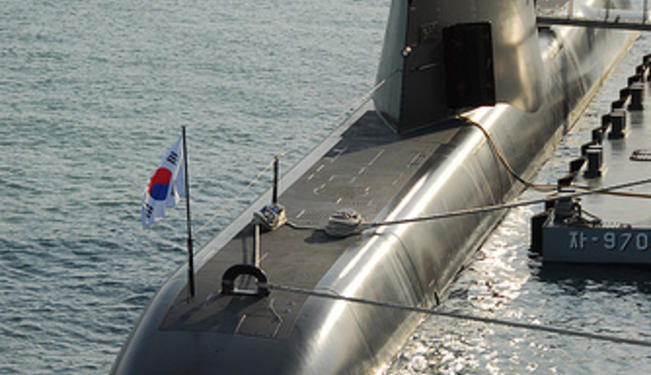 Since the Cheonan and Yeonpyeong incidents in 2010, the South Korean armed forces have embarked on defence reforms to strengthen their capabilities. The reforms, however, have placed the Navy in a strategic dilemma.

In the aftermath of the sinking of the Cheonan and the bombardment of Yeonpyeong Island in 2010 the armed forces of the Republic of Korea have put forward their own reforms to strengthen the country’s defence capabilities against North Korea. Known as the “Defence Reform 307 Plan” the package is weighted heavily in favour of the ROK Army. It has been met with unexpected reservations on the part of a number of retired generals and admirals of the ROK Air Force and Navy, which in turn have taken the government by surprise.

The retired senior officers’ main concern was the delegation of both military command and military administration to the Chairman of the Joint Chiefs of Staff (JCS). Another concern of these retired officers is whether their respective military branches will be able to maintain their operational independence after the reforms. Considering the history of the ROK Army’s dominance in the military, this reform may become a vehicle to serve and enhance the interest of the ROK Army rather than improving the ROK military’s joint operational capability.

Only one out of the 37 Chairmen of the ROK JCS, including the incumbent, was a non-ROK Army general. Therefore, it will be interesting to see how effectively the Army-dominated JCS will command and administer the ROK Navy and Air Force in a future military crisis.

For the ROK Navy (ROKN), there is concern that the emphasis on the armed forces’ joint operational capability may weaken the Navy’s strategic missions and effectiveness as a military institution. Moreover, the ROK Army’s dominance is not the only obstacle to be overcome by the ROK Navy. In fact, the ROK Navy has been restrained by its main strategic mission: the war deterrence and coastal defence against North Korea. This has been the ROKN’s main role since its establishment.

However, if this core mission is over-emphasised, it would make it harder to carry out the institution’s other functions like military operations other than war (MOOTW) and naval diplomacy. For instance, the ROKN’s participation in the international anti-piracy operation in Somalia may be undermined, if not curtailed. More importantly, the ROKN may lag behind other naval forces in the region in terms of military technologies and operational experiences. Considering the trend of naval development in the Asia-Pacific, particularly in China and Japan, it will be tough for the ROKN to keep up with the growth of the other navies.

In the Asia-Pacific region, the regional countries have constantly competed with each other for superiority. In fact, the Republic of Korea Navy is not at all different. For instance, the ROKN launched its first self-constructed Landing Platform Dock (LPD), Dokdo. Additionally, the ROKN is one of the few navies in the region that has successfully built and operated the guided missile destroyers with the Aegis Combat System.

Furthermore, South Korea, like other Asian nations, is totally dependent on the import of energy resources such as oil and natural gas, especially from the Middle East. According to the United States Central Intelligence Agency’s World Factbook, the country is the fifth largest oil importer and the seventh largest for natural gas. South Korea is also the world’s tenth largest oil consumer.

Given the heavy dependence on energy imports, the safety and accessibility of sea lines of communication (SLOC) determine South Korea’s socio-economic and political lifeline. In recent years, protecting and defending the SLOCs has become an international responsibility. That is why the ROKN has participated in multinational anti-piracy patrols in the Gulf of Aden off Somalia, which have also raised the country’s international profile. More importantly, the ROKN has gained valuable operational experience through military exchanges with other navies. Such a wide-ranging mission of the ROKN would need to be considered by the policymakers in Seoul under the defence reform plan.

For the ROKN, the “Defence Reform 307 Plan” reemphasises its mission of war deterrence and coastal defence capabilities against North Korea’s military threat. Although the North cannot challenge the ROKN with its conventional naval capabilities at this moment, North Korea has enough capability to conduct its asymmetric naval warfare as it had done in 2010. However, reemphasising this may undermine the ROKN’s long-term strategic plan and capability.

According to the reform plan, priorities on force enhancement will focus more on countering the North’s provocations and asymmetric threats. More importantly, the ROK armed forces’ acquisitions for conventional systems (including, mechanised assets and platforms) will likely be reduced while the resources will be spent to acquire necessary assets to counter North Korea’s asymmetric capabilities.

If the ROKN is too preoccupied with North Korea, it will not be able to perform other important strategic missions abroad like its ongoing anti-piracy operation in the Gulf of Aden. Though the ROKN is capable enough to carry out the missions far from home, and perform its coastal missions as well, the ongoing defence reform may undercut the ROKN’s overseas mission capability. In other words, the ROKN may in future not be able to participate in multilateral peacekeeping as well as humanitarian assistance and disaster-relief operations. That will be a great loss for ROKN as well as the country.

While no one will argue against the ROKN’s main mission of protecting and defending the country against North Korea, it is also absolutely important for the ROKN not to lose sight of its other strategic missions. Those missions will equally protect the country’s national interest abroad and heighten its status globally.

Han Nack Hoon is a Senior Analyst with the Military Studies Programme at the S. Rajaratnam School of International Studies (RSIS), Nanyang Technological University. He is a US-educated South Korean citizen with interests in the ROK-ASEAN relations and the ROK military.