Sanskrit remains a beautiful and useful language in contemporary society.

When we speak of language, the first question that comes to mind is, what is meant by "language"?

Language is a complex system based on sounds, symbols, gestures and grammar that humans use to communicate thoughts, feelings and abstract concepts.

There are approximately over 6,000 languages in the world. A language either can be spoken or written. Most of the old native languages were only spoken ones. People in some remote parts of the world still use these to pass information from one generation to the next.

The spoken or oral languages are more spontaneous and are made up from a limited set of vowels and consonants, and often tone. They are simpler in structure and form as compared to written languages.

A written language incorporates written symbols in addition to the corresponding sounds in a spoken language. If one listens closely, they will observe that a spoken language is much simpler and consists of broken sentences, as compared to its written form. Written languages also help to visualize, sustain, and communicate abstract thoughts coherently and, therefore, are more complex than spoken only languages.

Another inherent nature of languages is they always change over time. Words, meanings, word orders, sounds, grammar and slang in a language are always changing as they interact with other languages.

The first language in the world became 6,000 languages because the processes of language change can take place in many directions. This change is happening more rapidly in today's world as travel and communication across the globe have become much easier.

Just as extinction is part of the natural history of life forms, it is also common in life cycles of languages. Throughout human history, languages have died because of invasions and migrations.

But today, there is an extinction crisis among languages at a vastly accelerated rate. It is speculated that 90% of languages in the world will become extinct by the year 2100, as explained by Professor John McWhorter in series of lectures called "The Story of Human Language."

The languages of the world tend to mix together on various levels. Today, the most widely-used language on an international level is English. All languages borrow words and grammar from one another; there is no "pure" vocabulary anymore. But some borrow so much vocabulary that there is little original material left, such as in English.

Basic language being a conglomeration of symbols, sounds, tones and gestures is not what it represents or communicates. Hence, there is always room for misunderstanding unless one is able to convey and interpret not only the simple words that are spoken, but also the hidden tones and gestures.

Sanskrit is one of the ancient languages belonging to a group dubbed Indo-European languages. Sanskrit is no longer a spoken language in India, the country of its origin, even though it is the ancestor of the many languages now spoken around the country such as Hindi and Bengali.

Even though Sanskrit is no longer a spoken language in India, it has characteristics of being a language that may be worth reviving.

In 1786, William Jones, a British jurist and Orientalist, during his address to the Bengal Asiatic Society, recognized Sanskrit for its wonderful structure — more perfect than Greek, more copious than Latin, and more exquisitely refined than either.

The primary characteristic of a sacred language is that the purpose for which it is used is to discover one's own true nature.

Sanskrit is so highly-developed and refined as a tool for serving this purpose that even the task of learning the language seems difficult — unless the motive for learning is aligned with the function of the language, that is, to know oneself. When Sanskrit is approached with humility and one-pointedness that is the trademark of a genuine search for truth, it is revealed; there arises a simple joy in all aspects of its study.

It is conceivable that for a few rare and inspired geniuses, mathematics can reach the point of becoming music or music becoming mathematics. The extraordinary thing about Sanskrit is it offers direct accessibility for anyone to that elevated plane where the two — mathematics and music, brain and heart, analytical and intuitive, scientific and spiritual — become one.

Relevant to this, according to an article by NASA Researcher Rick Briggs that appeared in Artificial Intelligence Magazine in 1985, Sanskrit has a structure not only in essence, but also in form that can lend itself to being a language which can be used as artificial intelligence for computers.

Sanskrit lends itself to memorization of vast amounts of information. Great works of literature, including the Vedas, the Upanishads or even entire epics, were committed to memory by chanting the words. To a large extent, it was the design of the Sanskrit language that made this possible.

Sanskrit was also used as a language of Ayurvedic medicine, due to its capacity for memorization.

As a native Hindi speaker, it was only after I stepped out of India that I realized the value of my own language and culture, especially when it was no longer available to me on a daily basis.

Loss of cultural values can also be linked to the loss of language. I have come across people with views in India where they ridicule the efforts of others trying to protect the native languages, while they come up with reasons of why it is not worth making an effort to protect native tongues such as Sanskrit and Hindi.

If English was better, why is NASA doing research on Sanskrit secretively as a language for artificial intelligence? Why is Sanskrit being taught in Western nations and encouraged contrary to its native country? Is it because Sanskrit has a unique structure that English or other languages do not possess, even though English connects people in India who would not be able to communicate otherwise?

India's growing economic status has actually made it poor; we need to look at Gross National Happiness, instead of Gross National Product. Today, there is a greater gap between rich and poor, however, the real wealth of India is being stolen elsewhere — its native languages. 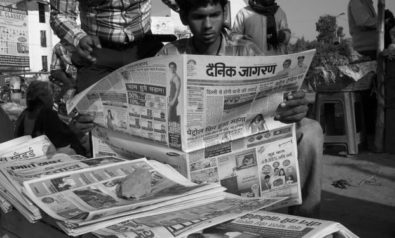 The Chimera of Linguistic Hegemony in South Asia 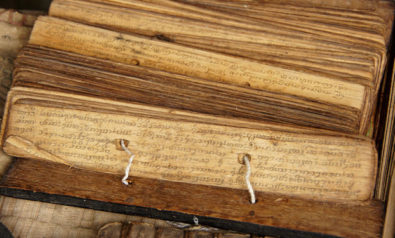