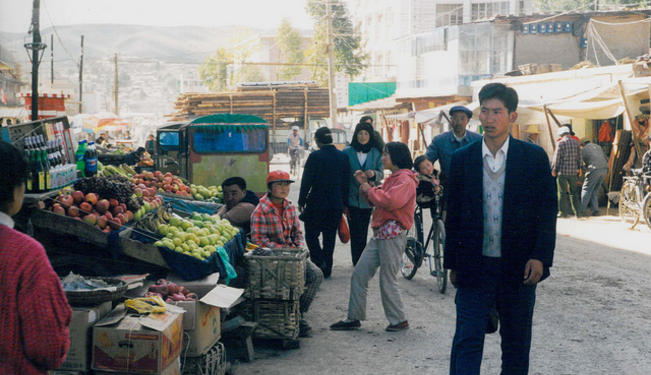 P2P Microfinance platforms have the ability to bring prosperity to millions in China and India, but the ability of these organizations to create change is dependent upon the regulatory policies implemented by both the Chinese and Indian governments.

Microfinance is one pillar of the economy that Beijing and New Delhi has increasingly considered in recent years, in the sense that it is most beneficial to allow free enterprise to administer. Experts have said that the regulatory environments in these two nations are most likely to impact peer-to-peer (P2P) lending platforms in their future success. The networked power of millions of donors all over the world will no doubt be a boon to hundreds of millions of Chinese and Indians alike wishing to join the ranks of the middle class. P2P social networking microfinance can get them there.

India and China alike have faced similar problems in P2P microfinance. With lenders charging extremely high interest rates for loans, predatory high-interest loan shark operations, along with delays and failure in repayment, the demand for a P2P microfinance solution in the form of much lower interest rates is rising. Co-author Mr. Waller has personally seen clients in India transition from taking high interest loans from money lenders to taking low interest loans from credible microfinance institutions (MFI). These services, in the form of low interest, have resulted in clients of MFI being able to expand their business and increase their income.

This is a stark contrast from clients’ previous problems, ranging from failing to repay, to being able to repay but unable to increase their income or savings (which are symptoms of the shortcomings of the traditional finance industry). Indeed, the disconnect in traditional banking and finance among the world’s poor is opening the door to microfinance solutions that have the potential to bring millions out of poverty and into the middle class. In both India and China, the microfinance industry is a nascent one; the industry in China is currently estimated at $200 million, which is a drop in the bucket compared to India’s nearly $3 billion dollar industry, yet both are poised to grow exponentially.

Problems exist in the current traditional finance structure, though a nascent industry does not also come without its problems, and regulatory actions both create and take away problems depending on the regulations that are enacted. In addition to structural problems resulting in higher interest rates for borrowers as well as fraud and repayment concerns, Beijing and New Delhi take very different approaches to regulating the P2P microfinance industry.

India for example currently has a restriction stating that any money that is received within India from a foreign entity must stay within India for three years before it is sent back to the oiginal country. As a result of this, top social networking P2P lending organizations like Kiva have to make their repayment terms for India around 43 months, which is significantly longer than the repayment terms of other countries, and provides a serious disincentive for lenders’ funds to flow into India. It essentially decreases the willingness of lenders to invest their money in India and presents a barrier to the growth of the microfinance industry, which in turn presents a huge competitive crutch to India in its aims to bring millions out of poverty.

On the other hand, China takes a distanced approach and an averseness to regulating the P2P microfinance sector. China’s Banking Regulatory Commission issued a warning on August of 2011, translated as the following on P2P lending platforms operating within China: “[P2P microfinance] easily can change to an illegal financial institution, presenting risk to the business not easily controlled… [P2P microfinance is] lacking clear law guidelines in its operations, with its credit risk very high, and its loan quality being abysmal.”

Additionally, microfinance institutions are legally prohibited from accessing debt or equity investments in China. Insiders have said that the outlook of these regulations is most likely to impede future P2P lending platforms from opening. The CEO of ppdai.com, Zhang Jun stated that “[ppdai.com] website serves only as a platform” and that ppdai.com in no way guaranteed or was responsible for any loans originated between two parties on ppdai.com.

Due to regulations making P2P companies operating in China walking on a virtual tightrope between a legitimate and an illegal enterprise, businesses respond to these regulations by distancing themselves from the loans that originate on their platforms. However, this drastically affects the quality of the loan as the platform owners avert, taking responsibility for the loans, and thus do not perform due diligence on the borrowers and the lenders on their P2P platform. This dynamic of averseness in regulation spurring averseness in loan guarantee and due diligence is a major issue that needs to be tackled for China’s P2P microfinance sector to blossom.

The necessity to strike a balance in regulating microfinance must fall between New Delhi’s overregulation, and Beijing’s reluctance to regulate in the first place. Striking a balance in regulation will allow the networked power of millions of donors all over the world, to aid thehundreds of millions of Chinese and Indians alike wishing to join the ranks of the middle class. The public, regarding both lending and borrowing, are becoming increasingly aware of and willing to participate in global social network microfinance programs, and will only grow in the future.

In creating a sustainable global P2P microfinance industry for Chinese and Indian firms, a global capital pool will inevitably be better than the restricted dynamics evident in a domestic banking system. Domestic economic downturns restricting the availability of domestic funds for lending, can be counteracted by the accessibility of a global lending pool. Placing unnecessary restrictions on microfinance companies and only allowing microfinance in a domestic concept is counterproductive to achieving its full growth potential. If global firms succeed in their mission of providing global lending P2P microfinancial services to China and India, they will reap the benefits of a strong foundation for a strong middle class base in both India and China. China and India stand to benefit dramatically from being able to access a global lending pool in order to provide necessary P2P microfinancial services to elevate the economically active poor to the middle class, and in such achieving both New Delhi’s and Beijing’s long term goals.

This article was originally published by 2point6billion.com, September 11, 2012.