On November 27, Priyanka Reddy, a veterinary doctor from the Indian state of Telangana, was brutally gang-raped and murdered. Her body was burned to leave little trace of the misdeed. The incident took place when, while traveling home alone on a scooter, Priyanka got off at a toll plaza. A group of four men deflated the tires of her scooter and then, pretending to help her fix it, took her away to a secluded spot and raped her.

The horrific incident has shocked the population of Telangana and all of India. On social media, #RIPPriyankaReddy started trending, with outrage flowing freely from all corners of society. Although a response from the Telangana state government was slow, Chief Minister Chandrashekhar Rao did condemn the rape as “ghastly” and reiterated the need for greater awareness about dealing with sexual harassment and assault, and of safety measures such as the such as using the “100” helpline number to contact emergency police services. National politicians too joined in condemning the murder.

The gruesome nature of the rape and the public outcry that has followed is reminiscent of the infamous Nirbhaya rape case that shocked the capital New Delhi and reverberated throughout the country seven years ago. In 2017, the Supreme Court of India upheld capital punishment for the perpetrators of the brutal rape of Jyoti Singh Pandey, nicknamed “Nirbhaya” (fearless), that led to her death. At the time, Fair Observer noted that capital punishment wasn’t enough to deter rape in India. Has anything changed since then?

A trending hashtag, #HangRapists, has provoked several debates in India. Politicians have called for the lynching of the rapists, celebrities have called for capital punishment. Telangana’s IT minister, K. T. Rama Rao, the son of the chief minister, has floated the idea of petitioning India’s Prime Minister Narendra Modi to amend the Indian Penal Code and the Criminal Procedure Code to award capital punishment for all crimes against women and children.

The problem with the death penalty is two-fold. First of all, it may not allow for repentance or restitution. It also reduces the incentives for societal and cultural change. Severe legal repercussions, such as life imprisonment, already exist. This indicates that severe punishment is unlikely to be a sufficient deterrent against crimes such as rape. The death sentence handed down to the Nirbhaya rapists, by such logic, should also have acted as an effective deterrent for Reddy’s killers. But these horrific crimes are fueled by indifference toward the rights of women or minorities, and to the consequences of violating them. The social amnesty granted to perpetrators of sexual harassment and assault allows men to subscribe to this harmful narrative of impunity for crimes against women.

The first step to correcting this indifference toward crimes against women, at an individual level, would be to attempt to reeducate the individual rather than resorting to capital punishment. The question here is not about whether or not rapists can ever be reformed or deserve that chance. Instead, it is an acknowledgment of a fundamental flaw in both the society’s and individuals’ understanding of minority rights and is an attempt to correct this. Simply by acknowledging this, we recognize that the problem is one of immorality and inhumanity, rather than an unchangeable right or characteristic of men to overpower and abuse women.

While capital punishment in no way intends to impart this message, it is possible that disregarding the principle of restitution for this particular crime in this particular country allows for a notion that men are rapists and will never change. If there is no hope in changing the men, then our only resort is to protect the women.

While this argument may sound weak in a vacuum, its logic strengthens when you look at the need to reform society as a whole. Calling for a death penalty following Reddy’s murder has almost become a means of expressing the level of outrage felt by an individual. For politicians, such public displays of anger may actually excuse the flaws in society and governance when it comes to preventing rape.

However, the converse can also be argued. The severity of a death sentence would perhaps indicate the gravity of crimes against women. Regardless of the possible demerits of blindly calling for capital punishment, there are several reasons as to why such punishment is justified. Such justice helps give closure to the family of victims, prevents any manifestation of impunity and definitely cannot be disregarded.

The calls to hang the rapists point to another problem. The anger at the rape case seems contradictory to the indifference shown to other violations of women’s rights. This became apparent when Sandeep Reddy Vanga tweeted out in response to the rape that “FEAR is the only factor which can change things radically in society and FEAR should be the new rule. The brutal sentence will set an example. Now every girl in the country needs a firm guarantee.”

Vanga is known for directing “Kabir Singh,” a Bollywood film in which an alcoholic, abusive doctor, who is frequently violent with women, is ultimately glorified as a hero. The movie was called out for its misogynistic plot but to no avail. It did splendidly at the box office, with people watching and enjoying the film, indifferent to the toxicity propagated by it.

Vanga went on to comment that “If you can’t slap, if you can’t touch your woman wherever you want, if you can’t kiss, I don’t see emotion there.” This double standard that endorses sexist narratives and violence against women but condemns rape is both confusing and disgusting. Singer Sona Mohapatra was one of the public figures who called out Vanga’s hypocrisy. A few weeks earlier, Mohapatra had alleged sexual harassment claims against the composer Anu Malik and demanded his resignation as a judge for the popular reality TV show “Indian Idol.” Her campaign against Malik saw her abused and harassed online, subjected her to name-calling and shaming on various levels.

There was barely any media coverage of her campaign, nor was there discernible outrage from either Bollywood figures or politicians, who largely ignored the issue. This has been the treatment of #MeToo and other sexual harassment cases in India since 2017. It seems that violence against women becomes a problem only when the public is forced to see the physical manifestations of the abuse in the form of a brutalized and charred female body. Until then, the woman’s word holds no weight, and the accused naturally get the benefit of the doubt lest their career is ruined as a result of their own inappropriate behavior.

At the most basic level, the dichotomy created between the treatment of victims of sexual harassment and rape points to a deeply ingrained sense of entitlement endowed by men upon themselves, wherein women are not believed until absolutely necessary. While poor policing in the remote area where Reddy’s rape took place failed to prevent the crime, the fact remains that the law is not entirely ineffective.

Following the death of Jyoti Singh Pandey, a precedent was set for rape cases to be tried in fast-track courts, with a death penalty now applicable to rape convictions resulting in death or a vegetative state. Government efforts to strengthen the Protection of Children from Sexual Offences (Amendment) Bill, 2019 are increasing awareness about the vulnerability of children to sexual abuse. Calls for better policing and awareness about the pernicious nature of sexual violence are also in progress.

There seems to be growing recognition of the unsafe atmosphere in which the women of India live their lives day after day, but this is largely restricted to the educated circles and the women themselves. This realization saw several women speak up about their experiences traveling in public spaces and instances where they have felt unsafe and vulnerable.

Priyanka Reddy’s case is horrific, and undoubtedly deserves the media attention and outrage it is receiving. But it is problematic when the same society fails to recognize that more subtle forms of sexual harassment and abuse fuel this rape culture. Rape culture is not just a violated body of a woman. It is normalizing the objectification women in film. It is the refusal to believe women’s allegations of sexual harassment, either by the online community or by the police and statutory authorities. It is the societal impunity granted to perpetrators of sexual harassment by allowing them to continue holding influential positions. Rape culture means it takes the shocking sight of a dead woman to remind society of its humanity.

One of Mumbai’s leading newspapers, Mumbai Mirror, compared this high-profile killing to “India’s most sensational Nirbhaya rape and murder case.” One can only hope that Priyanka Reddy’s fate is never described and trivialized as remotely “sensational,” nor is a comparable case given the opportunity to arise. For this, change cannot be restricted to legislation. Awareness, education and public outreach need to be used better to instate social change as well.

On December 6, the four accused rapists were taken to the crime scene for a crime scene reconstruction. According to the Telangana police, all the four accused attempted to attack the police and escape. In self-defense, the police shot and killed the men. The extra-judicial nature of the shooting was largely ignored by the police, politicians and the public. The Cyberabad police commissioner, V. C. Sajjanar, stated: “I can only say that law has done its duty.”

The public celebrated and lauded the police as heroes. This bloodthirstiness that is undermining democratic processes is dangerous and regrettable. There is some respite, however, as India’s Supreme Court has set up a three-member inquiry commission to probe the extra-judicial killing.

*[This piece has been updated.]

Why #MeToo Won’t Succeed in India 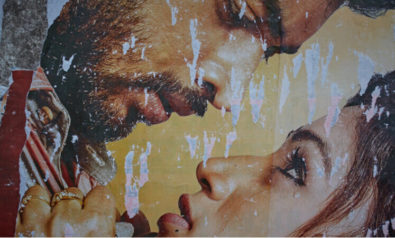