The struggle has been going on for four years and is once again approaching a possible turning point. On one side you have a majority of Democrat and Republican legislators united with the intelligence community in the team called “proponents of a massive US military presence across the globe.” On the other side, an unpredictable US president who, since his 2016 election campaign, has consistently confirmed his intention to pull back the troops still engaged in the greater Middle East by the two presidents who preceded him.

The tug of war continues between these two opposing forces as the place of the United States as “leader of the free world” appears up for grabs. (“Free” in the preceding sentence can be defined as “subject exclusively to corporate control” as corporations are deemed the only legitimate wielders of power.)

It has been a full 19 years since President George W. Bush launched his first campaign of perennial military occupation that the media labeled the “war in Afghanistan,” as if it was just another struggle between two opposing national armies. Bush still called it a war, but by ennobling it with the moniker the “global war on terror,” he made sure that, at least concerning public expectations, it was a war whose narrative didn’t require rational battle plans, declarations of victory, surrenders or truces. Nor did it require any of those singular moments that have defined past wars, producing all those “important dates” on the calendar that future generations of schoolchildren can memorize and then regurgitate as their responses to multiple choice questions on the tests that will decide whether or not they have mastered the logic of history.

For anyone familiar with the mechanisms that require a constantly expanding military budget, US President Donald Trump’s insistence on reducing the footprint of the American military in the greater Middle East is heresy. Do Americans really think their continued presence is vital in Afghanistan? They said the same thing about Vietnam in 1973 when they abandoned Saigon to the Vietnamese communists. What disaster followed? The Vietnamese developed their country within a global economic context dominated by the United States and the two nations have since become best of friends, even though the communist party still officially runs Vietnam.

In 2001, Bush launched the war that was intended to drive the Taliban from power in Afghanistan. Regime change didn’t take long to complete. Though officially banished from power, the Taliban have remained the most powerful political force in the country. Driven by his impatience, Trump imagined that the only solution might come from recognizing that state of affairs and reaching an agreement with the Taliban. After several false starts, negotiations began again on September 12. This propension for dialogue with the enemy does not sit well with those Americans who see their nation’s role in the world as the defenders of democracy, who because they believe in that ideal deserve absolute trust. For these strategic thinkers, history has shown that the Taliban are untrustworthy and simply do not merit the confidence of the always respectful and trustworthy United States.

Reviewing the reactions of the camp committed to maintaining the US presence, Sean D. Naylor, Yahoo’s national security correspondent, cites retired Admiral William McRaven, former commander of Joint Special Operations Command. He tells us that McRaven opposes the negotiations because he is “skeptical that the Taliban would follow through on its commitments.”

In diplomacy, a formal promise to respect a number of agreed-upon rules and behaviors until one of the parties can demonstrate, thanks to its obviously superior force and capacity to intimidate, that the respect of those rules and behaviors is no longer required

McRaven was blunt in his appreciation, using a tired cliché to express his conviction that no official agreement should be taken seriously. “I’m not personally convinced that any deal with the Taliban will be worth the paper that it’s written on.” Joining McRaven in his opposition to negotiations, Michael Morell, former deputy director of the CIA, asserted that his “assessment is that the Taliban would take over the country again in a matter of months.”

For those unfamiliar with CIA jargon, “assessment” is synonymous with “my self-interested opinion.” Pursuing with the same vocabulary, Morell added that despite the terms of the envisaged peace deal that explicitly forbid it, “my assessment is that they would provide safe haven to al-Qaida.”

This seals the case that in the intelligence community, the word “assessment” literally means “opinion” and not much more. Like a banker analyzing the curves of a real estate market in 2007 who believed it would keep growing forever, or like a schoolboy ready for a history test, Morell remembers the reasons Bush cited to attack the Afghan government in 2001: they had given “safe haven to al-Qaida.” If they did it once, they’ll do it again. Morell may be right, but he should also know that it was the US that gave the initial impetus to the creation and development of al-Qaida when they mobilized Osama bin Laden against the Soviets who had taken control of Afghanistan in 1979.

The language feast continues when McRaven suggests that keeping troops in Afghanistan may be “a high price to pay” before adding this thought: “But what we have learned in the military is how to do this in a way that hopefully will not lose a lot of great soldiers.” The generals hope; the soldiers die. It’s just a question of when to pat yourself on the back when the numbers announced by the media remain sufficiently low.

William McRaven and Michael Morrell have every reason to be suspicious of the value of commitments by any political entity. International understanding and world peace depend on trust and the respect of agreements reached by the political leaders of all nations. To wield clout in this complex world of international relations, financial power and military might may be sufficient to impose a nation’s policies in specific contexts, but the capacity to conduct business with every other nation in the world depends on the ability to maintain a reputation for keeping one’s commitments.

The US has proved its capacity to wield financial power and military might, though not always to convincing effect. In his book, “In the Shadows of the American Century,” historian Alfred McCoy wrote, “Future historians are likely to identify George W. Bush’s rash invasion of Iraq, in 2003, as the start of America’s downfall.” It was the misuse of American power under Bush that began a precipitous decline in the reputation of the US as a political model and as a legitimate defender of the rule of law.

That meant that to redress the balance, it became more important than ever for the US to show its determination to respect commitments. But as Annalisa Merelli, writing for Quartz, documented with a long list of examples, “the US is an unreliable international partner—and it has long been one, even before the current administration pulled out from the Trans-Pacific Partnership (TPP) and the Paris agreement on climate change, and threatened to end NAFTA. History is dotted with treaties that the US has signed but not ratified, signed and then unsigned, and even refused to sign after pushing everyone else to sign.”

Americans find this hard to understand because the media rarely, if ever, track the international reputation of the US in its proclaimed role as “leader of the free world.” They prefer to see the constant betrayals of trust as inevitable and regrettable but, at the same time, forgettable results of the differences between the two sacred political parties — Democrats and Republicans. Each has a different view of the world and, once in power, quite naturally seeks to impose that view, if only to keep their campaign promises to voters (and donors). International agreements always take a backseat to electoral tactics.

Joe Biden, the Democratic presidential nominee for the US election in November, has expressed his admiration of McRaven’s “moral courage” and his pride in being associated with him. McRaven, who supported Hillary Clinton in the 2016 election and has openly criticized Donald Trump, has a clear vision of the future that gives a good indication of what Biden’s foreign policy may look like. He affirmed that the US will “probably need to be in Afghanistan for a very long time.” Nineteen years has clearly not been long enough. 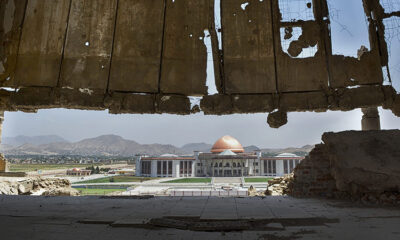 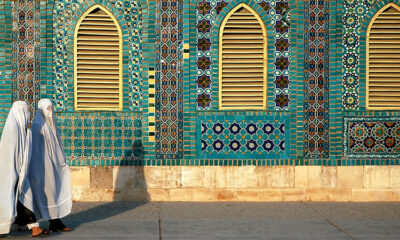 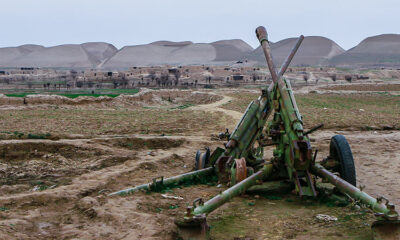