Sweeping new regulations restricting social media in Pakistan put freedom of expression and the media at the heart of the struggle to counter both civilizationalist and authoritarian aspects of an emerging new world order. The regulations, adopted without public debate, position US social media companies like Facebook and Twitter at the forefront of the struggle and raise the specter of China’s walled-off internet with its own state-controlled social media platforms becoming the model for a host of illiberals, authoritarians and autocrats.

The regulations, which take effect immediately, embrace aspects of a civilizational state that defines its legal reach, if not its borders, in terms of a civilization rather than a nation-state with clearly outlined, internationally recognized borders that determine the reach of its law and that is defined by its population and language.

The regulations could force social media companies to globally suppress criticism of the more onerous aspects of Pakistani law, including constitutionally enshrined discrimination of some minorities like Ahmadis, a sect widely viewed as heretic by mainstream Islam, and imposition of a mandatory death sentence for blasphemy.

The new rules force social media companies to “remove, suspend or disable access” to content posted in Pakistan or by Pakistani nationals abroad that the government deems as failing to “take due cognizance of the religious, cultural, ethnic and national security sensitivities of Pakistan.” The government can also demand removal of encryption. Social media companies are required to establish offices in Pakistan in the next three months and install data servers by February 2021.

The government justified the rules with the need to combat hate speech, blasphemy, alleged fake news and online harassment of women. The Asia Internet Coalition, a technology and internet industry association that includes  Facebook and Twitter, warned that the regulations “jeopardize the personal safety and privacy of citizens and undermine free expression” and would be “detrimental to Pakistan’s ambitions for a digital economy.”

The introduction of the regulations reflects frustration in government as well as Pakistan’s powerful military with social media companies’ frequent refusal to honor requests to take down content. Pakistan ranked among the top countries requesting Facebook and Twitter to remove postings.

On the assumption that Facebook, Twitter and others, which are already banned in China, will risk being debarred in Pakistan by refusing to comply with the new regulations, Pakistan could become a prime country that adopts not only aspects of China’s 21st-century, Orwellian surveillance state but also its tightly controlled media.

The basis for potential Pakistani adoption of the Chinese system was created in 2017 in plans for the China Pakistan Economic Corridor (CPEC), a $60-billion-plus crown jewel of the Belt and Road — an infrastructure, telecommunications and energy-driven initiative to tie Eurasia to China.

The 2017 plan identifies as risks to CPEC: “Pakistani politics, such as competing parties, religion, tribes, terrorists, and Western intervention” as well as security. The plan appears to question the vibrancy of a system in which competition between parties and interest groups is the name of the game. It envisions a full system of monitoring and surveillance to ensure law and order in Pakistani cities. The system would involve deployment of explosive detectors and scanners to “cover major roads, case-prone areas and crowded places … in urban areas to conduct real-time monitoring and 24-hour video recording.”

A national fiber optic backbone would be built for internet traffic as well as the terrestrial distribution of broadcast media that would cooperate with their Chinese counterparts in the “dissemination of Chinese culture.” The plan described the backbone as a “cultural transmission carrier” that would serve to “further enhance mutual understanding between the two peoples and the traditional friendship between the two countries.”

Critics in China and elsewhere assert that repression of freedom of expression contributed to China’s delayed response to the coronavirus outbreak. China rejects the criticism, with President Xi Jinping calling for even greater control.

Pakistan’s newly promulgated regulations echo Xi’s assertion during the January 7 Communist Party’s Politburo Standing Committee meeting that “we must strengthen public opinion tracking and judgment, take the initiative to voice, provide positive guidance, strengthen integration, communication and interaction, so that positive energy will always fill the Internet space … We must control the overall public opinion and strive to create a good public opinion environment. It is necessary to strengthen the management and control of online media.”

*[This article was originally published by Middle East Soccer.] 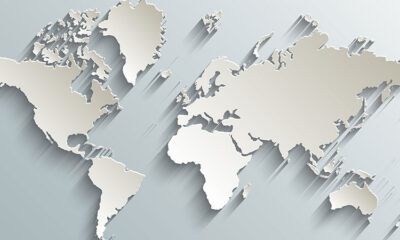 Will COVID-19 Alter the Global Order? 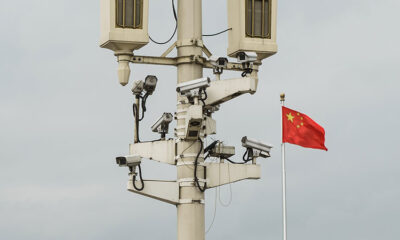