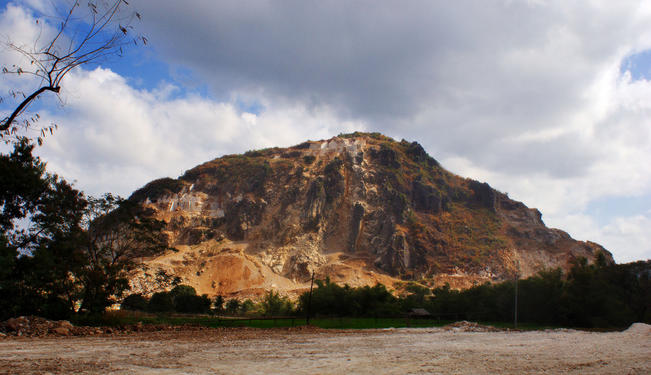 As the demand for raw materials is expected to surge over the next few decades, exporters and large multinational mining companies have expressed an increased interest in the vast untapped natural resources of Asia.

However, many nations are still not ready for the influx of mass mining operations. In many cases, irresponsible mining practices and a lack of consistent government policy have caused the displacement of indigenous peoples and the destruction of many livelihoods.

In recent years, the coveted living and non-living resources of The Philippines have been the center of important policy debates and bills. With an estimated value of PHP 47 trillion, these natural resources are key sources of raw materials for large foreign and domestic mining corporations. However, the sites of these natural resources also sustain economic activities such as farming, tourism, and fishing that provide a means of livelihood for local and indigenous populaces. In response to the growing interest in Philippine natural resources (marble, nickel, copper, and the like), the Philippine government has received complaints about mining contractors displacing local communities and forcing the alteration of land that destroys main sources of income. Despite these problems, many government officials and multinationals still believe that mining remains an abundant source of foreign investments and of government income. Yet, the mining sector, contrary to popular belief, is still not a major contributor to the Philippine economy. The argument lies in whether mining remains a worthwhile investment for the Philippines to pursue, particularly in light of the negative environmental and cultural backlash and the limited monetary gains. In most cases, the impacts of mining operations in the Philippines are magnified due to the risks of involving mining-induced weather disasters and the lack of long-term educational and economic development of the mining communities. If a successful mining policy is to be created, it must consider cost-benefit analyses as well as: damage assessment and compensation; consistent regulatory analyses; and natural resource accounting. Economic feasibility, technology, and size deposit are some key factors that shape this debate—although unique local and regional social conditions have to be seriously assessed to minimize any adverse consequences.

Recent reports have pegged the Aquino administration as failing to fully address the issues posed by mining in many regions and local communities. The pro-mining economic policy of the administration in response to mining has not changed despite studies showing that the mining industry is not a significant contributor to the Philippine economy. The Philippine mining industry has failed to deliver on its promises on revenues and investments, as compared to other sectors such Agriculture, Fisheries, and Forestry. Many questions have been raised on the effectiveness of the existing policies to include important asset reform, tackle physical displacement, and prevent the destruction of biodiversity. New laws have proven to be inconsistent and have done little to reduce disaster risks and the escalation of social conflicts and human rights violations. Though there have been new proposals in place to stop mining operations in certain areas, there is not enough support to fully flesh out the implications of mining operations or define the regulations for protected areas. The Aquino administration has continued to support the policy on mining revitalization while failing to adopt an adequate cost-benefit analysis approach to mining projects. The government has also had problems enforcing the Mining Act of 1995 with its many flaws, and pundits have been calling for a new minerals management law to be enacted. An acute lack of transparency and accountability plague the mining industry and the government agencies involved in the operations. Thirty-two priority large-scale mining projects have already been pipelined, together with more than two thousand applications for mining contracts and exploration permits.

It must be noted that the Arroyo administration based the initial pro-mining policy shift on the possible economic benefits in the mineral industry. It was assumed that a revitalized mining industry would bring in significant investments, employment and revenues. These promises have included US$ 5-7 billion dollars in foreign exchange generation, PHP 5­7 billion pesos in excise tax collection, 239,000 indirect and direct employment, and a massive US$ 4­6 billion dollars worth of investments.

The Filipino people have yet to see a majority of these supposed economic and social results come to fruition. The Department of Environment and Natural Resources (DENR) and the Philippine government, through National Minerals Action Plan (NMAP), has worked with a “sustainable” development framework that identifies social development, environmental mitigation, and economic benefits as part of a comprehensive framework. This system, while recognized, is inconsistent and its wider goals have yet to be achieved.

The issue of mining in the Philippines has given rise to some major points of discussion. In this debate, it is important to consider that the State holds the most decision-making power, acting as the custodian of the mineral resources and as protector of the interests of those who may be affected. The ultimate decision-making power of the State is a cause of concern since more important stakeholder groups, such as the local authorities, may be marginalized by the State’s choice to lean towards the demands of the mining corporations. The problems posed by the inequalities in decision-making power are consistent throughout these key issues.

The subject on mining corporations will center on how mineral extraction companies manage and regulate their operations. The goal of the firm is to make a profit; proper regulations and communication channels are warranted to control their operations and prevent them from overstepping their bounds.

Another project, the Tampakan Project, was expected to be the single biggest mining project in the country that could double the current contribution of the sector to national gross domestic product (GDP). However, government interests have conflicted with local officials. The Province of South Cotabato enacted a Provincial Environment Code that bans open-pit mining, which happens to be the method of choice for the Tampakan Project. The late Department of the Interior and Local Government (DILG) Secretary, Jesse Robredo, is pressuring the province to reconsider the ban, stating that the ban is inconsistent with national law. This project may not be the most rational investment, however, since the government is expected to maintain the 2km-long tailings dam, and possibly suffer the consequences of cutting old growth forests and water degradation and supply on agriculture. The national government must consider whether these negative effects are worth it despite the large cash contribution from the mining companies. An uncooperative local community could significantly hurt operations in the area and increase costs, since the corporation and the government would have to find labor and essential resources elsewhere.

An Economic Cost-Benefit Analysis: Mining and the National Community

Mining operations infuse money into the local economy and boost employment; the mining industry and sector contributes to economic growth in general. But it remains to be seen whether the mining industry can offer any real, substantial, and lasting benefits to the Philippine community at large.

According to the Mines and Geosciences Bureau, the mining sector’s contribution to national total employment has consistently been below 1 percent (0.5% since 2008 until 2010). In contrast to the 33% employment the agricultural sector generated for the first half of 2011, employment contribution from mining has been reported as a measly 0.6%. Despite common perception, extractive mining is known as a low-employment generating activity due to the high capital investment in machines. The Tampakan Project, a $5.9 billion investment, will provide only 2,000 permanent jobs. The mining sector also has relatively low labor-output ratios in terms of employment generation. Labor compensation accounts for only 13.3% against an average of 20.7% in all other sectors.

The contribution of mining to GDP at the macro level has been small. In 2010, mining only contributed 1.0% to GDP with a Gross Value Added in Mining of PHP 88.2 billion. As a point of comparison, the agricultural sector contributed 12% in 2010. With regards to exports, mining has not contributed much either, as export of minerals and mineral products has averaged 4.5% in the last four years. Total exports of non-metallic minerals are even lower at around 0.4% for the past 4 years. In the Philippine economy, the manufacturing and service sector has always been the main driver of economic growth comprising over 50% of GDP.

The amounts of taxes, fees and royalties from mining vary from year to year, and there are other factors to consider when determining the financial contributions of mining to the Philippine government. Tax holidays for Financial and Technical Assistance Agreements (FTAAs) and the 2% limit of government excise tax on Mineral Production and Sharing Agreements (MPSAs) resulted in almost zero revenue for government. An estimated 19.60% to 29.74% of mining revenue accrues to government tax collection. The action for Economic Reforms in 2009 calculated only a 7.5% effective tax rate in the industry (1997-2000) and that the government loses an average of 32% of revenues annually (1999-2004) because of incentive laws. As compared to other countries, the Philippines’ effective tax rate is low; Deutsche Bank 2010 as well reported that effective tax rate for the US (40%), Australia (38%), Brazil (38%), and Canada (23%). For the Tampakan project, SMI estimates that over the life of the mine, the government stands to collect a revenue stream of up to US$37B (PhP1.85 trillion). US$7 billion will go to government as taxes and royalties while US$2 billion will go to local governments and host communities; the government will get 41% of the mining firm’s income before taxes. The mining industry experiences steady albeit inconsistent growths through the years as investments increase with the discovery of new natural resource sites; however, these meager financial gains cannot offset the widespread socio-cultural problems and the failure to deliver on the expected high-income reports from these joint mining investments. From the data, The Philippines may be better off infusing funds into business areas and sectors that are more consistent contributors to the economy and can better benefit Filipino communities.