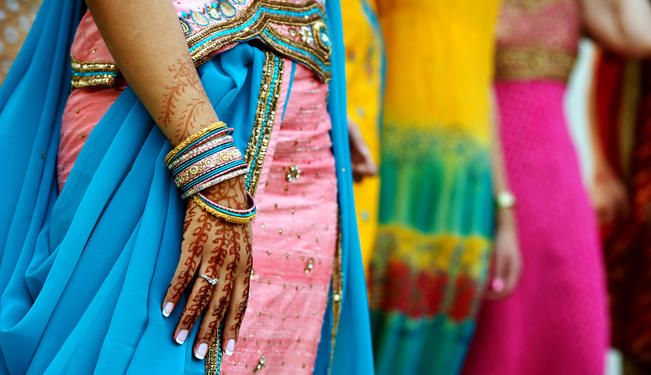 In an interview with Fair Observer's Culture Editor, Anna Pivovarchuk, the co-founder of the Mumbai-based NGO Kranti, Robin Chaurasiya, argues for the legalization of sex work in India. This is last of a two part series. Read part one here.

Anna Pivovachuk: I would like to ask you more about problems the girls face. What are the issues surrounding sex work in India and how does that impact the children?

Robin Chaurasiya: There are stereotypical views on this subject, and I want to make it clear that we, as an organization, are pro-sex workers' rights. We believe that women working in the sex industry should be given the exact same rights as somebody doing housework, or being a doctor, or any other career. They should have access to the same level of health care and education, and that is the only thing which is going to make the red light areas a human rights zone. Growing up in that area, because of the stigma and marginalization attached to the community, is the reason why all the issues surface: the terrible schools, the fact that there is no mental health care in the red light areas. In fact, all of our girls have faced some type of sexual abuse, but it is something that kids across India – and all across the world, to be honest – are facing at such a high rate and people don’t realize or acknowledge it, because it is so unspoken or unknown. The sexual abuse that goes on in the red light areas, goes on in the upper class households as well.

In regard to their situation: Of course, they are harassed on the streets and they face a lot abuse. I blame society for this marginalization, and for anything that these girls suffer — not the clients, not the mothers. I’ll be very honest, aside from two mothers of the two girls who have severe mental health issues, everyone else is an amazing and wonderful mother – some of the most amazing mothers I’ve ever known. And in many NGOs, these girls are taught that a prostitute’s daughter is only going to be a prostitute, and they teach these girls that what their mother does is terrible, and you need to turn away from your community. And they are trying to operate on the opposite side of the spectrum – to teach them to talk with pride about their communities. But it doesn’t come overnight.

How do you get to a point where you understand that your mother has made the ultimate sacrifice to put food on the table, to make sure you have access to a better life than she had, and sacrificed more than any other hard-working parents out there? Many of our girls’ mothers have been trafficked at the age of nine, 12, or 15 and given birth very soon afterwards. When they find themselves in circumstances where they become mothers and suddenly have to provide financial support, they have very few options. Domestic work and daily wage jobs (construction, etc) do not provide enough salary for a woman to take care of several children; so sex work is often the best option.

If society is a system in which these girls and women aren't given any opportunities to learn skills to sustain themselves, sex work is often the only option available. We want our girls to understand these situations that society has created for these women — that wasn’t something of their own doing. This is why Kranti is so adamant about the legalization of sex work; if society has created a situation where sex work is the only option, you can't make that option illegal.

Another problem is what is known as the devdasi system, which was a tradition where a girl was "dedicated" to a temple. She would grow up and live there, take care of the temple, and serve as a sex worker for the religious leaders (though many would claim this didn't happen in the "olden days"). Today, the system of dedication still exists, but these women often end up in sex work after leaving the temple as well.

Pivovachuk: What are the public attitudes to sex workers in India?

Chaurasiya: It’s very negative. There are quite a few organizations that do awesome work. But the general public — if you were to talk to someone on the street — I don’t know, maybe I shouldn’t even say this, because I was very pleasantly surprised. The girls have boyfriends from the area, and when they tell them about their past, the boys are generally very understanding and don’t stigmatize or ostracize the girls for it. But the girls can talk about their experiences in safe places, like NGOs or conferences where they are the guest of honor or are giving a speech. But this doesn't mean that they can walk out into the street and tell the whole world. Because the mentality is still that you are less worthy, you should be lower on the totem pole, an you deserve less.

Pivovachuk: What do you think is the first, most effective step to take in order to combat this?

Chaurasiya: Prostitution needs to be legalized.

Pivovachuk: What will it change for the women?

Chaurasiya: The most important thing it will change is that when you are working illegally, you don't have access to things like healthcare, or even opening a bank account, creating a voter’s ID, and getting a loan. If you have HIV and you go to a health clinic, a doctor will immediately question your treatment. Doctors in the city, and especially government hospitals, will find any excuse not to treat a sex worker. They also harass her and say things like, "you asked for it" or "you should have expected this." They'll often find ways to discriminate against sex workers in a way that cannot be officially recorded — saying "your file is missing, please come back tomorrow" or other such things.

If you don’t have the ability to defend your rights, what do you do? Some of our girls don't have IDs that they would need to be able to attend school; if you are in an illegal profession, how do you fight for the right to put your child into school?

The police are another problem. They harass prostitutes, take bribes from them – 1,200 rupees a month in order to keep out of jail. This money could go to put your child in a better school. These are all the components that affect not only the current situation, but also the next generation. If you had legal rights, it would be a different story.

The fact of the matter is that most people don’t go into sex work for the sake of it – they are trying to feed a family, take care of others or themselves as best they can. If you created a situation for these women where sex work is the last option, after having been denied proper education, training or care, why do you make it illegal? No one is proposing the sale of teenage girls; but with the amount of time the police spend hunting down women who are in this trade willingly, this money and time could instead be invested in making sure that 14 year-old girls are not trafficked. Right?

Pivovachuk: Many people fear that legalizing prostitution will actually increase trafficking. What do you say to that?

Chaurasiya: People say that all the time: If sex work is legalized then people will start smuggling teenage girls, or that this will become legal. No one is suggesting legalizing trafficking. No one is suggesting the sale of people, whether they are women or men, or boys working in factories – no matter who they are. So many people don’t distinguish between trafficking and sex work, and there needs to be a big differentiation between them. There is no data that definitively shows that the legalization of sex work has brought an increase in trafficking. There is no evidence anywhere to suggest that trafficking becomes more common or easier if sex work is legalized.

The only way to end issues relating to sex work – if you actually want to end the industry – is for every girl in the world to have access to education, jobs, and money. That’s the only solution: every single girl. And when is that going to happen?