If most of the history of India has been characterized by misgovernance, is there any hope at all that it can be stopped?

Before I answer that question, I should say that this article is neither for nor against India’s ruling Bharatiya Janata Party (BJP). Nor does this article argue for or against the principal opposition party, the Indian National Congress. In fact, this article does not target any other political party either.

Misgovernance is the reason for monsoon warnings not being issued correctly, or warnings, even when issued, not being heeded by relevant authorities. Indians might have demonstrated great generosity, energy and innovation to rescue people and try to rebuild society after the Kerala floods, but how did the country fail to prepare for the floods, or evacuate people before disaster struck?

THE PAST HAS LESSONS FOR THE FUTURE

In my view, India was generally misgoverned throughout its past. It is true that brief periods in India’s 5,000-year history are shining lights of good governance. For instance, Emperor Ashoka created a welfare state as far back as 2nd century BC. About five centuries ago, the Moghul emperor, Akbar, reformed the revenue system and inaugurated a period of religious tolerance when religious wars were common, and not only in Europe. Yet Akbar’s and Ashoka’s systems soon crumbled in the face of avarice of their successors who fleeced their subjects with extortionate taxation to make their own lives ostentatiously luxurious.

If most of the history of India has been characterized by misgovernance, is there any hope at all that it can be stopped?

We may be encouraged by recollecting that efforts to stop misgovernance too have a long history in India. In the 6th century BC, the Buddha and Mahavira (the 24th Jain tinthankara) launched new spiritual movements, which were, in their own ways, efforts to curb misgovernance. The Bhakti movement in the medieval period can also be viewed in that light, as it replaced the authority of Brahmin temple priests as well as of traditionally upper-caste ascetic religious leaders by lower-caste individuals (including, astonishingly, women) who came to be revered because of their intense emotional commitment (bhakti) to the divine.

Modern reformers such as the poet Henry Louis Vivian Derozio and the social reformer Raja Rammohan Roy during the British era, down to the human rights activist Vinoba Bhave in the late 1970s, each tried to break the iron cage of traditions that systematized oppression. They fought against limitations to life, liberty, freedom and material progress, the impact of idolatry, discrimination on the basis of caste, prevalence of child marriage, abandonment of female children to the gods, the practice of widow-burning and the socio-economic structures that produced the phenomenon of landless laborers throughout the country.

REFORM OF THE RSS SORT

Currently, many Indians have put their faith in the Rashtriya Swayamsevak Sangh (RSS), a movement that aims to reform Hindu society by trying to create a disciplined cadre. Originally an exclusively upper-caste Brahmin movement, it is now open to other castes, but it is still dedicated to the protection of what they see as Hindu political, cultural and religious interests against the secular and libertarian ideals of the Indian Constitution. Many RSS members are well meaning and highly motivated. However, the movement’s definition of character is flawed because it is insular and exclusive. Not surprisingly, the organization produces obedient cogs instead of critical thinkers. It is noted neither for originality nor for creativity. Many people consider the movement to be itself corrupt and corrupting, because there is no transparency around how the RSS is funded, nor around where the funds go.

No movement can overcome its flawed definitions, its blinkered ideology or its limited leaders. The RSS is no exception and, therefore, cannot solve the issue of misgovernance or corruption. To its credit, the organization has at least a few leaders who are capable of self-reflection and self-criticism. However, they have yet to produce alternative models of governance or meaningful reforms to India’s still-colonial state.

When Indians who have fallen prey to Hindu supermacist ideology of RSS eventually realize its intellectual bankruptcy, their disappointment will be massive. This disappointment could easily lead to disillusionment and even a descent into despondency.

RETURN TO THE CONSTITUTION

If the RSS does not offer a panacea, is there anything to which Indians can turn? The good news is that India is in fact liberating itself slowly if haltingly from the trammels of tradition. Large numbers of ordinary citizens are reposing their trust in reason, justice, fairness, freedom and equality. These are the very values enshrined in the Indian Constitution.

All of India’s political parties may have failed. The modern reformers in the RSS might be destined to fail too. But not all is lost. India’s diversity, its love for the local, for the particular, for the idiosyncratic is its saving grace. Ultimately, it is love, not hate, that can keep a country as diverse as India together.

Some might object that we love ourselves too much, and our nation too little, that we are out for our own advantage and not for the benefit of the nation as a whole. In my view, love that merely seeks advantage for itself is a narcissism, a corrupt form of love. Genuine love is concerned with giving and with serving. When the number of Indians who find self-fulfilment in giving and serving reaches critical mass, we will create more effective organizations that struggle for good governance and reform institutions in order to stop misgovernance. 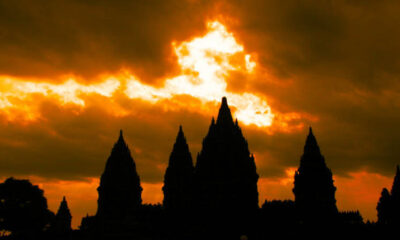 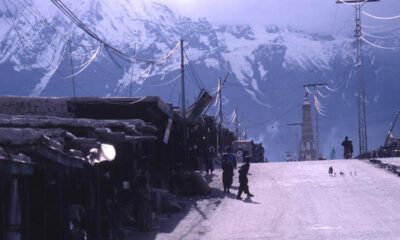 Kashmir Has Been Through Worse