A logjam in the upper house of India’s parliament has been resolved, paving the way for reforms and future growth.

When US President Barack Obama visits India in January on the occasion of the country’s Republic Day, he will be talking ordnance. “India and the US are discussing defense technology transfer and joint defense production as a prelude to President Barack Obama’s visit,” notes business daily The Economic Times. India is the world’s largest arms importer ($14 billion over the past three years and a projected $139 billion up to 2020). The US has recently displaced Russia as the largest supplier of arms to the country.

Indian Prime Minister Narendra Modi, on the other hand, is thinking ordinance. His reforms process was being thwarted by a filibustering opposition in the upper house — the Rajya Sabha — where his coalition lacks a majority. In late December, he used executive fiat (or ordinance) for coal sector reforms, to amend the land acquisition laws, and to hike the foreign direct investment (FDI) ceiling in insurance from 26% to 49%. In January, it was the turn of the mining and minerals sector.

“The ordinances demonstrate the firm commitment and determination of this government to reforms,” said Finance Minister Arun Jaitley. “It also announces to the world that this country can no longer wait even if one of the houses of parliament waits indefinitely to take up its agenda.”

The ordinances do not become law automatically; they have to be passed by parliament within six weeks of the commencement of the next session. There is a way to tackle a recalcitrant Rajya Sabha; Modi can call a joint session of parliament and, with his Lok Sabha (lower house) majority, get the ordinances passed into law. “The ordinance route definitely makes the intent of the government very clear,” says Kaustubh Dhargalkar, associate dean and head of Innowe, the Center for Innovation and Memetics at WE School. “It spells out the fact that there is no time to waste on the niceties of democracy when a job needs to be done.” Too Early to Judge

Indian industrialists may carp at the pace of reforms, but the overall opinion is that Modi has hit the ground running. “I think the Modi government has made a good start, but it is premature to judge performance quite yet,” says Jitendra V. Singh, dean and professor of business at Hong Kong University of Science and Technology, and emeritus professor of management at Wharton. “Some of the positives are already evident: There is much higher confidence in foreign markets like the US, Japan and Hong Kong. There have been successful state visits to Japan and the US, and visits to India by Xi Jinping, Vladimir Putin and other world leaders.” Jayanta Nath Mukhopadhyaya, director of the department of management at the J.D. Birla Institute, adds: “Modi has chalked up handsome success in international relations and motivating the bureaucrats.”

Acceleration of reforms is “pretty challenging for any government, given the number of stakeholders involved and reconciling their interlocking agendas,” says Rajesh Chakrabarti, executive director of the Bharti Institute of Public Policy at the Indian School of Business, Mohali. Sunil Bhandare, advisor for government and economic policies at the Tata Strategic Management Group, adds that while there has been a slowdown in the reform process, this is primarily due to the distractions from within Modi’s party (the Bharatiya Janata Party — BJP) and the BJP parivaar (family). “It’s a very short period to pass any judgment,” notes Dhargalkar. “But the heart of this government seems to be in the right place.”

India has experienced two successive years of below 5% GDP growth. Both the International Monetary Fund (IMF) and the World Bank, in separate reports, have predicted an identical 5.6% growth rate in 2014 and a higher 6.4% in 2015. “The Indian economy is expected to do much better in 2015-2016,” says Jaitley. In a year-end letter to employees, Cyrus Mistry, chairman of the $100 billion Tata Group, said that “the ambitious ‘Make in India’ campaign holds the promise of re-igniting growth in the years to come.”

“I think the prospects for GDP growth in the medium- to long-term are very positive,” says Singh. “In the short-term, there are still many problems inherited by the Modi government which will take some time to sort out. I fully expect that the reform process will get put on the fast track again in the new year; things could hardly be much worse than the last few years of the outgoing government, and that is a rather low bar to surmount.” While some policy changes will be needed for Make in India to have strong legs, Singh notes, corporate performance “is hardly the responsibility of the government. Fiscal governance may well be challenging in the short run, but [will] ease in the medium to long term as India continues to be an attractive destination for foreign capital. It is clear that among the BRIC countries, Brazil and Russia have encountered problems, and even as China is slowing down, India seems to be doing well in recent months.”

Fiscal governance, as Singh points out, is indeed a problem. According to government data, the country’s fiscal deficit was Rs. 5.25 trillion ($83.08 billion) during April-November. This was 98.9% of the full-year (April-March) target. The government expects higher tax receipts, a telecom spectrum auction (expected to bring in $10 billion) and public sector disinvestment ($7 billion). But there is no certainty about tax receipts as short-term corporate growth has not lived up to initial hopes (the index of industrial production actually contracted in October by 4.2%, a three-year low) and divestments have always missed their targets. However, November core sector output was at a five-month high of 6.7%. Industry blames the slow growth on lack of investments. Reserve Bank of India (RBI) Governor Raghuram Rajan has been criticized for refusing to lower interest rates (the repo rate — the rate at which RBI lends money to commercial banks — is 8%), though inflation has fallen. In October, inflation, as measured by the wholesale price index, was zero. Criticism of the RBI governor is growing.

Singh doesn’t agree. “I believe that Rajan is one of the better central bankers in the world among the major economies,” he says. “We need to back off and let him do the job he was appointed to do, and trust that he knows what he is doing. Inflation is currently low and the temptation is strong to have him lower rates in the hopes of reviving GDP growth. Those same critics should be asked, ‘What would you say if lowering interest rates weakens the rupee even more, since higher real interest rates may be one reason foreign inflows are coming into India?’ This would worsen the current account deficit, and the rupee would weaken further. In fact, the rupee has already suffered somewhat recently, in response to problems in other emerging economies like Russia.”

The rupee is the other worry of the government. On the first day of the year, the rupee dropped 32 paise to end at Rs. 63.35 against the US dollar. “As always, a weakening rupee is a mixed bag,” says Chakrabarti. “It creates export competitiveness and closes the current account gap on the one hand and creates problems with inelastic import bills like oil on the other. As of now, given the lower oil prices, a slightly weaker rupee may not be such bad news.”

According to Bhandare, a huge step-up in the growth rate is not expected immediately, but the country will likely move from the current 5.5% to 6%-6.5% in the next few years. “Come 2017, a lot of hopes are pinned on the reforms process being accelerated. By that time, the BJP is expected to improve its position in the Rajya Sabha significantly, and this will facilitate the reforms being pushed forward,” Bhandare notes. “We expect that by 2017, with better reforms and two–to-three years of 6%-6.5% growth, India will be able to get back to its potential of 8%-8.5%. By then, the fiscal situation should improve and FDI [foreign direct investment] should start flowing in. The ease of doing business will certainly improve.”

Chakrabarti adds that in the short run, acche din (good days; a slogan of the Modi government) euphoria is behind the country. “India will have to wake up to the reality that things will be not that different from what they were in the past,” Chakrabarti says. “In the long run, if the government actually walks the governance talk and manages to contain the Hindu right-wing distraction, GDP growth will rise gradually to 7% or even more. Manufacturing can definitely improve and corporate performance can be more energetic. But nothing happens overnight. Like any other government, this one also lacks a magic wand to solve all of India’s structural problems. Economics unfortunately is less prone to hype, though not totally immune to it in the short run.” 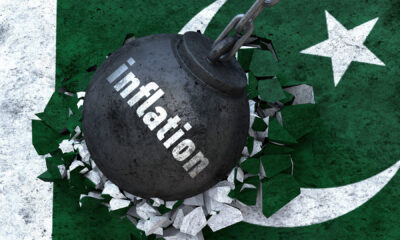 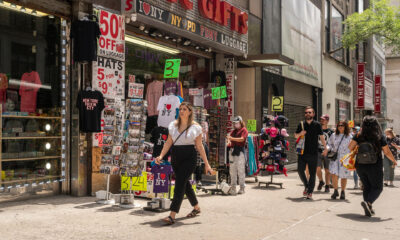