The future of the BJP depends on what the party does with the little time left.

The world’s largest democracy is counting the days to its general election scheduled to begin on April 11, with major opposition parties determined to turn the tables this time. For the ruling Bharatiya Janata Party (BJP) this election will be an important battle to strengthen its regional clout against the losses suffered in three state elections in Rajasthan, Madhya Pradesh and Chhattisgarh in December 2018. Political analysts see these as Prime Minister Narendra Modi’s most significant electoral loss since 2014. Does this mean Modi and his party face a crisis?

Several political analysts attributed the loss to the proactive policies introduced by the BJP that resulted in a fundamental shift in people’s opinion of the government. First of all, the upper classes are unhappy about the restoration of the Scheduled Caste and Scheduled Tribes Act, which was earlier struck down by a Supreme Court order. The measure was enacted by the Indian Parliament to prevent crimes against the scheduled castes and tribes, establishing special courts to provide judicial relief to the victims of such offences.

Second, there is anxiety over the job creation figures, coupled with the increasing number of people entering the workforce. Third, the 2016 demonetization policy caused pain and turmoil for the private sector, with hope now lost of bringing corrupt firms and individuals to book. Furthermore, the government’s claims of combatting tax evasion and a professed reduction in illicit cash flows have not been substantiated. However, instead of curbing the black economy, demonetization decreased market liquidity, destroyed small-scale business and caused unemployment.

To add to these woes, the goods and services tax (GST) was introduced just when people were on their way to recovery, giving them no time to adapt to the changes. The GST was brought by Parliament to replace many indirect taxes as a comprehensive tax levied on every value addition to a product or service. It is in principle just a new name for the already existing taxes, and there are no reductions in the number of tax brackets. Hence, the reform failed to provide what was billed as the one nation, one tax simplification to the country’s tax code.

The BJP did not address the causes of widespread corruption, and the legislation brought forward failed to move the country from its low ranking on the Corruption Perception Index. The party has an image of being overly reliant on bureaucrats with no domain expertise. The illustration to this would be the newly appointed governor of the Reserve Bank of India, Shaktikanta Das, whose highest qualification is a masters in history. The number of pending cases in the courts have increased over the last four years, creating a backlog.

There are loopholes in the impressive economic figures that the BJP has boasted. Modi’s report on India’s economic performance failed to list several problems and unaddressed flaws. For example, even as the prime minister declared the Make in India program a success, it is nowhere near the 100 million new jobs that were promised. All these have the potential to turn small traders — Modi’s core base — against him in the coming elections.

Though the BJP refuses to admit it, there are signs of panic within the ruling government. This is evident from the reaction to the recent losses. Within a few days of the state elections, Modi came up with the 10% reservation for the economically weaker upper castes. In India, a certain percentage of seats are reserved in educational institutions based on caste, religion and gender. Modi’s recent reservation policy was an add-on to the already existing reservations for the economically weaker lower castes and presents a policy move specifically aimed at keeping BJP supporters happy.

This decision is similar to the one taken by the then-ruling United Progressive Alliance (UPA) government just before the 2014 elections. UPA proposed to add Jats to the Other Backward Classes section so that they would benefit from the reservations. However, a Supreme Court verdict rejected this proposal in 2015 on constitutional grounds, reiterating that “caste cannot be the only factor and backwardness has to be social.” The BJP’s chief minister for Bihar, Karpuri Thakur, introduced the first caste-based reservation in 1977. Since then, politicians use this as a weapon of last resort.

The current government’s reservation step can have three outcomes. First, the vote banks can remain the same, with the BJP retaining the upper-caste vote. Second, the measures can antagonize the rest of India’s vast population. Third, there is also the possibility that the reservation will bring no change to the status quo. Therefore, the Modi administration should do something more than just play the reservation game in an attempt to harvest most seats in upcoming elections.

In the 2014 elections, the BJP’s major victory came from eight states — Gujarat, Rajasthan, Uttar Pradesh, Maharashtra, Madhya Pradesh, Chhattisgarh, Jharkhand and Delhi — the predominantly Hindi-speaking belt and the western regions. The party won 216 out of the 273 seats up for grabs in these eight states, which made up 75% of the BJP’s total tally in Parliament. Some even argue that the recent losses signify the fading away of the Modi wave in these regions.

Making Up for the Losses

There is a need for the BJP to expand its footprint to other parts of the country, especially the eastern coast, to make up for the losses. The five coastal states — Andhra Pradesh, Odisha, Tamil Nadu, Telangana and West Bengal — account for a total of 144 seats in Parliament. The BJP has performed poorly in these states in the previous Lok Sabha (lower house) elections, winning just seven seats. Pursuing this path won’t be easy. Historically, regional parties have had a firm grip on the eastern seaboard. The tactics employed by regional parties in these areas differ from national party politics: They get to enjoy long-established, traditional links with the electorate the BJP is yet to reach.

This also comes against the backdrop of the BJP’s often-iterated concept of a united India that may not attract the attention of regional voters. The BJP faces a major dilemma here. If it were to focus on the state-specific issues to woo voters in these states, it might lose credibility in other parts of the country.

A solution to this is a coalition with the regional parties to give expression to their concerns. Without the support of regional allies, it will be very difficult for the ruling party to make a mark in these states. It is unlikely that the BJP can form coalitions in some states before the election process begins in April, but it can form a coalition government after the vote.

In West Bengal, Chief Minister Mamata Banerjee of All India Trinamool Congress dominates almost single-handedly. Knowing this, Modi is already trying to woo Bengal. Speculations are such that this year’s Bharat Ratna — India’s highest civilian award — might have a political bias, after it was awarded to Pranab Mukherjee, India’s ex-president and a prominent figure in West Bengal. The BJP also needs to look out for prominent regional leaders in the different states to reach out to the maximum number of people to win the battle.

The days ahead of the election will be tough for the BJP. A lot is at stake. Prime Minister Modi needs to revamp his strategy to work his charm among the people who led him to victory in 2014. The future of the BJP depends on what the party does with the little time left. 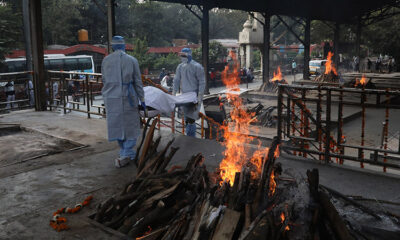 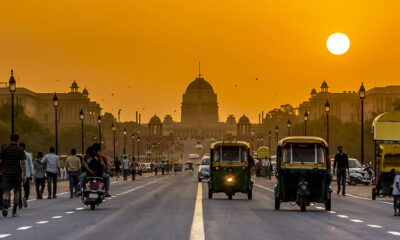 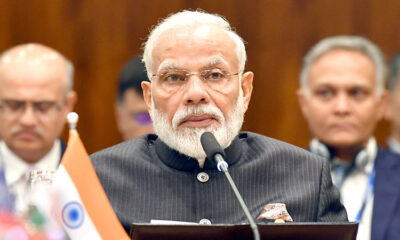