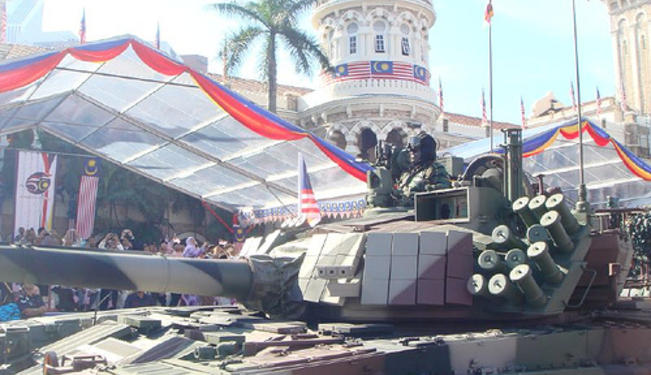 The FPDA, conceived as a consultative framework for the joint defence of Malaysia and Singapore, has proved to be an effective psychological deterrent. It has evolved into an area defence system that continues to be relevant and beneficial to the region.

The Five Power Defence Arrangements, or FPDA, which marked its 40th year of existence last month, does not attract much attention these days. There was little coverage of the gathering of the defence ministers of the five members, Malaysia, Singapore, Australia, New Zealand and United Kingdom, in our newspapers, with one or two exceptions. This would lead some to judge that the FPDA is unimportant simply because it is less familiar in memory. Behavioural economists call this the “familiarity heuristic”, a cognitive bias and fallacy that does not stand up to historical scrutiny.

When Prime Minister Harold Wilson announced in 1967 that the United Kingdom would withdraw its forces from “East of Suez”, alarm bells rang in Singapore and Malaysia. It was hardly a propitious time. Both countries had been through a messy divorce. The Indonesian Confrontation against the “neo-colonialist” creation of Malaysia had only just ended. The Communist Insurgency looked as if it might be resurrected. The Vietnam War was ramping up.

These were challenging times. The impending loss of the British security umbrella created a huge sense of uncertainty in Singapore. In his memoirs, Lee Kuan Yew stressed that “it was necessary to make clear to everyone that it was not the intention of the Western allies to leave a vacuum in the area after 1971, which could be filled by either Russia or China or anybody else”. The British proposed that the FPDA replace the Anglo-Malayan Defence Agreement, or AMDA. It is important to remember that the FPDA is not a treaty. In fact, it is a collection of bilateral Status of Forces Agreements, or SOFAs, separately established by Malaysia and Singapore with each of the extra-regional powers, Australia, New Zealand, and the United Kingdom. Had the FPDA been presented as a treaty organisation, then it would likely have provoked negative reactions from others in the region and beyond. It would have recalled comparisons with the much maligned Southeast Asia Treaty Organisation, or SEATO, as a cat’s paw of the external powers. Indeed, Indonesia viewed the FPDA with suspicion especially in the early years when it felt, perhaps with some justification, that the FPDA was directed against it. Concerns over such reactions in the region shaped the FPDA. A gingerly approach towards Indonesia’s sensitivities constrained the FPDA’s development. I believe it still persists, despite evidence of a more relaxed attitude on Indonesia’s part today.

Because of such considerations, the FPDA was presented as a loose consultative framework. In the communiqué that launched the FPDA, the key provision states that: “In the event of any form of armed attack externally organised or supported, or the threat of such attack against Malaysia or Singapore, the governments would immediately consult together for the purpose of deciding what measure should be taken jointly or separately in relation to such attack or threat.” This provision needs to be read carefully. It is a masterpiece of strategic ambiguity. It cannot be deemed to be a treaty, a la NATO, because it lacks the automaticity of the North Atlantic Treaty Organisation, which considers an attack on one member to be an attack on all. Instead, it only commits the five members to consult in the event of an attack or threat against Malaysia or Singapore. But this commitment provides a measure of psychological deterrence. Any potential aggressor would have to guess whether an attack or threat might trigger a combined response from the five powers. In the early years, it provided an important degree of comfort to Singapore, struggling to establish its own self-defence capability after separation from Malaysia.

But Singapore was not alone in seeing the importance of the FPDA. Malaysian Prime Minister Mahathir Mohamed told Lee Kuan Yew that the FPDA and the IADS would counterbalance the Soviet bases in Vietnam. Indeed, both countries later publicly acknowledged the strategic value of the FPDA in their respective defence White Papers decades later. Yet, the FPDA might not have been. Lee Kuan Yew describes how Australia worried that it might be sucked into the bilateral problems between Malaysia and Singapore, and how Malaysia tried to cut a separate bilateral security agreement with Australia. He believed that any attack on Malaysia would just as clearly threaten Singapore. As a little red dot with no strategic depth, this made a lot of sense. Any arrangement that excluded Singapore was not on. In the end, the larger strategic considerations prevailed. It was agreed that the FPDA should be predicated on the indivisibility of defence of Malaysia and Singapore.

From Air Defence to Area Defence

So in 1971, the FPDA was established with the Headquarters of IADS based at Butterworth, under Australian command. Britain, Australia and New Zealand stationed army troops. The British also contributed helicopters, and the Australians eventually stationed two Mirage squadrons. But the draw-down of these forces was inevitable, especially as the strategic situation in the region improved, and as Malaysia and Singapore strengthened their respective defence capabilities. In 1983, Australian Prime Minister Bob Hawke withdrew one Mirage Squadron from Butterworth. The next year, he decided to run down the remaining Mirage Squadron, to be replaced by rotational deployments of F-18s. New Zealand withdrew its battalion from Singapore in 1989. Each draw-down caused some consternation in Kuala Lumpur and in Singapore. This was perhaps a measure of the relevance and importance that the FPDA had acquired. Despite the loss of the permanent detachment of Mirages, IADS remained intact with its Australian Commander, always a two-star Air Vice-Marshal, and a Malaysian Deputy Commander. IADS itself evolved into the Integrated Area Defence System, coordinating the defence of Malaysia and Singapore not only in the air, but also at sea and on land. This evolution, which included the acquisition of a sophisticated command and control system for IADS, coincided with the introduction of an annual joint exercise, Bersama Lima, involving the large-scale deployment of air, naval and land forces of the five countries.

The five powers have each derived benefit from the FPDA. It has allowed the United Kingdom a legitimate though reduced presence in the region where it has large interests, both economic and political. For Australia, the FPDA gives it a strategic foothold in a region that is vital to it from every conceivable perspective. For New Zealand, despite its straightened circumstances, the FPDA is a platform to maintain its engagement in Southeast Asia, a region of traditional and strategic interest. For Malaysia and Singapore, the most obvious benefits of the FPDA are the training opportunities provided through regular exercises, courses and seminars. These have helped improve the professionalism of the armed forces of the two countries.

There is another important role that the FPDA has played that is often overlooked. During the occasional downturns in bilateral relations between Malaysia and Singapore, the FPDA has provided a platform for the two defence establishments of the two countries to keep channels of communication open and to maintain a level of contact not possible in a bilateral setting. Equally important, though never explicitly stated, the FPDA has provided an important deterrence and helped build confidence, especially during the first few decades when both Malaysia and Singapore were building up their defence capabilities. Carl Thayer, who has described the FPDA as “a quiet achiever”, notes that with the improved command and control mechanisms and the experience gained in inter-operability, the armed forces of the five countries can operate under a single command. The FPDA continues to evolve. Not only has the size of FPDA exercises increased, but their scope and complexity have expanded, to include in recent years, Humanitarian and Disaster Relief (HADR) and Non- Tradition Security (NTS).

The FPDA is like a chameleon, constantly adapting to the changing environment. Its physical avatar – IADS – has transformed itself from an air defence system into an area defence system, the only standing multilateral defence system in the region. This must be a unique achievement for a loose consultative framework. Because they agree that the defence of Malaysia and Singapore is important and indivisible, and because they see significant strategic benefits, the five partners continue to commit significant resources to the FPDA, at the political level through the annual FPDA Defence Ministers Meeting, at the operational level through IADS, and through deployments to the many exercises conducted each year. The FPDA has probably surprised many by its longevity and continued relevance. There is no reason to believe that the gene of adaptability embedded in the FPDA’s DNA will not see it thrive for another forty years. In this regard, I think it can be argued that the FPDA, despite – or perhaps because of – the low-key approach adopted since the beginning, has been a stabiliser playing a significant part in the development of Southeast Asia into the peaceful region that it is today. It is for this reason that the book “FPDA at Forty” jointly published by ISEAS and RSIS is an important contribution to our understanding of not just the FPDA itself, but also of the region.

Peter Ho, Senior Adviser to the Strategic Futures Division, Prime Minister’s Office, was formerly Permanent Secretary of Defence, Foreign Affairs and Prime Minister’s Office and in charge of the National Security Coordinating Secretariat. This commentary is based on his remarks at the launch of the book FPDA AT FORTY published jointly by the Institute of Southeast Asian Studies and S. Rajaratnam School of International Studies, Nanyang Technological University on 1 December 2011.