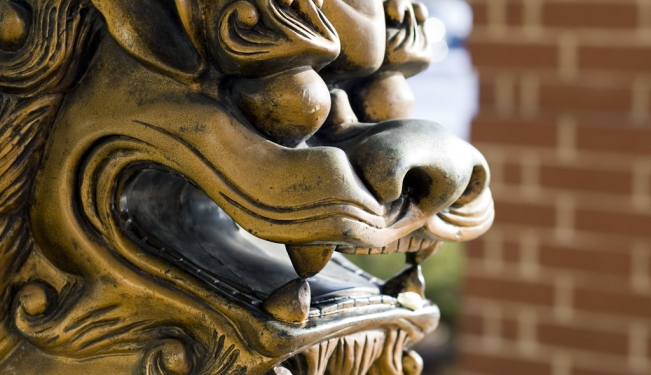 Napoleon is supposed to have remarked, "Let China Sleep, for when the Dragon awakes, she will shake the world." In 2011, as the West struggles with its debt crisis, the Dragon is certainly awake and seeking out its place in the new universe.  Much ink has been spilled on China in capitals as far flung as Washington DC and Delhi.  Scenarios are being painted both of China emerging as a future hegemon and of China imploding under the weight of its contradictions.  The truth as Oscar Wilde quipped is rarely pure and never simple.  China has great strengths and immense weaknesses.  There is no inevitability to any scenario but what we know for sure is that China is now going to take center stage in shaping the world.

The return of China to its rightful place in the global world order is the defining feature of our era.  Politically, China arrived on the world stage after the communist revolution and the Korean War.  The Nixon-Kissinger overture to China resulted in China becoming a permanent member of the UN Security Council despite the blunder of ‘the great leap forward’ and the chaos unleashed by ‘the cultural revolution’.  Deng’s reforms that began in 1978 operated on the premise that China needed to focus on economic growth and poverty reduction in order for the country to emerge strong again after a century of weakness and humiliation.  They certainly unleashed a dramatic transformation of the country and largely achieved their purpose.

The 1990s were a period when China kept its head down.  Tiananmen, the collapse of the Soviet Union and of communism in Eastern Europe put the US in a dominant position and shook China’s confidence.  The 1997-98 Asian financial crisis seemed to usher in an era of unbridled American domination where other countries had little option but to go along.  In 1999, the US and its NATO allies went to war against Serbia without UN Security Council authorization.  It gave the signal that the US was clearly numero uno and could make decisions without dealing with other powers.  China was not quite the center of attention during this decade or even in the early part of the 2000s when 9/11 and the Iraq War occupied global attention.

Today, with the US and EU in a debt crisis, China has acquired greater heft.  It holds over $3 trillion of foreign exchange reserves and its runaway growth rate has barely been touched by the global economic crisis.  At the same time, the 2010 figures for the euro area public deficit and overall government debt are 6.4% and 84% of the GDP respectively.  If one takes out high performers like Germany, the euro area figures are worse and, as is well reported, the situation in countries like Greece is dire.  The 2010 US deficit and public debt stand at 10.6% and 91% of GDP.  This means that while the US and the EU will be cutting public expenditure in the foreseeable future, China will have cash to spend on its priorities like education, defense and infrastructure.  More importantly, as the single largest creditor to the US and many other countries, it will have increasing global influence.

China’s economy is increasingly intertwined with the rest of the world.  The hungry dragon is the world’s largest exporter and has seen the largest and fastest industrialization in human history.  It wants increasing amounts of oil, iron ore, tin, bauxite, copper and almost every commodity in the global market.  Brazil’s biggest trading partner is no longer the US, it is China.  Australia, a staunch US ally, finds its economic prosperity dependant on booming Chinese demand for the minerals it mines across its vast land.  Both Latin America and Africa are seeing massive Chinese investment.  Armies of Chinese workers are building ports, roads and railways in different parts of the world.  Even India, its suspicious southern neighbor, finds China to be its biggest trading partner since 2008. Bilateral Indo-Chinese trade in 2010 was $60 billion and is expected to rise to $100 billion in a mere five years.  If China sneezes, the rest of the world is very likely to catch a cold.

China’s economic miracle is not without its warts.  Inequality has increased dramatically and is beginning to cause tensions.  2011 has already witnessed major protests and caused jitters to the Communist Party leadership.  In pure economic terms, a number of economists and investors believe that China is witnessing a real estate bubble that is reminiscent of Japan in the 1980s.  Furthermore, over-investment is seen to be a continuing problem and too many projects are sanctioned because of prestige factors instead of considering the return that they might bring.  There are fears that the bad debts on the books on Chinese banks are hidden from view and there is no accurate estimate of the figure that some estimate to be well over a trillion dollars.  Finally, a key economic risk for China is inflation that, because of fixed exchange rate with the dollar, is only exacerbated when the US decides on a loose monetary policy.

China faces other challenges.  The first is feeding 20% of the global population on 10% of the world’s arable land.  This land is already seeing substantial losses due to environmental degradation and desertification.  Greater prosperity in China is increasing food consumption and, in particular, the demand for meat, exacerbating China’s challenge to feed its masses.  The second challenge is water.  As stated earlier, desertification is a major problem for China.  This implies that freshwater supplies are running low and for all of the great irrigation projects being undertaken by China, the acute scarcity of renewable water resources is a very real possibility.  Pollution is a major problem and demography might soon act as a constraint.  A generation of single children might soon have to start supporting their parents and China might find itself in the unusual position of turning old before it becomes rich.  The big fear, of course, is internal turmoil.  For the first time this year, spending on domestic security overtook defense.

For all of China’s problems, the country is well set to play a dominant if not predominant role in the world.  It has a solid industrial foundation, world-class infrastructure, high rates of investment savings, an improving educational system and a large enough domestic market.  Its military is modernizing – developing missile systems, upgrading its navy and developing decent cyber-war capabilities.  Even if China was to experience considerable upheaval, it will never revert to the quiescent introverted position it ended up in the early part of the last century.

China’s very growth has compelled it to take a more active global role.  Since it is the world’s biggest exporter, it has to engage with countries around the world.  Its hunger for resources like oil, copper and soybean means that it is being forced to engage strategically with countries with which it has little past association like Brazil or Sudan.  Furthermore, as an outward looking economic power reliant on resources and export markets abroad, China is starting to take more of an interest in safeguarding its sea lanes and exploring both space and cyber space.

China’s return on the global scene is upsetting not just to the US and its western allies.  The most worried powers are its immediate neighbors.  Russia is hemorrhaging people and is in a demographic crisis.  The eastern part of Russia is increasingly being populated by Han people streaming across its southern border.  South Korea is nervous because China still backs North Korea and, similarly, Japan is getting increasingly uneasy about an assertive China.  Vietnam and India have both fought wars with China and both of them suspect Chinese designs in their neighborhood.  China has territorial disputes with both countries, which cause tensions from time to time. Only last week, Vietnam and China had a spat over Spratly Islands including some live-fire drills as both of them want to claim them to drill oil.  Whilst, all these countries are increasingly engaging with China economically, they are terrified of it strategically.  Therefore, they are devising new strategies to counter China.  One strategy involves a closer relationship with the US.  However, valuable though this may be, it offers no guarantee of an intervention when US interests are not at stake.  Another strategy involves closer ties with each other.  The military establishments of India and Japan are now talking to each other a great deal more frequently and establishing closer cooperation.  It would be surprising if they were doing so were China not a growing cause for concern.

As its economy grows, China is bound to become more powerful.  For instance, it would be interesting to see what stand the Greeks, Portuguese and Spanish will take on Tibet now that much of their debt is owned by the Chinese.  The return of China to global prominence is changing incentives and alliances for countries all over the world.  Poor countries now have someone other than the European led IMF to turn to.  Rich countries have to worry about a hungry giant who is growing feverishly.  Chinese economic and political trajectories will be increasingly intertwined with those of countries like the US, Japan, Vietnam and India creating greater possibilities of both engagement and rivalry. 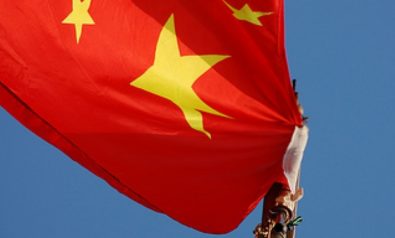 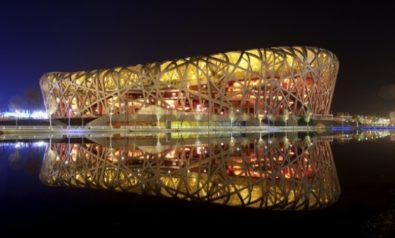 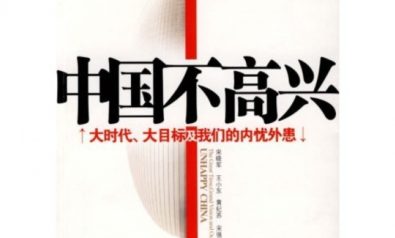