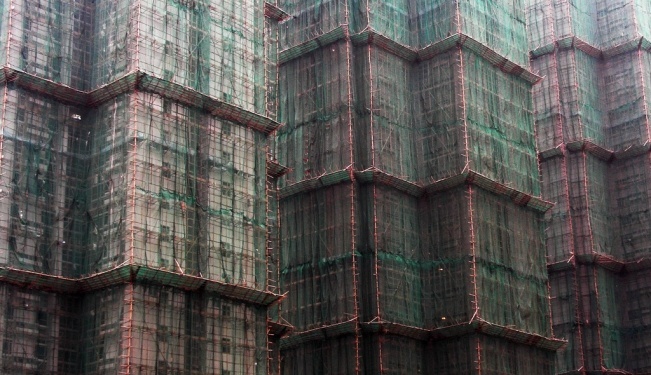 Chinese scholar Guifeng Shi explains the intricacies of China’s real estate market. As a country with a high population and limited land real estate has always been a valuable commodity, and if more so than ever now as China’s middle- and upper-classes grow at an unprecedented rate. Demand for land has risen unequally across the country, with cities suffering an overabundance of buyers and a dearth of supply.

Professor Guifeng Shi is an instructor at Shanghai Jiao Tong University (SJTU). This past year, he was a visiting scholar at the Wharton School of the University of Pennsylvania. We asked Professor Shi some questions about the Chinese real estate market and the RMB.

Professor Shi: First, we must recognize the following reality: China has always experienced the inevitable combination of a large population with a shortage of land. Too much of the population is concentrated in areas with limited resources.

Fair Observer: Could you give an introduction to the Chinese real estate market, and how it has been affected by the banks' lending policies?

Shi: The Chinese real estate market has been developing too quickly in the recent years, partially due to demand and supply determinants, but also due to the banks’ and local governments’ attempts to spur investment. The development of Chinese real estate is closely linked with bank credit. Real estate enterprises rely on their own funds and outside financing. In circumstances where internal capital is limited and capital markets are undeveloped, bank credit becomes the primary source of capital. Real estate development loans and individual mortgages incentivize banks to satisfy the tremendous capital demands of real estate enterprises.

FO: Do you think there is a bubble and if so, what are the most important policies to target the bubble?

Shi: I don’t believe that there is an overall bubble, though in certain regions the overly high housing prices exceed many people’s ability to pay. Whether there is a bubble is in fact very difficult to determine; if we look at the ratio of rent to purchase price, the ratio of housing price to income, occupancy rate, etc., then certain real estate markets, especially those of Beijing, Shanghai, Guangzhou, and other developed cities, are already overheated. But even in these regions, demand is strong. This demand comes not only from local residents, but also from the wealthy in other regions and from domestic/international investment capital.

FO: Why do you think that real estate prices have risen so quickly in the past decade?

Shi: Reasons are complicated. From the supply side, local governments, in order to receive the huge land transferring fees and in response to the population’s movement to cities, are proactively pushing for the development of cities, while simultaneously controlling the market supply of land. Additionally, many local governments view real estate as the pillar industry. Tax revenue and performance evaluations are to a degree reliant on the successful development of real estate. From the demand side, the first generation of only children after the Planned Birth Policy’s implementation has already reached marriage age, creating demand for independent housing and reducing their parents’ burden in purchasing homes. Over the past few years, the population has experienced an increasing trend to gather in the large cities; the pattern is particularly pronounced among college graduates since the 1998 expansion in higher education enrollment. As people have become richer through the stock, commodities, and real estate markets, the demand to purchase homes in large cities has strengthened, especially where there is a lack of alternative investment products offering stable returns, real estate investment is a relatively good choice, especially in the center of large cities. Additionally, competition in the banking industry is intensifying, with banks facing more scrutiny of their profitability indicators; the real estate market becomes a source of high and stable returns.

FO: What is your take on the RMB being pegged to the US dollar until recently?

Shi: The question of the RMB is complicated. China has hitherto based its rapid development strategy on a model that spurs the economy with investments and exports. Currently, exports primarily consist of processed trade items. These items are particularly sensitive to fluctuations in the exchange rate, which heavily impacts the export industries.  As the RMB becomes more commoditized and capital accounts open, more extraneous factors will influence the exchange rate, allowing the RMB to become more market-determined. Under current inflation, appreciation of the RMB may be beneficial both domestically and internationally.