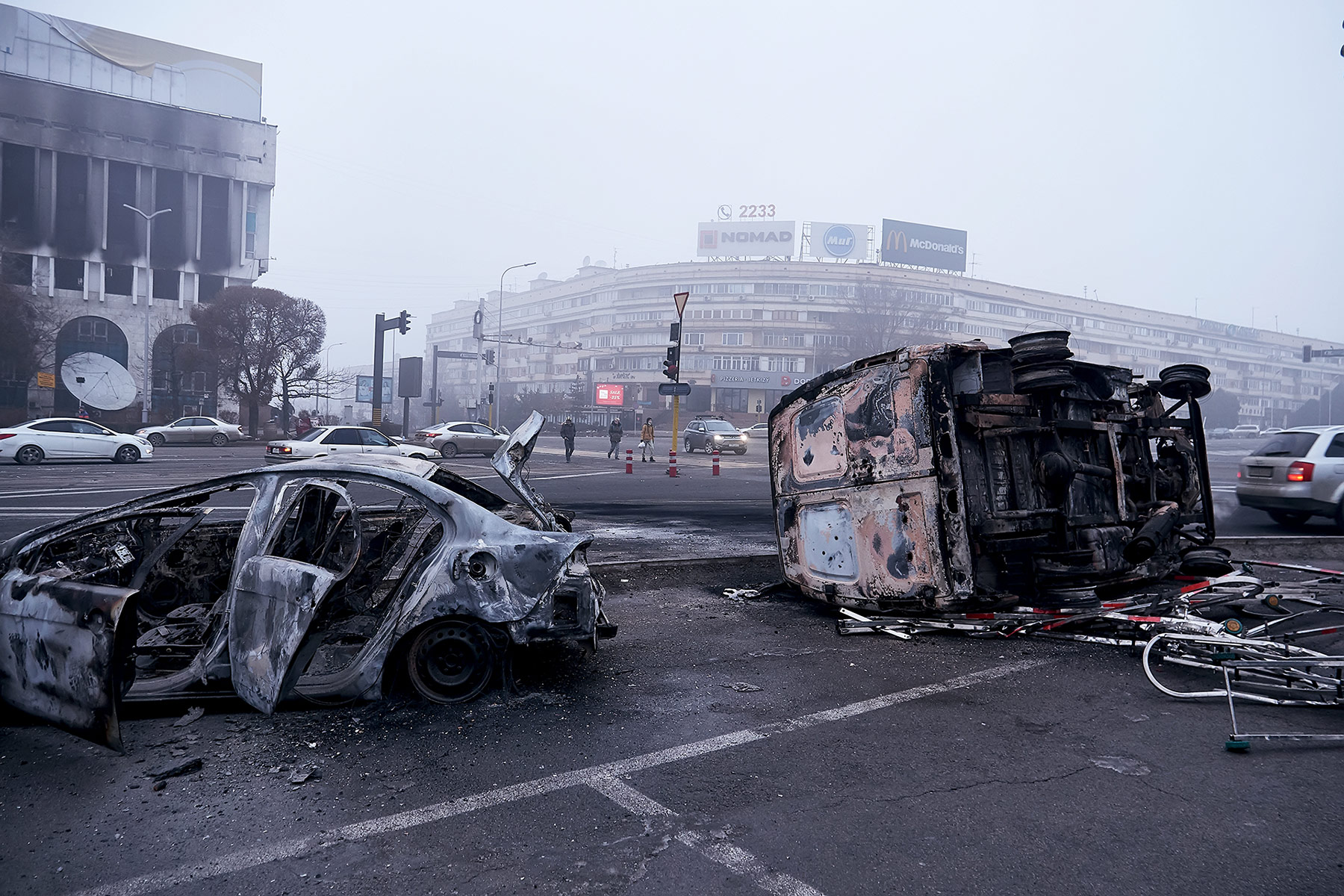 In early January, protests erupted in western Kazakhstan over increased gas prices, quickly spreading to other parts of the country. The demonstrations increasingly took on a political thrust and were directed in particular against former President Nursultan Nazarbayev, who had become a symbol of stagnation.

Although Nazarbayev had stepped down in 2019, he retained the chairmanship of the National Security Council, continuing to play a major role in shaping political events in the country. When protests turned violent, President Kassym-Jomart Tokayev finally dismissed Nazarbayev from his post and called in troops from the Collective Security Treaty Organization (CSTO), whose membership Kazakhstan shares with Russia, Armenia, Belarus, Kyrgyzstan and Tajikistan, for support.

In the course of the escalating street violence that originated from unknown actors, stores were looted and government buildings set on fire. Rumors spread that members of the security forces had abandoned their posts or even switched sides. President Tokayev, who had initially tried to contain the protests by offering dialogue, had obviously lost control and felt compelled to ask the CSTO for help, citing a supposed threat from “bandits and terrorists,” both local and foreign.

This decision has far-reaching consequences for Kazakhstan’s relations with Russia, with Moscow now likely to see its role as an ally and guarantor of security strengthened. This increase in importance comes at a critical time. Tensions between Russia and the West have already made it difficult to maintain the foreign policy balance that the government has always advocated, and the equilibrium is now likely to shift further. It cannot be ruled out that Russia will demand something in return for its military support, such as a reduction in Kazakhstan’s military cooperation with the United States or recognition of the annexation of Crimea.

Closer ties to Russia are particularly problematic in terms of domestic politics. During the 30 years of Kazakhstan’s independence, a generation has grown up that no longer has any biographical connections to the Soviet empire and is increasingly questioning Russian influence on identity politics in Kazakhstan. Against this backdrop, Tokayev’s request for support also signals a political positioning in favor of Russia that is unlikely to benefit his popularity in Kazakhstan and could lead to a more authoritarian political style.

Beyond the bilateral relationship with Kazakhstan, the CSTO’s military intervention represents an opportunity for Moscow to position itself as the most important security actor in Central Asia. Following its economic expansion, China has also broadened its security cooperation with the Central Asian states in recent years, thus undermining one of the most important pillars of Russia’s great power policy. The deployment in Kazakhstan could now rebalance Russia’s weight in the region vis-à-vis China.

A secondary effect is that Moscow can also demonstrate to the United States and NATO that it is determined — and has the necessary capabilities — to assert its interests militarily if necessary. This increases the pressure of Russia’s coercive diplomacy vis-à-vis the West.

New role for the CSTO

The deployment of the Russian-led CSTO military alliance continues the trend toward the militarization of Russia’s foreign policy. What is new is the set of instruments that Moscow is now using. For the first time, the Collective Peacekeeping Forces, which are part of the CSTO’s military structure, are being deployed. Moscow is not concerned with burden-sharing; the alliance relies heavily on Russian personnel, equipment and command structures. This was demonstrated during the deployment in Kazakhstan, where other member states supplied smaller contingents. The CSTO mandate primarily serves to provide Moscow with multilateral legitimacy for the de facto Russian military mission.

The fact that the CSTO’s first deployment has taken place in connection with anti-government protests in Kazakhstan shows that there is only one common threat perception within the alliance that is shared by the leaderships of all member states: the concern about a threat to authoritarian stability, which is always portrayed as being fomented from abroad. The security concept underlying the military alliance is thus one that equates national security with regime security.

The mission in Kazakhstan could thus serve as a model for further CSTO interventions. Russian President Vladimir Putin has already stated at the extraordinary CSTO Council meeting on January 10 that the unrest in the Central Asian country is not the first — and will not be the last — external attempt to intervene in the internal affairs of allies. Against this background, it is to be expected that CSTO members will in the future cooperate even more closely with regard to the elaboration and coordination of repressive measures against the opposition and civil society and their possible links with foreign actors. For authoritarian rulers who find themselves under pressure from large protests, appealing to the alliance may also be an attractive option.

However, since the deployment of the CSTO also gives Russia the opportunity to exert influence, it is now important for Moscow to present itself as a reliable security partner for the authoritarian rulers in the post-Soviet space and to dispel concerns about the use of the CSTO as a hegemonic instrument. It is therefore only logical that the alliance has now completed its withdrawal from Kazakhstan: The impression that the deployment of CSTO troops would be accompanied by a longer-term Russian troop presence unwanted by Kazakhstan would be counterproductive for Moscow in the long term.

In the medium term, Russia made gains by establishing a model for military intervention in alliance states — and possibly also in other former Soviet republics — with the multilateral legitimization of the CSTO. 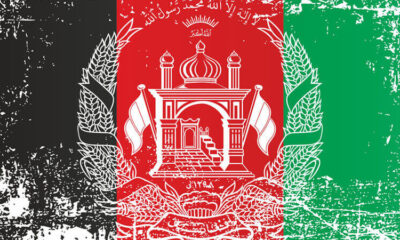 The Alternative Truth in Afghanistan 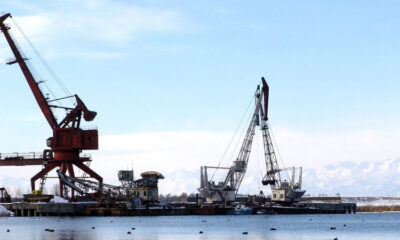 Central Asia Is Leaning East Toward an Energy-Thirsty China