With rising crimes, rampant corruption and raging insecurity among citizens, it is time for India to ensure that it meets its long overdue tryst with justice. Currently, there is no rule of law in the country. Crimes against women have risen to a record high. Courts have millions of pending cases and are logjammed. Courts have called India’s leading investigating agency a “caged parrot” and the country’s intelligence agency a “chicken.” A Maoist insurgency rages through the heart of India where the state has collapsed. In other places, bosses of criminal syndicates, who often have a dual role as political leaders, play local Robin Hoods, delving welfare as well as rough and ready justice.

Citizens no longer feel safe. In many parts of India, their property and lives themselves are at threat. In a country with raging poverty and mass unemployment, economic growth and employment generation suffer because many parts have no order, leave aside justice or rule of law.

The Gora Sahib and All That

“Gora Sahib” literally translates as white master and India’s legal, police and criminal justice systems are British creations. Few remember that India came under the control of the British Crown only in 1858. Until then, the British East India Company ruled the country and its extreme exploitative ways led to the great revolt of 1857, which the British still refer to as the “Sepoy Mutiny.” To ensure that such a mutiny did not break out was the first priority of India’s colonial masters. Unsurprisingly, one of the first measures they undertook was drafting the 1861 Indian Police Act, which was intended to subjugate a native brown-skinned population. Surprisingly, this Act continues to form the bedrock of the Indian police 67 years after independence.

The British designed the police to be an instrument of oppression. Unlike their indigenous policing systems that had close ties with the community, the police in India was the handmaiden of the heaven-born Indian Civil Service (ICS) — forerunners to the modern Indian Administrative Service (IAS). The job of the ICS was revenue maximization for the British Empire. Expenditure on police was kept to a minimum. The native constabulary was treated horrendously, starved of resources and expected to live off the land.

The ICS was paid ridiculously well — an exponentially higher rate than the constabulary. Its starting role was as district collector, an aptly titled position because the job entailed collecting revenues from districts. The reason for paying the ICS like modern-day bankers was to ensure they did not steal from the tiller. The Crown wanted to avoid the rampant corruption that had plagued the British East India Company.

Another reason for paying the ICS hand over fist whilst giving the constabulary a pittance was to contrast the probity of the British ICS with the venality of the native constabulary. This furthered the colonial goal to create deference to the Gora Sahib and generate faith in British benevolence. The system was rotten to begin with it. Today, it has collapsed.

Murder, Rape and No Recourse

The imperial system of policing in India is no longer working. The Bureau of Police Research and Development (BPRD) found, in 2012, that barely 1.6% of the police budget is spent on training India’s constables. The population per policeman is supposed to be 568. Instead it is 761, giving India one of the worst police-population ratios. Police capacity is worsened by the poor quality of their training, and the perverse deployment of scarce resources to provide private security to a whopping 14,185 individuals in the country who invariably happen to be politicians or officials.

In many parts of India, the proverbial Constable Ram Lal is writing the general diary, carrying out investigations, breaking up demonstrations, providing security for visits of dignitaries, and doing whatever the district administration wants. Ram Lal often does not have stationary to write reports or petrol for his vehicle. He might be operating out of a police station in a crumbling building with inhuman sanitary conditions. He operates by raising resources from the local population, while his senior figures judge him as per the crime figures he reports. It is little wonder then that he avoids registering a First Information Report (FIR) whenever possible.

Even if Ram Lal were to do a superhuman job and finish an odd investigation, there is no lawyer to press the prosecution in court. The courts themselves are so moribund that they take decades to hear arguments and often lack basic knowledge of the law. Crime, including murder and rape, is rising in many parts of India and, more often than not, goes unpunished. Police statistics are increasingly unreliable and mask the scale of the breakdown in vast parts of the country. Citizens who suffer from crime or the fear of crime cannot seek redressal from any quarter. Most Indians feel there is no justice.

Reform Now: We Know What To Do

On June 9, Pranab Mukherjee, the Indian president, addressed both houses of parliament after the elections to the 16th Lok Sabha. In paragraph 19 of his address, he declared zero tolerance for violence against women and committed to strengthen the criminal justice system in this regard. Five paragraphs later, Mukherjee tasked his government with reforming the criminal justice system, so that dispensation of justice becomes simpler, quicker and more effective.

Seven individuals from diverse backgrounds, including these two authors, sat down together the very next day and penned an 11-point agenda for Narendra Modi, India’s new prime minister. The agenda does not claim to be original. It draws upon the judgments of India’s Supreme Court and the work of numerous commissions whose reports are gathering dust. The situation is so dire that Modi has no option but to reform now.

The first step for the Modi government is to jettison the Indian Police Act of 1861 and consign it into the dustbin of history. A committee led by noted jurist Soli Sorabjee has drafted the Model Police Act of 2006, which is progressive, democratic and accountable. Chapter XIII of this proposed Act deals with police accountability, while Section 13 in Chapter II sets term limits for police officers. Sorabjee’s proposed legislation has a number of decent provisions. It could be updated quickly  and adopted as India’s new police act.

Second, India has to focus on its constabulary — the proverbial Constable Ram Lals. They do a brutal job and live in terrible conditions. India has to recruit them properly, train them well and keep them healthy if it wants a semblance of rule of law. Third, India’s central and state governments must adopt the 1996 Supreme Court  judgment delivered by then-Chief Justice of India Y.K. Sabharwal.

Other common sense measures such as using technology to connect with citizens and drafting laws that give clear statutory basis to India’s investigative institutions would help. Involving Panchayats, India’s elected village assemblies, would connect police more closely to the communities they are meant to serve. Annual audits of policing would bring an element of accountability.

Finally, what is really needed for rule of law is a judicial system that functions. A system of transparent courts with time bound processes is long overdue. India needs to start recruiting decent judges and competent prosecutors. Indians deserve justice after 67 years of independence.

*[A full copy of the 11-point agenda can be found by clicking here.] 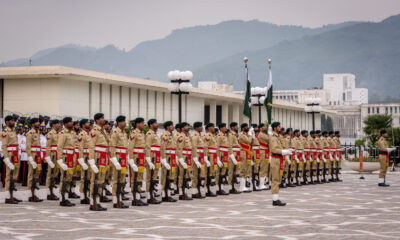 General Bajwa Has Reformed the Pakistani Military and Strengthened Democracy 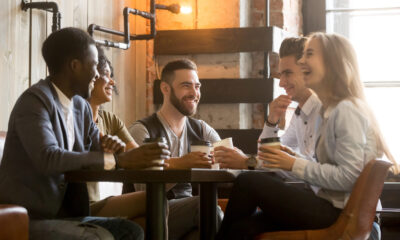 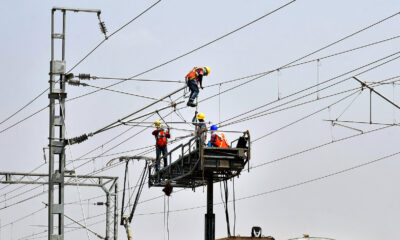