The battle to define China’s international image as a reservoir of culture, innovation and talent is taking place through online music videos.

China has always been a land of contrasts. The most obvious example of this is the rampant capitalism under a nominally communist government. Another example is the installment of the “Great Firewall,” which is used to cut off “outside influence” from the rest of the world, effectively negating the ideal of a globalized China trumpeted through the “One World One Dream” slogan at the Beijing Olympics.

Overseen by the Ministry of Public Security, the firewall has caused Google, Facebook and Twitter, as well as major news websites such as Reuters and The New York Times, to be blocked in China. An indication of the public response to the institution of this firewall can be evidenced from a particular incident that occurred in May 2011. In an unprecedented expression of dissent, Fan Binxing, the man dubbed as the “Father of China’s Great Firewall,” had a shoe thrown at his chest during a public appearance.

As well as closing mainland China off from many of the leading ideas and innovations of the day, the Great Firewall is detrimental to Chinese business. The installation of a VPN—software that helps get around the firewall—by a corporate entity can often amount to a security breach under Chinese law. In this context, how can a company with global aspirations keep in touch with overseas distributors, when many of the world’s biggest websites are deliberately disabled? The blocking of websites, press censorship and intimidation of journalists has all gotten worse under President Xi Jinping, and there is no sign that this process will slow.

In recent months, Forbes magazine, respected business consultants and Chinese tycoons have all weighed in on the debate about when and how China will boost innovation by stamping out copycatting. Rampant copycatting has been cited as detrimental to the country’s ability to innovate. For example, in 2011, when the United States was mourning the loss of Steve Jobs, a man who represented three decades of new ideas, China was closing down fake Apple stores in the southwestern city of Kunming. However, copycatting and innovation are not always mutually exclusive.

In China in Ten Words, novelist and essayist Yu Hua claimed that copycatting embodies more of an anarchist spirit than any other word in the modern Chinese language. Copycatting reflects the tension between China’s closed political system and freewheeling economy. The word has thus taken on a strange kind of legitimacy. Nowhere is this more evident than in some of the music videos that have gone viral in the People’s Republic in recent years.

These include everything from police in the southern metropolis of Guangzhou rapping about the need for vigilance in the face of petty crime, to traffic wardens in nearby Shunde singing and dancing about how men ought to drive safely in order to be useful as involved, modern fathers. As with many other viral videos, both alter the lyrics of existing hits, which according to Yu is doubly irreverent as it turns the solemn into the comical and the refined into the disrespectful.

Despite amusingly portraying some of the dangers in Chinese society, none of these videos have gained serious recognition outside the Middle Kingdom. This can be attributed to the aptly named “Great Firewall of China,” whose latest victim, Reuters, joins The New York Times, Google, Twitter and Facebook in the ranks of the blocked.

In an attempt to amass support and regain popularity, this firewall recently had a musical tribute of its own called The Mind and Spirit of Web Censorship, a song that is everything the many charming music videos produced by individuals and small organizations are not: humorless, stiff and self-important.

Emerging Cracks in the Firewall

However, as with any project of its size, the Great Firewall will always have pockets of inefficiency. This is evident in recent instances of artists attempting to circumvent its stringent barriers. Art that is hostile to pride, grandeur and nationalism—which is a form of self-importance—continues to be made popular online. One of China’s edgiest musical comedians is bar-owner and ex-convict Chuanzi. His satirical lyrics include ordinary people’s enslavement to their mortgages and the difficulty of finding a wife under a skewed gender ratio. Several times during this decade, Chuanzi updated his song, New Year, whose melody would not be out of place in an East London pub during a lock-in circa 1970. He uses the lyrics to reflect on the past 12 months and express hope for the coming year. For example, at the end of 2011, the lyrics of a particular song composed by him attempted to revisit the tragedy of Wang Yue. At the end of 2012, his lyrics drew attention to the homeless Guizhou boys who perished while trying to keep themselves warm. The lyrics of the chorus, “Let’s hope our motherland can be great,” is a sincere burst of optimism after all the acknowledgements of the uglier side of society. This conscientious joie de vivre is in contrast to the hollow happiness that state-commissioned red songs attempt to impose.

Closer to the mainstream is Little Apple, China’s foremost music video of 2014. Like Gangnam Style two years earlier, it inspired schools, businesses and individuals to make their own videos, in many cases altering the lyrics to talk about their own lives. However, it was not an international hit, which is unfortunate for China, considering that Gangnam Style helped South Korea move up to 11th in Monocle Magazine’s global soft power table in 2012. China is yet to feature in the top 20 on this table.

What are some possible reasons for China’s failure to produce its own Gangnam Style? The language barrier? Apparently not. Mandarin is far more widely spoken than Korean. Gangnam Style has irreverent lyrics, but it is markedly less famous than the associated “horse dance” moves made by Psy. Is it the quality of the songwriting? Unlikely. Chuanzi’s work has the warmth, sincerity and political intuition of all good folk music. Zuoxiao Zuzhou, even edgier, has been described by NPR as “China’s Leonard Cohen,” though he is more overtly political. Is it that the songs aren’t catchy? It’s not that either. Recent hit Hot Pot is Cool boasts the mixture of high production values and trivial subject matter that has made Weird Al Yankovich a star.

In 2007, then-President Hu Jintao told the 17th Communist Party Congress that the country needed to boost its soft power, and one of the main ways it has gone about reaching this target is the funding of arts programs. However, state-approved art is seldom good, and good art is seldom state-approved. This is encapsulated by Joseph Nye’s statement that “the best propaganda is not propaganda.” The most significant arts movements—romanticism, modernism, punk—naturally rebel against the established order, not seek to propagate it.

This is all a telling—not to mention uniquely entertaining—pressure point on a system determined to maintain the status quo as the world around it changes. The state cannot churn out works of art like what Scottish academic Alastair Macintosh described as “cloned rows of apple trees on pesticide manicured fields” and hope them to appeal to the outside world. Like a person, a country cannot make itself likeable by constantly attempting to iron out its own quirks. 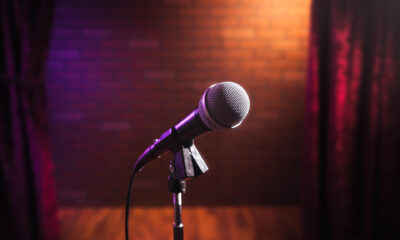 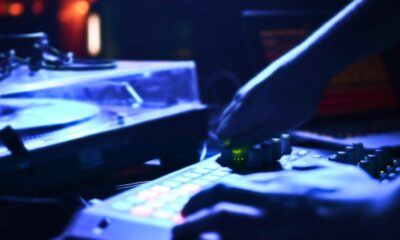 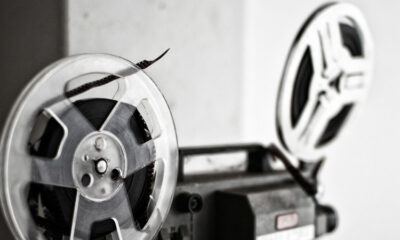