Journalists are missing the real news of the two Koreas dismantling Cold War structures on the peninsula.

Remarkable changes are taking place on the Korean Peninsula. The two Koreas are actually starting to demilitarize the Demilitarized Zone (DMZ). Just in the last couple weeks, they have taken down 22 guard posts, demined the Joint Security Area, and established a no-fly zone about the peninsula’s dividing line. They’ve pulled back from confrontation along their maritime boundary. North Korea has shut down its coastal artillery units and the two sides have discussed a plan to reduce the large number of artillery positions near the border.

One key indicator of the seriousness of these changes: speculators are driving up the price of land near the border on the South Korean side. Even in a slow-motion reunification scenario, this farmland will become increasingly valuable. The two Koreas have also revived plans to reunify economically, step by step. At the third inter-Korean summit, the leaders of the two countries agreed to relink, finally, the railroad and the roads, and to restart the shuttered Kaesong industrial complex, which married North Korean labor with South Korean capital and managerial skills. Also on tap is the resumption of tourism projects that have brought large numbers of South Koreans to select locations in the north.

All of this has been met with deafening silence in the United States. Worse, the big Korea news this week is, once again, about what the perfidious North Koreans are doing to reinforce the Cold War, not dismantle it. But maybe this silence is a good thing.

Much Ado about Missiles

A new study by Beyond Parallel, a project of the Center for Strategic and International Studies in Washington, DC, has made headlines with its revelations of a network of hidden missile bases in North Korea. The report identifies 13 out of 20 undeclared ballistic missile operating bases and, in the first of a projected series, provides considerable detail about one of these at Sakkanmol.

The report confirms what many skeptics have long maintained: North Korea is not serious about dismantling its nuclear complex. NBC’s article on the report includes this ominous quote from retired General Barry McCaffrey: “It looks as if it is a political charade, and it’s a dangerous one. In the short term, North Korea is the most consequential threat to U.S. national security we’re facing.…They have nuclear weapons, they have delivery systems, they are not going to denuclearize. So I think the outcome of all of this is we’re loosening the economic constraints on these people and we’re kidding ourselves.”

That all sounds convincing. Except that all of this news coverage neglects to point out the obvious: North Korea never promised to eliminate its missile program.

The negotiations between Washington and Pyongyang have focused on the nuclear complex — just as the negotiations did between Iran and the United States that culminated in the 2015 nuclear deal. Missiles are not nukes. Even if an ultimate deal addresses Pyongyang’s missile program, the two sides are nowhere near signing an agreement. So, North Korea is not violating anything, not going back on its word, not engaging in any kind of charade. It’s not as if the United States has altered its security posture in the region, outside of canceling a couple military exercises.

Moreover, this missile complex is nothing new. According to the Beyond Parallel report, the base at Sakkanmol hasn’t had any serious upgrade since 2011. True, it’s a secret base. But North Korea hasn’t provided an inventory of its nuclear or missile complex. Secrecy, as anyone in the CIA or NSA can tell you, is an indispensable part of military strategy. For a country that is so clearly outgunned like North Korea, secrecy is one of its asymmetric advantages. Indeed, no one knows if the country can deliver whatever nuclear weapons it might have. The base at Sakkanmol, meanwhile, is for short-range missiles. So, the major target would be South Korea. But the South Korean government is not up in arms over the report. “There is nothing new,” said a government spokesman, since North Korea “has never signed any agreement, any negotiation that makes shutting down missile bases mandatory.”

The Beyond Parallel report contains much useful research. It’s the media coverage of the report that’s problematic. Journalists are missing the real news of the two Koreas dismantling Cold War structures on the peninsula in favor of information that reinforces the narrative that North Korea is ultimately untrustworthy.

How to Help Korea

Donald Trump is focused on getting a Nobel Peace Prize for nearly consummating his love affair with North Korean leader Kim Jong-un. The foreign policy community in Washington — along with the US media and punditry class — is focused on proving itself right that the current peace efforts are a chimera. Members of Trump’s administration, like National Security Adviser John Bolton, have adopted a wait-and-see attitude. They believe that Trump will eventually realize the folly of his overtures, which will create a policy vacuum that they will rush in to fill with their regime-change strategies.

Don’t expect much of a difference now that the Democrats control the House. The party has roundly criticized Trump’s summitry and has consistently pushed for more sanctions, not fewer. In this dismal context, watching the two Koreas inch incrementally closer together is like sitting in the audience of a performance of Romeo and Juliet. You know the ending, and it’s far from happy. So, is there any way of altering the current script to avoid a tragedy?

Here’s the good news: It wouldn’t take very much to push the US-North Korean negotiations forward. All the Trump administration has to do is offer to reduce some economic sanctions in exchange for a specific ask, for instance an inventory of North Korea’s nuclear arsenal and complex.

This might seem like arms control 101. Unfortunately, the US position has been all or nothing, not give and take. That’s the subtle shift that has to take place before any further, substantial dismantlement of the Cold War on the Korean peninsula can take place. And given the pushback from the foreign policy community, Congress, and even members of Trump’s own administration, this shift will likely have to come from the president himself.

It’s a terrible thing to have to depend on Donald Trump for anything. But if the White House can reduce one of the principle barriers to inter-Korean reconciliation, then Koreans themselves can continue to change the facts on the ground — step by step, without international fanfare — in such a way that outsiders will have to follow the Korean lead rather than the other way around.

By the time journalists have figured everything out what’s going on, perhaps the two Koreas will have managed to end the Cold War, not just rhetorically but physically — and without getting permission from their patrons. Instead of a preemptive attack, it will be preemptive peace. In this chaotic and increasingly frightening world, that will surely be something to celebrate. 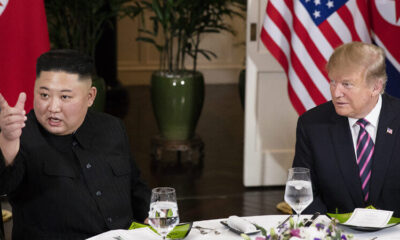 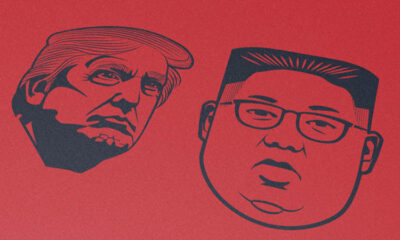 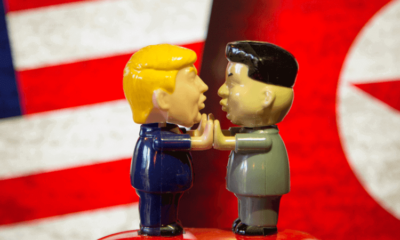 Donald Trump Is “in Love” with Kim