The year 2020 has seen a spate of activity that has fueled the growth of far-right activity globally. The COVID-19 pandemic has led to a spike in conspiracy theory communities that are intimately linked with the radical right, including the QAnon movement and anti-lockdown groups. Another such moment was the global protest movement against racial injustice under the banner of Black Lives Matter. Sparked in the United States by the death of George Floyd at the hands of police, these protests quickly spread internationally. In response to these protests, far-right activity saw an increase both online and offline, not only in the US but globally.

These mobilizations should not be taken lightly. They have resulted in deaths on both sides, including the shooting dead of two activists in Kenosha, Wisconsin, by an individual affiliated with a far-right militia, and the shooting of an activist involved in a pro-Trump caravan in Portland, Oregon.

Such activity is, of course, not new. Violent clashes between the left and right have been observed globally for many decades and also in recent years, including clashes between far-right and far-left protesters at various rallies organized by radical-right groups in Australia in the second half of the 2010s. However, this activity does raise the need for careful research into the risks posed by groups on both the left and right fringes of the political spectrum. The risk of violence posed by the radical-right is becoming more recognized.

However, the potential use of violent tactics within contemporary radical left movements is less well understood, despite frequent claims during public debates — and especially from conservative voices — that lump in radical-left activism with violent behaviors or even going so far as likening it to terrorism, like former US President Donald Trump did in his infamous tweet in early June, designating “ANTIFA as a Terrorist Organization.”

To better understand the potential threats posed by both far-left and far-right activists, as well as the interplay between these opposing political movements, a team of researchers at the Institute for Strategic Dialogue and Victoria University, Melbourne, are undertaking a research project mapping far-right and far-left activity online in Australia. Through this work, we hope that we will start to establish an evidence base around the potential risks posed by these groups, as well as the role reciprocal activity plays in online activism by such groups.

This work is focused on examining the activity of known far-left and far-right actors across Facebook and Twitter as well as far-right actors on Gab and Telegram. Using a mixed methodology drawing on natural language processing techniques and qualitative analysis, we are interrogating the output of these groups, identifying key topics of conversation as well as their attitude toward their political opponents.

Amongst far-right entities, this conversation focused on both domestic issues, such as climate change activism during Australia’s bushfire crisis and state responses to the COVID-19 pandemic, as well as international discussions, including on China’s role in the coronavirus outbreak and Black Lives Matter protests in the US and beyond. A qualitative analysis of this activity reveals in particular that the global protests against racial injustice were a central discursive element in attacking the left more broadly among the Australian far right. Public debate around violence within the Black Lives Matter movement in America and Trump’s repeated attacks on left-wing activists were used as opportunities to characterize domestic racial justice movements as being “anti-white” and “violent.”

This corresponds with trends documented through ongoing ISD analysis in Canada and New Zealand that demonstrate the importance of US politics and activity in shaping the agenda of far-right groups internationally, and a continued trend among domestic far-right movements toward internationalization. This points toward the need for global awareness when monitoring domestic activity, but also highlights how far-right activity is increasingly framed in the context of global struggles — either for the preservation of white identity and culture or against the progressive left that activists see as a destructive and insurrectional force against traditional values and forms of culture.

It is within this context of a perceived transnational battle between progressive, pro-minority left-wing groups and their right-wing counterparts that we can begin to analyze and understand the risks of so-called cumulative extremism or reciprocal radicalization — potential escalation, both online-rhetorical and physically violent in the offline world, between far-left and far-right movements. So far, most academic and non-academic studies have focused on dynamics between the far right and Islamist extremists.

In our data-set we examined the scale and nature of conversation mentioning far-left ideologies, groups or actions in far-right communities, and vice versa, to better understand how central political opponents are to the online mobilization and messaging on the political fringes in Australia. In total, mentions of the far right accounted for 17% of the output of far-left pages and groups, whilst mentions of the far left accounted for 7% of the output of far-right entities. This suggests that far-right ideologies and actions have a more central role in shaping far-left political agendas and inspiring reciprocal activity from the far-left than vice versa.

However, qualitative analysis revealed that when discussing the left, the far right are more violent, including explicit calls for the execution and murder of left-wing activists. The far left, on the other hand, appear to frame their discussion more through the need to counter the far right with non-violent means, such as the mobilization of a broad — anti-fascist and anti-capitalist — grassroots movement.

This analysis should not be used to comprehensively define the risk posed by far-left movements — some activists associated with these groups have traditionally and recently been involved in violent activity and many have expressed in-principle support for the option of defensive violence as part of a direct action toolkit in opposing the threats of fascism. However, it does suggest that policies focusing on tackling the far right should be a priority given their increased proclivity to violent rhetoric.

Our analysis also indicates that such activity may have a knock-on effect of limiting the risks of far-left violence, often in response to a fascist or other far-right threats. By recognizing that these groups are interconnected by their reciprocal opposition, and analyzing the nature of this oppositional activity, we can start to evidence the collective risks posed by such activity and its spill-over into offline activity.

*[This article draws on a larger research project currently conducted by ISD and Victoria University within the Centre for Resilient and Inclusive Societies (CRIS), a think tank consortium of eight Australian and international academic, community and industry partners.] 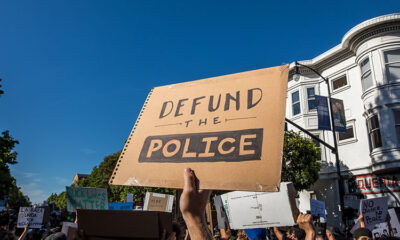 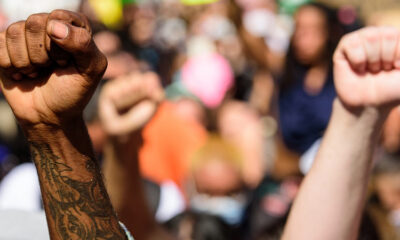 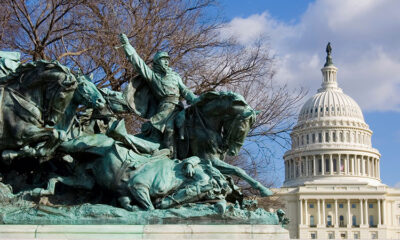