As the world watches in horror at the escalating Rohingya crisis in Myanmar, Bangladesh shows what a bit of empathy can do.

Bangladesh is not rich by any means. In fact, it is one of the world’s poorest nations, with more than a third of its population living under the poverty line. That is a staggering 50 million people in one of the most densely populated nations who get by life making less than $2 per day. If feeding 163 million people is not challenging enough, Bangladesh has seen an influx of Rohingya refugees who are fleeing persecution in Myanmar. An incredible 800,000 Rohingya Muslims have crossed the border to find safe haven in Bangladesh. A significant portion — at least 430,000 — of this migration happened after August 25 when violence against them escalated in Myanmar.

Bangladesh has welcomed the suffering Rohingya in the most humanitarian way possible. After visiting the Kutupalong refugee camp in Ukhiya, a border town in the Cox’s Bazar district, Prime Minister Sheikh Hasina made the statement, “We have the ability to feed 160 million people of Bangladesh and we have enough food security to feed the … refugees.”

Hasina has also offered 2,000 acres of land in Cox’s Bazar to house the Rohingya refugees. One cannot but admire the timely and warm gesture that Bangladesh has extended to one of the most persecuted people in the world today. It is true that, in the past, Bangladesh had been reluctant to deal with the plight of the Rohingya. However, it is also a fact that when the calamity reached untenable levels in recent times, Bangladesh has risen above politics to gallantly confront with the situation.

I also cannot help but wonder what would the reaction be from the US and its Islamophobic president should half a million Muslim refugees try to enter America fleeing persecution elsewhere.

The Rohingya crisis is not new. Atul Singh, the founder, CEO and editor-in-chief of Fair Observer, has authored a brilliant piece on the history of the Rohingya and how their problems have taken a turn for worse since the turn of the century. The ramifications of what has been happening in Myanmar are spreading across South Asia, especially the neighboring Bangladesh. The impact this has had on that country is worth reflecting on.

An analogous situation happened in Tamil Nadu, the southern state in India, during the late 1980s. Tamil Nadu was generally a peaceful and easy place to live prior to the crisis of Sri Lankan Tamils and the impact it had on the Indian state. Tamil Nadu saw an increase in violence with a culture of guns permeating society. The freedom struggle of Sri Lankan Tamils and their plight against the powerful Sri Lankan army had an indelible effect on the life of people in Tamil Nadu. At the height of the problem, the state witnessed the assassination of India’s former prime minister, Rajiv Gandhi, in 1991 at Sriperumbudur, near Chennai.

In a similar way, the turn of events in Myanmar and the persecution of Rohingya are having an enduring effect on Bangladeshis. Singh mentions in his article how Bangladeshi scholars and policymakers have confided to him that “the persecution of the Rohingya is radicalizing their country and threatening regional peace.”

Against this backdrop, reacting to the escalating violence against the Rohingya, Bangladesh has not only opened its border to over 430,000 refugees since August alone, but it has also offered shelter and food to them. Individuals and ordinary citizens of Bangladesh are taking the lead in assisting the Rohingya — some giving up their entire savings to help them. These actions by the Bangladeshis could not come at a more appropriate time for the stateless Rohingya.

As Bangladesh steps up to this challenge, however, it is placing a few logical constraints on how it would accommodate the refugees. Any country that deals with an influx of nearly half a million people in less than a month ought to, lest there be mayhem and chaos.

However, the world must realize that the Rohingya crisis is not for Bangladesh to solve on its own. It is a humanitarian crisis of tremendous proportions, and the onus is upon the leaders of the region to find immediate relief for the refugees, perhaps taking a cue from the average Bangladeshi’s generosity. At the same time, the United Nations ought to work with Myanmar to find a lasting and permanent solution for the Rohingya.

The Rohingya have been stateless and without citizenship since 1982. Decades of inhuman treatment in their country has caused them to flee to several states, with Bangladesh bearing the brunt.

Myanmar, in the meantime, has become a fledgling democracy, earning its political leader and human rights activist Aung San Suu Kyi a Nobel Peace Prize. During her struggle to liberate Myanmar, the whole world stood by her and admired her courage. Today, the same people who held Suu Kyi in high regard are shocked by her attitude toward her fellow country people of a different ethnicity.

In an interview with the BBC in April, she refused to describe the systematic eradication of the Rohingya from Rakhine State as ethnic cleansing. In the same interview, she also made a statement that is characteristic of what one would expect from US President Donald Trump. “It is not just a matter of ethnic cleansing as you put it — it is a matter of people on different sides of the divide, and this divide we are trying to close up,” she said.

Her comments mirror Trump’s speech following the white supremacist rally in Charlottesville, Virginia in August: “We condemn in the strongest possible terms this egregious display of hatred, bigotry and violence, on many sides. On many sides.”

Myanmar has failed the Rohingya, an ethnic minority that belongs in its Rakhine region. Suu Kyi’s deafening silence speaks eloquently to the kind of person she really is: an Islamophobe and a racist. Together, their actions have created a refugee problem of immense proportions, caused instability and a rise in violence in the region.

Where Myanmar and Suu Kyi have failed, Bangladesh, Sheikh Hasina and ordinary citizens have risen admirably. Their actions have demonstrated to the world what a bit of compassion and empathy can do. While the international community grapples with a solution to the Rohingya crisis, we ought to recognize the timely humanitarian gesture by Sheikh Hasina and Bangladesh.

Today, Bangladesh stands tall in the eyes of the world. 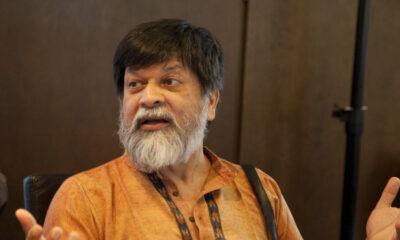