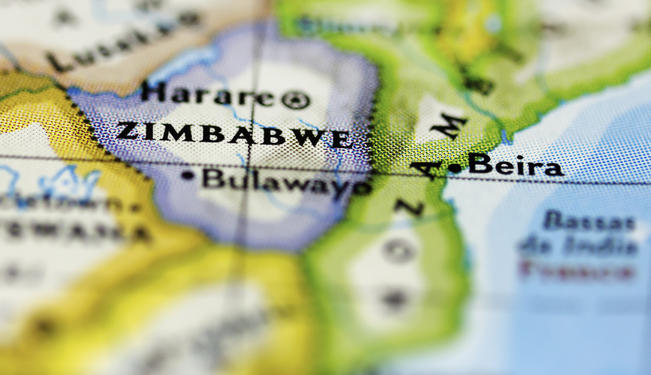 As July 31 draws near, Zimbabwe is marred by a rising fear of uncertainty.

Zimbabwe’s Constitutional Court, the highest court in the country, has ruled that presidential and parliamentary elections must be held by July 31. The announcement was rejected by Prime Minister Morgan Tsvangirai, while President Robert Mugabe hailed the news as the conclusion of a long political process that began in 2008.

The elections will determine a new president and parliament, under the provision of the new constitution  — approved in March 2013 by referendum and signed into law in June. Organising fresh elections was seen as the last and most important step to end the power sharing agreement, which started in 2008. During these five years, there was an unprecedented collaboration between the ruling party ZANU-PF and the major opposition party MDC, with the aim to restore economic stability, draft and approve a new constitution, and set new elections and avoid the disaster and violence of 2008.

During this time, whilst Zimbabweans have seen their economy recover from the abyss of hyperinflation and famine,  the political process has not been as smooth as desired. The “marriage of convenience” between the two parties did not dissipate tension and suspicion, while Zimbabwean society is still in the grip of Mugabe’s state control.

Zimbabweans are, therefore, trapped in a paradox: while they are cherishing the new economic climate and diligently welcoming the new constitution, uneasiness is growing as the crucial vote draws near. The reasons are not difficult to assess: Mugabe still holds the key sectors responsible for controlling information and security. The army, police, and popular militias are still loyal to the president, untouched by reforms, and the people fear them as they did in 2008. Opposition supporters still accuse police of a heavy handed approach and intimidation, whilst Mugabe enjoys total control over the media and an unchallenged hold over the judiciary system, either directly or by using his influence.

It is, therefore, not difficult to understand why Prime Minister Tsvangirai rejected the announcement. The PM accused his rival of breaching the constitution and the power sharing agreement by taking a unilateral decision of pivotal importance. Tsvangirai considers the country not to be ready for this early election which, in his party's opinion, cannot be held before August 25. The MDC fears that the lack of preparation, combined with the absence of reforms in the judicial, military, and media system, will not guarantee free and fair elections. One of their main points is that a code of conduct for the army and police needs to be established, as to ensure no interference with the democratic process. This point is also shared by the international community.

President Mugabe, on the other hand, accused his opponents of seeking a delay only to mask the fear of a defeat. Mugabe did not enjoy the power sharing agreement, and tried by any means to create hurdles for a new constitution and reforms. The new constution was approved only this year — after  a year-long delay — and it is the clear result of a compromise with Mugabe retaining strong control over the army, police, judiciary, and media. ZANU-PF officials have rejected any call for reforms on media and security, branding them as an “unnecessary” request by the MDC.

Following this already incandescent situation, even regional powers did not hide their criticism. At the summit of the 15-nation Southern African Development Community (SADC), held in the Mozambican capital Maputo on June 15, the southern African leaders invited Zimbabwe to review its decision to hold the vote, and to ask its courts to seek an extension to the July 31 deadline. The SADC consider the short time to be a major obstacle from an operational point of view, both in terms of financial and material organisation. In addition, they share the MDC's worries about the role of the military and the police in a possible intervention to influence the results. The SADC fears that rushed elections will likely produce court challenges and a consequent political crisis, which could ultimately lead to civil unrest. In 2008, hundreds of Zimbabweans, mostly Tsvangirai's supporters, were harrassed and killed, which led to a refugee stream into neighbouring countries.

Nevertheless, Zimbabweans are starting to register for the election. In their hearts is the wish to close a dark page of history as soon as possible, and to consolidate the progress witnessed over these five years of a power sharing agreement that, although questionable, ensured stability. We can already guess that no result will be easy, as both candidates appear to share a sort of “love-hate relationship” with their population; the main concern will be to ensure that all parties accept the outcome, whatever it may look like.

Many Players and an Unknown Outcome

Tsvangirai, who in 2008 was clearly in the lead, this time appears to have lost some support, and many believe his party has been corrupted by the power sharing agreement. Nevertheless, by many Zimbabweans, he is still considered the better option compared to another five years with Mugabe. Mugabe, on the other hand, regained support in recent years, mainly due to his consent on the agreement (although reluctantly given) and the country's economic growth. However, his victory cannot not be guaranteed, and with 88 years of age, questions about his successor are rising.

Under these circumstances, the military and the security establishment, entrenched with party officials, could play a role in the country's politics. If an MDC victory is seen as a major setback, even Mugabe’s re-election will not ease their main concern, which is maintaining their privileges and powers accumulated since the 1980s.

While Zimbabweans and the international community await further development on these already contested elections, it is the absence of civil guarantees that is casting a dark shadow over this historic moment.