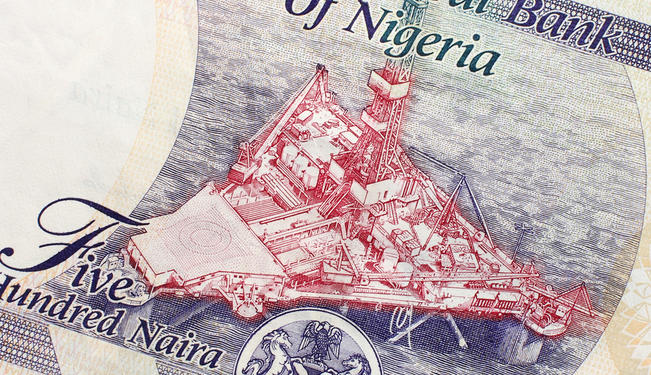 Although Nigeria’s civilian government has adopted many methods of suppressing the free media from its military predecessors, Chris Ogbondah argues that the crushing brutality of the dictatorship years has subsided – albeit with disturbing exceptions. This is the last of a two part series. Read part one here.

Physical attacks on media houses, as well as the assault and killing of journalists, highlight the recurring violence against Nigerian journalists and partly explains why the Paris-based media watchdog, Reporters Without Borders (RSF), listed Nigerian police as one of the worst 40 press predators in the world in 2010. For example, on August 30, 2003, security officers of former vice-president Atiku Abubakar, assaulted and beat a photo-journalist of the Daily Independent, Akintunde Akinleye, to a state of coma during a public event in Lagos. The vice-president later arranged financial compensation in a face-saving gesture. Earlier that year, on July 30, Femi Komolafe, labor editor of Vanguard and Ola Awoniyi of Agence France Press (AFP), were brutalized and arrested by police officers, while covering a public protest over fuel price increase. The following day, Rotimi Ajayi, senior political correspondent of Vanguard, and George Oshodi, a photo-journalist for the Associated Press, were ruffled while covering the mass protest. Oshodi's camera was smashed by police. In April 2010, police officers brutalized, handcuffed and detained Yinka Oladoyinbo, Ondo State correspondent for the Nigerian Tribune. By 2012, there were scores of cases involving the brutalizing treatment of journalists by police officers.

Often, journalists are barred from covering public meetings and events. For example, on October 8, 2012, Minister of Petroleum Resources, Diezani Alison-Madueke, prevented reporters covering the Senate and from recording verbal proceedings of her meeting with stakeholders. In December 2012, journalists were not informed about the health of Idris Wada, the governor of Kogi state, who was involved in a car accident that month. Prohibiting journalists from reporting these types of public events are subtle ways Nigerian officials utilise to curb press freedom. By so doing, they prevent reporters from obtaining official accounts of events and depend on secondary sources for their information. The result is often misinformation and reporting of conflicting accounts of the same event in the media. As more and more conflicting accounts are presented in the media, the public perception of the country's press as credible sources of information and news diminishes.

Tragically, at least a dozen journalists have been killed in Nigeria recently. They include: Donatus Udendu, editor of Anambra News; Bayo Ohu, editor at The Guardian; Godwin Agbroko, Abayomi Ogundeji and Paul Ogundeji of ThisDay; Omololu Falobi of the Punch; Edo Ugbagwu of The Nation; and Nathan Dabak and Gyang Bwede of The Light Bearer, a publication of the Church of Christ in Jos. Others also include: Nansok Sallah, news editor at Highland FM; Enenche Akogwu and Jerry Usanga of Channels Television; Eiphraim Audu of Nasarawa State Broadcasting Serive; and Zakariya Isa of Nigerian Television Authority. Indeed, many Nigerian journalists complain regularly of death threats.

A major watershed in the recent assaults against the Nigerian press came on April 26, 2012 with simultaneous bomb attacks on ThisDay newspapers in Abuja and Kaduna as well as the Sun and the Moment offices by the Islamist Boko Haram militants. In the attacks now known as the “Black Thursday for the Nigerian Press,” two people were killed and five injured. A few days later, Boko Haram threatened to attack The Guardian and Daily Trust in its continued attempts to curb media freedom. Boko Haram said it attacked the media houses because of biased press coverage of its activities, even though the Nigerian press have published interviews and news releases from leaders of the group. The pragmatic reason for the attacks was not that the media was biased in its coverage of Boko Haram, but because the group, which potentially has links to Al Qaeda, intends to use scare tactics in its attempt to attack free speech and press freedom in Nigeria.

The arbitrary closure of media houses is another measure the state utilises to curb press freedom. For example, in March 2006, the Nigerian Broadcasting Commission (NBC) shut down the privately owned Freedom Radio in Kano. The station was owned by Bashir Dalhatu, a chieftain of the opposition Advanced Congress of Democrats (ACD) party that has been a thorn in the flesh of the PDP-led government. It would, therefore, seem that the station was shut down as a result of the government’s intolerance of criticism by the opposition. On May 14, 2006, SSS officials raided the Abuja station of the African Independent Television (AIT) and ordered the stoppage of the live broadcast in the National Assembly of President Obasanjo’s efforts to prolong his term in office. The SSS officers confiscated the tape of the program titled “A Documentary on Tenure Elongation". In September 2008, the NBC suspended the license of Channels Television for airing unconfirmed information it obtained from the News Agency of Nigeria, regarding the potential resignation of President Yar’Adua on health grounds. Even though the station retracted the information, it was shut down.

By early 2013, the government said it plans to introduce measures to intercept private communications, such as telephone calls or e-mail messages. The Nigeria Communications Commission (NCC) said the measure was aimed to enhance national security, prevent crime and aid criminal investigations. When the policy goes into effect, a fine of 5m naira ($31,500) will be assessed by a service provider that fails to comply with the provisions of the regulation. If the offense continues the license could be revoked. This is another measure the state intends to utilise in order to control communications in Nigeria. The state has enough resources in the police, SSS and other security establishments that it could use to enhance national security and prevent crime. It does not need to do so by intercepting private communications of citizens. The danger of this policy is that it does not only violate Section 39 of the constitution that guarantees freedom of expression and information. Rather, it could be utilized by repressive governments to intimidate and suppress opposition political parties and political criticism.

Rationales for Attacks on the Press

Preventing crime and maintaining national security was also the rationale used by the government for arresting Wazobia FM personnel, editors of the Insider and Leadership, as well as the Liberator’s publisher, and for suspending the licenses of Channel TV and Freedom Radio. At other times, the Nigerian government have explained that security agencies arrested reporters for spreading false information.

However, I contend that the pragmatic rationale for the government’s actions is to harass and intimidate the press from critical reporting of the weakness of the state, as well as the corruption and embezzlement of public funds by government officials. As illustrated above, in many cases, journalists were detained or harassed after publishing pieces critical of the ruling elite.

The Nigerian government is weak and thrives on corruption. Since 1999, about $130 billion has been lost to corruption perpetrated by top officials of the state. Approximately 680,000 barrels of oil are stolen each day, or about $7 billion annually. Most of the theft is carried out at the instigation or acquiescence of government officials. Civil servants defraud the state N700 billion ($4.5) annually. Therefore, the pragmatic rationale for the harassment and intimidation of the press is to incapacitate its ability to investigate and unearth the avalanche of corruption among members of the ruling bourgeoisie. The aim is also to halt the ability of the press to unearth corruption among top officials of the state — which is why it took over ten years for the Freedom of Information Act (FOIA) to be introduced.

I assert that the state harasses and intimidates the Nigerian press in order to stave off its ability to provide critical reporting about the failures of the government to solve the problem of insecurity and violence unleashed on the nation by armed robbers, assassins, Boko Haram militants and its newly formed Ansaru splinter group. It is also to stave off criticism of the government failure to solve the numerous problems that plague the country. These problems include rampant fuel shortages (for which Nigeria now imports fuel from Niger and Cote d’Ivoire); faltering standards of education (for which thousands of high school graduates now seek university admissions in Ghana, Egypt, South Africa, China, the USA and the UK); food shortages (for which Nigeria, a country that was able to feed its citizens by the 1960s, now spend N1 billion daily on imported rice, and over a trillion naira ($6.3 billion) annually on other imported basic items like wheat, sugar and fish.

Thirteen years after Nigeria made the transition from to civil democracy, press freedom is yet to be fully entrenched in the country. The state continues to apply the same repressive institutions – the dreaded SSS and the police – that past profligate military dictatorships adopted to curb press freedom. Killing of journalists and terrorism against media houses has not abated. However, all of these incidents have lessened compared to the period of military rule — and overall. Indeed, the press today has witnessed less brutality in the hands of security officers than it did under the military. Journalists have not seen a repeat of such incidents as the murder of Dele Giwa, editor of Newswatch who was killed with a letter bomb in 1986, or the assault of Minere Amakiri, Nigerian Observer reporter, who was dealt 24 strokes of the cane across his bare back after his hair and beard were shaven, before being detained in a toilet for 27 hours in 1973. As Nigeria has made the transition to a democracy, officials of the state must understand that a free press will help catapult the country to a vibrant and fully fledged democracy.