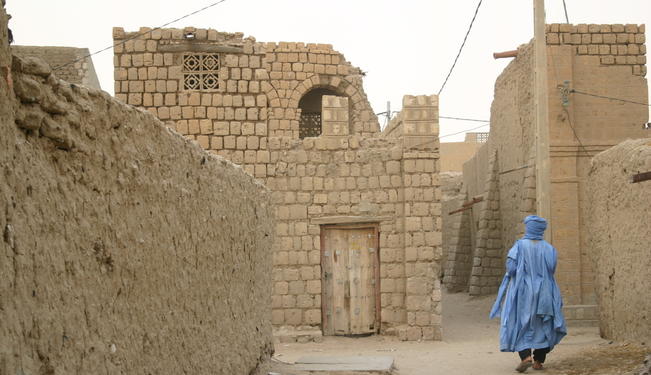 After the successful French intervention in Mali, a fragile balance still exists in the country. This article is the second of a three part series. Read part one here.

Strong evidence from the ground suggests that currently, the National Movement for the Liberation of Azawad (MNLA) may be in control of Kidal but had been unsuccessful in asserting their full authority. Many other elements are present in the region including MIA and Al-Qaeda in the Islamic Maghreb (AQIM). Attacks against MNLA checkpoints by the Movement for Oneness and Jihad in West Africa (MOJWA) back in April, and the latest full scale engagement that allegedly prompted a brief French Air Force intervention, indicate that the MNLA provides a very fragile stability in the areas under their control, which over time will come to resolve itself. The French involvement seems to provide a marginal advantage for the MNLA but not enough to allow them to reassert their earlier ambitions of cutting off from Bamako. Yet, if pushed too hard, the MNLA might join forces or even partially melt into the Islamist militant ranks with all the adverse regional implications mentioned earlier.

Should the Parties Negotiate Now?

A better solution might be to invest in the negotiations option heavily. But are the MNLA and the Malian government ready to negotiate? The current state of affairs suggests a string compliance with the principles of "ripeness and mutually hurting stalemate" form negotiations theory. According to Zartman: "The concept is based on the notion that when the parties find themselves locked in a conflict from which they cannot escalate to victory and this deadlock is painful to both of them (although not necessarily in equal degree or for the same reasons), they seek an alternative policy or way out." The concept is "optimally associated with an impending, past or recently avoided catastrophe," which Zartman sees as providing "a deadline or a lesson indicating that pain can be sharply increased if something is not done about it now." In terms of the timing for negotiations between the MNLA and the Malian government, nothing could describe the situation better than this axiomatic principle.

Hurting Stalemate for the Government

If the Malian government engages into a long military adventure by removing the MNLA forcefully from Kidal, it will risk prolonging – or even losing – the war. That will mean missing the historic opportunity to properly use the enormous funds currently available for post-war development pledged by the international community. It may most likely secure condemnation instead, for whatever crimes of retribution will be committed by the troops and militias against the Tuareg in the north. On top of all this it will have to chronically deal with a million refugees and IDPs being used as fertile ground for recruitment by nationalist separatists and Islamic militants — destabilizing Mali and the region for decades to follow.

Hurting Stalemate for the MNLA

On the other hand as, time goes by, the MNLA itself may be strengthening their hold on the limited region of Kidal, but they are risking losing gradually every support from tribal leaders who are already nervous about the Tuareg being associated with an ineffective and political damaging armed rebellion. Some are abandoning the movement already. Aside from their internal challenges, the MNLA has to deal with the AQIM and the openly hostile MOJWA on a daily basis, with potentially explosive face offs at the best, and deadly full-scale engagements at the worst. In time, and as the French will gradually withdraw the carrot of their support, the MNLA will be defeated once more in the hands of the Islamist militants or, even worse, it may melt-in with them. Furthermore, these Tuareg nationalists are risking being excluded by the aid bonanza secured by the government of Mali for development including the north. If this money fails to reach Azawad due to the MNLA's unwillingness to negotiate, and considering that they cannot at the present time alone maintain an independent state, hundreds of thousands if not millions of Tuareg will blame them for poverty, underdevelopment, hunger, and other similar calamities for generations to come.

There is no doubt that the two parties should and have to negotiate now, and also that failure is simply not an option.

The Greatest Challenges for the MNLA

Disarmament: Given the current icy coexistence of the MNLA with AQIM and other militant groups in Kidal, and their close dependence on French air support to maintain dominance against them, disarming overnight in order to accommodate the government’s demands for a peaceful resolution is simply against the rules of survival and common sense. The most likely scenario in such an unstable balance is that the weakest party falls prey to the strongest. In a paradoxical manner it is even against the government's own interest that the MNLA disarms immediately, considering that most MNLA fighters will choose to join the Islamist militants simply so that they save their lives.

Malians or Foreigners? Government officials never miss an opportunity to remind the media that the MNLA is a “foreign force,” and to some degree this is true. Back in 2011, Qaddafi of Libya was recruiting hundreds of Tuareg youth through a well-established network including offices in Kidal. Most of the MNLA fighters who started the war by invading Mali in 2012, after the collapse of Qaddafi’s regime, were previously from those lining up to join Libya. Many had started families there and their status in Mali is not very clear to determine. Even though the Malian government has reached to them as “returning children of Mali,” there are still many holes to fill in regarding the legality of their transition into Malian citizens or that of their foreign family members. If the negotiations fail, and the war is lost, these Tuareg will have nowhere to go, literally. They will either fight it out to death or will join whoever offers a shelter for them.

How much of reconciliation and how much of justice? Another serious bump on the road to a peaceful settlement is that of impunity. Even though the government established a Dialogue and Reconciliation Commission they have also made clear that justice will be served by the Malian state, to the fullest, on crimes committed during the war. War crimes such as rape and the killing of innocent civilians in the context of war, as much as in peace, are deplorable. However, a certain degree of impunity has applied in almost every previous case of truth and reconciliation process — especially as a reward to the truth aspect of the process, and in helping move easier away from contentious matters and enter into the actual healing process. Studies are still inconclusive over the degree of impunity for crimes against civilians in making reconciliation processes more effective than less. But to shut down the path of impunity altogether is a recipe for some very serious trouble in the near future; an open fire ready to reignite the conflict at any moment.

Given the mistrust of the MNLA towards the Malian government, it is unlikely that they will regards it as an impartial process, and more guarantees and third parties might be needed to help with the investigations. The United Nations may provide processes previously applied elsewhere effectively, and which will not question Malian sovereignty in assisting an impartial investigation. It is a long shot nevertheless.

Easy Ones for the MNLA

In terms of the MNLA accommodating Malian sovereignty, a future disarmament when security is guaranteed, and their transformation into main-stream Malian politics, these are all textbook negotiations issues and they should not cause concern. Independent statehood is not the only way towards asserting a people’s national identity. There are many variations of co-existence with a nation state from within; either this is by strategic necessity or as a matter of survival. Those include the Basque example in France, the devolved state of Wales, and other forms and grades of self-governance and autonomy. Disarmament has been dealt with in many ways, from full integration into armed forces, as in South Africa, to fully disarmament and dismantling through a well-established process guided by committees including interest parties and independent observers such as in Northern Ireland.

The transformation of the Azawad nationalists into a political force added to the Malian parliament depends on the degree to which the party or parties are willing to collaborate with the state from within. It is a very common theme for ethnic minorities to represent themselves in national assemblies as political parties, and even though it might be considered distasteful by many, that parties are drawn along sectarian lines, the system seems to be working at least in providing vital breathing space for the end of violence and in preparing the ground for post war development A successful integration into politics, however, will require capacities which the Tuareg tribes and clans supporting the MNLA might or might not possess, and it is imperative that they begin working with existing parties and the international community in securing a substantial representation in the political arena instead of being swiftly liquidated into the party labyrinth of Bamako.

Return from politics back to violence, when the process has failed a group, has also its historic precedence, such as in the Patriotic Union during the 1980s in Colombia. Thousands of party members were assassinated and the FARC ran back in the mountains to resume their guerrilla operations against the Colombian governments. Every attempt that followed since, to negotiate a transformation of the FARC back again into politics has been haunted by that lost opportunity.

*[Note: Read the final part of Negotiating in Mali: Why Failure is Not an Option on June 14, 2013. This article was originally published by The Conflict Monitor Mali.] 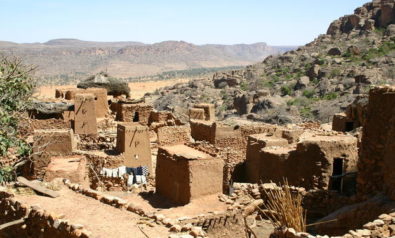 Negotiating in Mali: Why Failure is Not an Option (Part 3/3) 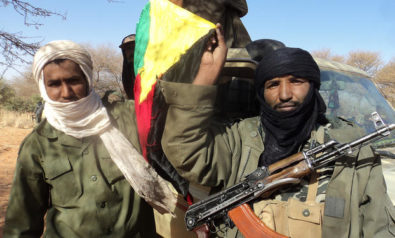