Concepts of local empowerment can combat both hard and soft security threats in Africa.

There is currently an increasing amount of media attention on wildlife poaching in Africa, particularly in relation to the money it injects into local and regional terrorists groups, such as al-Shabab in the east of the continent. Wildlife conservation and the prevention of terrorism make the most unlikely of bedfellows, and though they have been linked within security discourses, conservation is most often discussed as a contributing factor to criminal syndicates and terror groups.

The narratives of proving a solution to the financing of terrorist groups does not lie in conservation itself, but rather in the act of poaching as the soft security threat and how to reduce it.

While it is refreshing to see both academic and political focus on the importance of wildlife conservation in Africa, both as an environmental and social project, much of what is being written misses a very important point. It is an issue that pervades the majority of hard and soft security threats in Africa, yet it is rarely acknowledged in policy discussions: the role of local populations and their ownership of social processes.

The concept of ownership is not particularly new. Indeed, within the fields of development and conflict resolution, the idea remains that grassroots communities should participate (and in some ways lead) in peace processes by identifying obstacles to peace, establishing localized objectives of conflict transformation and creating structures to achieve them.

It is a concept that is pervasively popular among many academic and political schools of thought, and has been readily seen in the Northern Ireland Peace Process, among others. Local ownership of conflict transformation, it is argued, increases democracy, transparency and participation.

Where poaching exists as a soft threat — but the outcome is to finance the hard threat of terrorism — community-based conservation has not emerged as a suitable response.

Yet it goes against the status quo of existing political wisdom to devolve responsibility when it comes to other forms of hard security. When terrorism is on the agenda, the central government is the only master. While there is an ever growing acceptance of the link between soft and hard security threats, the willingness to employ solutions to soft threats as possible solutions to hard threats remains dubious in policy circles.

Even less convincing for many security analysts is the idea that non-security based solutions may be possible, such as the employment and empowerment of local populaces in promoting peace and combating terrorism.

I have researched how the effectiveness of mainstream conservation should be called into question. This is because it is conceived, planned and executed externally to local social groups living in proximity to conservation areas. Many then react with indifference or hostility to these projects.

Whereas, conservation that both employs and empowers local communities, such as the CAMPFIRE projects in Zimbabwe, have been far more effective in preventing poaching and creating greater cohesion between people and wildlife. The benefits to this approach go beyond the immediate positive effects in protecting Africa’s wildlife, a valuable source of tourism income.

Consequentially, more money flows to local areas rather than through central government or international nongovernmental organizations (NGO) by establishing local businesses, and local communities learn to utilize wildlife in a positive way, contributing to long-term development. Community-based conservation is a reasonably well-accepted proposition for combating poaching in contexts where local communities are endangering wildlife for their own localized benefit, such as game meat. In effect, this is using local ownership to combat a soft security threat.

However, where poaching exists as a soft threat — but the outcome is to finance the hard threat of terrorism — community-based conservation has not emerged as a suitable response. Perhaps one reason is that the majority of these projects has not been implemented by the central government. In fact, most of these governments retain the majority of control over wildlife management.

What has been proven in some cases to be an effective form of wildlife management has yet to be meaningfully implemented across the continent for a variety of reasons, often relating to issues of state-centralization, complex hierarchies of local and national government and good governance. Despite this, community-based conservation still has promise as a local response to the soft-security issue of poaching.

The crucial link here is to question if the local ownership of wildlife conservation, and the lucrative financial gains it brings, would then both discourage local poaching and wider-ranging wildlife degradation that offers financial gains aiding terrorism on the continent.

The examples, such as CAMPFIRE, that have been used to discourage poaching for game meat have been widely accepted as very successful. However, poaching for food and poaching for financial gain offer substantially different payloads, and the reward from community-based conservation would need to compete against an illegal industry that is second only to the international drug trade in its estimated value.

How would this work in practice? The literature on local ownership of conflict transformation suggests that communities should identify obstacles and objectives to peace. Once agreed upon, strategies are implemented to achieve these goals while avoiding or overcoming obstacles. In this way, poaching as a means to finance terrorism is an obstacle to localized development, and community-based anti-poaching conservation programs should be an objective of local development.

Their suggestion is that employing these local populaces into the oil firms operating on the coastline would significantly reduce incidents of piracy, because the financial incentive to commit piracy is removed by lucrative employment and training within the oil companies.

There are a number of examples of how goals and programs devised locally have encouraged peaceful transitions and promoted justice and reconciliation, such as in Northern Ireland and South Africa.

Furthermore, in southern Africa, “peace parks” have been established that have discouraged inter-ethnic violence, and there exists a small but noteworthy amount of literature on the role that wildlife management has played in reducing armed conflict in pockets across the globe.

Clearly, dismantling terrorist cells requires a very different approach to traditional conflict resolution with multi-track stratagems directed at specific aspects of terror group organization: financing, arms supply, local support and so on. However, looking specifically at the financing of terrorists through poaching concepts such as justice, democratic decision-making structures and local empowerment, can be sourced from conflict resolution theories and applied to programs of community-based conservation and anti-poaching strategies. This approach then goes beyond the dichotomy of soft threat (poaching) and hard threat (terrorism) to utilize non-security based approaches.

In a very similar method, but within the field of piracy and maritime security, it has been suggested that local ownership may also prove an effective deterrent. Piracy is demonstrably a hard security threat, although the nature of piracy’s source and objectives differ greatly between East and West Africa.

Some more forward-thinking security analysis firms focusing on piracy and maritime security in Africa have found that a high proportion of the piracy activity against oil tankers is conducted or aided by local residents in areas close to shorelines. Their suggestion is that employing these local populaces into the oil firms operating on the coastline would significantly reduce incidents of piracy, because the financial incentive to commit piracy is removed by lucrative employment and training within the oil companies.

This holistic approach, which assumes a greater level of local ownership, is likely to promote a more harmonious social environment. At this stage, it exists predominantly as a strategy rather than a reality, and it remains to be seen how effective it might be. Nonetheless, it proves to be an interesting approach that further demonstrates the possibility of local ownership in promoting peace and combating hard security threats.

Security analysis reviews both and hard and soft security threats, but solutions have tended to be dominated by more normative hard proposals that are military, criminology, and technology-based. These methods are frankly not working across the African continent.

The trajectory of both piracy and terrorism suggests that both land and sea areas are too large and socially complex to be effectively “managed” militarily. Furthermore, if the so-called community-based conservation projects continue to prove successful, and if the potential examples of employment in the oil industry demonstrate effectiveness in reducing localized instances of piracy, it may be time to re-address the security agenda in Africa, and begin to take the issue of local ownership as a “soft” approach more seriously.

There is no catch-all, win-win scenario for security issues in Africa, and no way to totally defeat these threats and also pursue completely effective strategies of development. The political reality in the states of Africa is far too complex.

However, local ownership may act both as an alternative and additional strategy to combat piracy and terrorism in conjunction with the existing military approaches, while also tackling the soft security issue of environmental management and encouraging levels of development. 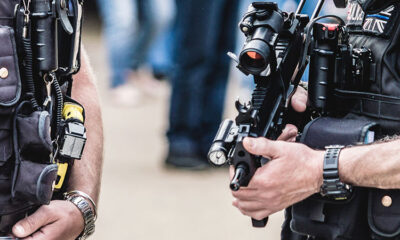 The Prevent Duty and the UK’s Counterterrorism Strategy 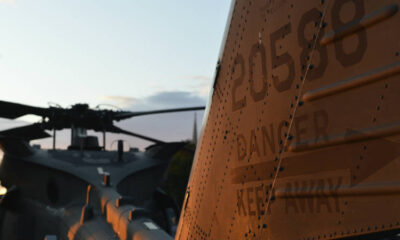 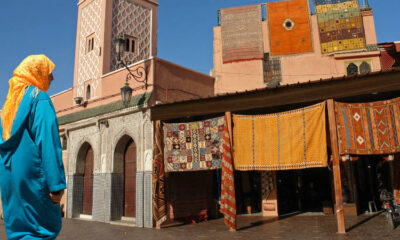 Women Can Play a Critical Role in Combating Terrorism