Rhino conservation efforts in Kenya demonstrate that it is possible to overcome poaching.

As the world marked the 2017 World Rhino Day on September 22 to celebrate all five species of the rhino — black, white, Indian, Sumatran and Javan — Kenya’s Lewa Wildlife Conservancy celebrated four years of successful protection of the species against poaching.

The celebration that attracted various stakeholders in wildlife protection in northern Kenya – the Kenya Wildlife Service, the police, the Northern Rangelands Trust, local communities and members of the judiciary — was marked by a five-kilometer patrol, “A day in the Life of a Ranger,” to immerse participants in the daily life and drama faced by those fighting to protect Kenya’s wildlife.

Rhinos have faced immense challenges in all parts of the globe. Kenya’s black rhino population alone plummeted from 20,000 in 1970s to less than 300 in 1989 as a result of overhunting and a high demand for the horn in some Asian countries where it is widely believed that it cures conditions ranging from fever and hangovers to cancer and erectile dysfunction. However, contrary to this popular belief, the horn has no proven medicinal value: It is made of keratin, a protein also found in human fingernails and hair.

Currently, Kenya has 1,149 rhinos; of these, 696 are black rhinos, 450 southern white rhinos and only three northern white species — the third largest population in Africa after South Africa and Namibia. Half of the Kenya’s rhino population is protected by conservation efforts in the Laikipia region and in northern Kenya. The combined Lewa and Borana Conservancies are now home to 14% of this population.

The cost of protecting rhinos is high, largely due to the level of threat the species faces. A rhino horn is estimated to fetch more than gold on the black market, and in 2012 the price had peaked to a horrifying $65,000 per kilogram. Although the price is thought to have since fallen, the publicity around the issue of rhino horn raised concern among conservationists as one of the main factors fueling poaching across the world. The display and detailing of the current price of rhino horn has, therefore, been discouraged by wildlife groups for fear of encouraging poaching.

Speaking at the event, the chief inspector of the Subuiga Police Station that neighbors the conservancy, Sammy Kamau, said that the benefits of wildlife conservation, and especially rhino conservation, cannot be understated. He lauded Lewa’s conservation model that recognizes the critical value of creating and sustaining partnerships with local communities, ensuring that both people and wildlife benefit.

Edward Ndiritu, head of Lewa’s anti-poaching unit, recounted the conservancy’s journey in protecting the iconic species. “It has not been an easy journey,” he said. “Poachers, who are criminals also involved in human trafficking, drug trade and other criminal activities, are the main threat to rhinos. In 2012, we lost 7 rhinos to poachers, in 2013 we lost 6, and something had to be done,” he continued, stating that the police, the country’s judiciary and the Kenya Wildlife Service have played a major role in the fight against poaching. “Above all,” Ndiritu went on, “community ownership is crucial in conservation. Our neighbours are our greatest partners in conservation efforts.” He urged members of the public to continue participating actively in conservation: “If we remain detached, we lose the animals to criminals who don’t care about our future,” Ndiritu concluded.

Pauline Longojine, chairwoman of the Sera Wildlife Conservancy, recounted the organization’s experience with the critically endangered black rhinos recently relocated from Lewa to Sera rhino sanctuary in Samburu. “We have seen the benefits of rhino protection and are glad to have the animal back on our land after poachers wiped out our population over 30 years ago. The number of tourists to the conservancy has skyrocketed. Cash is flowing. Over 100 people from our community are employed. Seeing rhinos daily while earning is the community’s greatest joy. Our children are now able to learn about these animals without traveling to other places,” she said. “There are challenges but we do not regret the move. Very soon you will be coming to us for bursary,” she added, to the audience’s applause.

Longojine echoed that partnership is crucial in conservation: “We should not waver in our commitment to protect the rhino species,” she concluded.

Mike Watson, CEO of Lewa Wildlife Conservancy, urged all stakeholders to stay committed to the cause of conservation. “Conservation cannot work if we operate in silos. Everyone needs to be involved, and we all have a role to play. The rhino is an umbrella species, and when you create a safe habitat for it to thrive, you are also creating a safe habitat for other wildlife and people alike,” he stated.

In 2012 and 2013, Kenya was hard hit by the worst poaching surge in two decades when more than 5% of the national population perished in various protected areas. According to Kenya Wildlife Service, 59 rhinos were killed in 2013 and 30 in 2012. Between 2012 and 2016, 5,703 black and white rhinos were lost to poaching across Africa. In December 2013, Kenya’s Parliament overhauled the Wildlife Act of 1976 and enacted a new law, the Wildlife Conservation and Management Act, 2013, that increased both incarceration and financial penalties for wildlife related crimes. According to the new law, anyone who commits a crime involving endangered or threatened species will pay a minimum fine of 20 million Kenyan shillings — or around $195,000 — face life imprisonment, or both.

In 2014, a Chinese ivory smuggler, Tang Yong Jian, became the first person to be convicted under the new wildlife law, after he was arrested for transporting a tusk weighing 3.4 kilograms in a suitcase while on transit from Mozambique to China via Nairobi. He was ordered to pay 20 million shillings or serve a seven years in jail. In a landmark ruling in July 2016, the suspected leader of an ivory smuggling ring, Feisal Ali Mohammed, was sentenced to 20 years imprisonment and 20-million shilling fine after he was found guilty of illegal possession and dealing in ivory.

Poaching has since declined in Kenya — just 10 rhinos were lost in 2016, while Lewa-Borana saw zero poaching since 2014. This can be attributed the prohibitive penalties, awareness and anti-poaching measures as well as community involvement in conservation efforts. During the celebrations, Kimanju High School students presented a skit that captured the plight of the rhinos and highlighted the legal consequences of poaching under the new legislation and the reverberating impacts on community livelihoods.

The children’s enthusiasm and understanding of the plight of endangered species and the consequences of extinction gives hope that a new generation will grow up to make the dream of a peaceful coexistence between people and nature a reality, with a future in which rhinos again roam the African plains in abundance. 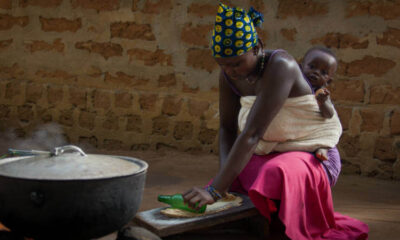 Can World Poverty Be Eradicated? 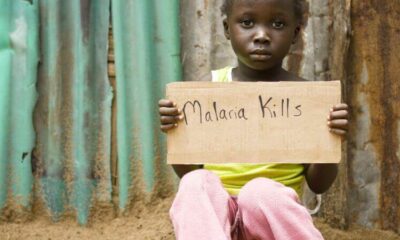 Africa This Month: Nuclear Power Program Out, Malaria Vaccine In