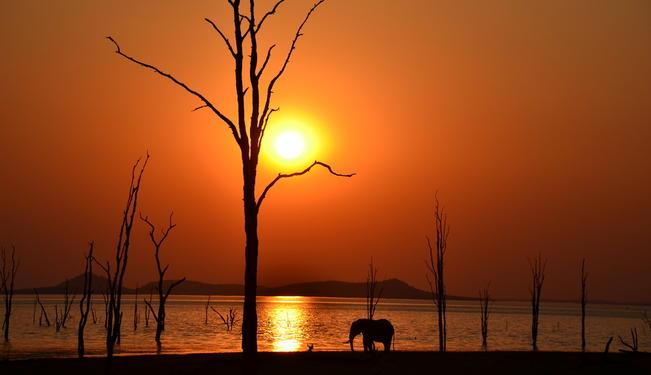 Mugabe's rule has deprived Zimbabweans of the most basic necessities.

The monolithic over-road monument that one drives under while going to or coming from the airport in Harare, reminds one clearly of the importance of the country’s 1980 independence. Hard won in the bush and at international negotiating tables, the victory over Ian Smith’s ruthlessly racist Rhodesian regime represented — and still represents — a triumph over perhaps the worst of the white settler colonies in all of Africa.

Smith’s Southern Rhodesia represented a tragedy, as did Federation before it and Cecil Rhodes’ dominance before that and all that happened in between these eras. But so does what followed afterward. Robert Mugabe stands for many things, most of them embodying some of the worst tendencies of post-colonial Africa. But perhaps more than anything, he represents the apogee of the tragedy that may be discussed in international capitals and among international bodies, that manifests in the halls of power — among politicians, the police, the military and, of course, Mugabe’s various residences and offices in Harare and radiating outward across Zimbabwe — but that is most deeply felt among Zimbabweans of all classes and most burdens the poor, the helpless, and the desperate.

And, yes, the apolitical. Those who speak out, may face immediate and relentless force. But what those people are speaking out against quite clearly has the most deleterious impact on those most vulnerable to any shifts in civic and economic life that reduce provision of services, constrict economic opportunity, enhance bleakness, and exacerbate privation.

Driving by Mugabe’s compound, one recognizes immediately the nature of his state. Surrounded by impenetrable walls and military men with machine guns, providing virtually no view inside those walls, immediately behind which stand trees that surely create a bucolic setting for those within but that undoubtedly also provide an extra buffer from those on the outside, Mugabe's home serves as an apt symbol of the closed society that he has tried, with intermittent success, to create. Yes, a building such as the White House is likely far more secure, far more militarized, far better protected in many ways than Mugabe’s compound or any of myriad other government, police, and military buildings in Harare. But it also maintains a level of visibility, of access to ordinary citizens, of which Mugabe’s compound stands as the antithesis. As a friend told me, woe be unto the poor soul walking past those walls who stops to tie a shoe, the bicyclist who slips a gear or gets a flat, the car that breaks down, or the passer-by who looks askance or flashes a camera.

Elections will happen this year. Maybe July 31, the date Mugabe has declared and the courts have affirmed. Maybe in mid-August, or even October, as some hope and have gone to the courts to establish. There will be observers who will find things to criticize and might be booted for doing so. But some — enough — organizations are likely to find a free enough, fair enough election. And I simply cannot imagine a scenario in which Mugabe loses; in which Mugabe allows himself to lose; in which Mugabe somehow loses power.

Hope may well be the thing with feathers; it may be a good thing, the best of things; it may be what compels us forward when things are bleak and keeps us running when our legs no longer want to churn. But Zimbabweans seem to take hope on a smaller scale. Hope that the water will be running today — if it does, though, it won’t be drinkable. Hope that the police don’t stop them for some petty violation, real or imagined, but that if they do, there will be no violence — the demands for a bribe will not be too onerous, or even will be halfhearted. Hope that the electricity will not go out, but that if it does it will return soon, or soonish. Hope that there will be enough food, if not for them, for the children. Hope that maybe tomorrow will provide a job, if not full-time, then at least for the day; and if not for the day, at least for the morning. Hope that if the elections in 2013 are violent, they will not be as violent as in 2008.

This is what hope means in Robert Mugabe’s Zimbabwe. Not grand hopes, just a plain and usually unspoken desire that things kind of, sort of, work out; but if they don’t work out, that at least they don’t go totally to hell. This is the tragedy of Zimbabwe, today. This is what that grand monument to Zimbabwe’s independence, so hard earned, so bolstered by hope, mocks.

*[This article was originally published by the Foreign Policy Association.]