There seems to be no good reason to justify Chad’s inclusion in the Trump administration’s new travel ban.

Chad is the latest victim of Western politics that threatens to weaken the already vulnerable African state at the expense of its people. Both the United States and the European Union are using Chad as a tool for their national political gain. With European leaders under public pressure to reduce the flow of refugees and migrants ahead of parliamentary elections, and US Republican leaders hoping to strengthen Donald Trump’s loyalist base by appearing tough on terrorism ahead of their own mid-term elections, Chadians are caught in the crosshairs.

On September 25, the Trump administration rolled out a new travel ban, due to come into effect on October 18, which is even more extensive than the last. North Korea and Venezuela were added to the list, as was Chad, while Sudan was removed from it. The decision to include Chad stumped many; the landlocked country hardly seemed to be a threat to US national security. The other two came as no surprise, considering Trump’s ongoing tirade against both North Korea and Venezuela and the recent escalation of economic sanctions.

Trump’s decision to include Chad in the travel ban was haphazard and will jeopardize US national interests. The Department of Homeland Security claims the decision is based on N’Djamena’s failure to provide the US with public safety and terrorism-related intelligence. As one of the poorest countries in the world, with around 47% of its population living below the poverty line, Chad may just lack the infrastructure to collect this data.

Chad was not the only country that failed to comply with Washington’s vague standards. Pakistan did too. Yet unlike Chad, Pakistan carries geopolitical significance to the US, which is likely why it did not make it onto the travel ban. The Orlando Pulse nightclub and San Bernardino shootings in 2016, which collectively left 63 dead, were carried out by Pakistani Americans. Trump openly stated that the San Bernardino shooting inspired his travel ban. Yet despite a significant number of terrorist attacks carried out by people either born in Pakistan or the children of Pakistani immigrants and the country hosting a number of known Islamist extremist organizations, the country is not included in the travel ban.

No terrorist attacks on American soil were committed by Chadians, nor by nationals from any of the other countries included in the ban. There appears to be no grounds to punish a country’s civilian population by subjecting it to collective punishment and banning people from traveling to the US indefinitely. Nevertheless, Trump’s justification of his travel ban as a counterterrorism tool renders the inclusion of Chad and not Pakistan nonsensical.

To add insult to injury, Chad plays an important role in the fight against terrorism. It is home to France’s counterterrorism mission headquarters and is a member of the US-led Trans-Sahara Counterterrorism Partnership. Chadian soldiers have been on the frontline against Boko Haram as well as fighting other Islamist militant groups in West Africa. The ban will weaken bilateral relations between Chad and the US, and will undoubtedly lead to a loss of an important ally in the region.

It is not only the US that has taken advantage of Chad this year. In September, Chad signed an agreement with the EU to serve as a buffer zone to help contain the number of migrants entering Europe. The EU envisions migrants detained in holding centers in Chad, as they await preliminary review for asylum. In exchange, Chad would receive an increase in aid, which the country badly needs. However, Chad could experience a bottleneck of migrants trying to make their way to Libya to cross the Mediterranean, as Niger has effectively shut its own border with Libya, leaving the route through Chad as the easiest option available.

Chad already hosts over 300,000 Sudanese and Darfurian refugees who fled Sudan during its civil wars the Darfur genocide. They represent one of the world’s most forgotten and neglected refugee populations, who are now stuck in limbo in Chad. International aid for Chad to deal with this humanitarian crisis has largely been eclipsed by more recent conflicts such as the Syrian Civil War. Chad struggles to support these refugees alone. It is difficult to imagine how the impoverished country will be expected to host new migrants and refugees awaiting asylum review for Europe.

Ordinary Chadians will pay the price for Western politics that seeks to deflect legal responsibility of migrants onto transit countries. The US is simply picking on another Muslim-majority country and using Chad as a political tool to throw the Supreme Court into disarray, which has already postponed hearings it was set to undergo earlier this week.

Chad needs international help, not pressure. Its economy is small, and it has little means to provide humanitarian aid to the hundreds of thousands of refugees and internally displaced persons it already has. Hosting even more under the new EU containment plan and being a member of Trump’s version of George W. Bush’s “axis of evil” is not what the country needs to be burdened with on top of everything else.

It is unbecoming for powerful countries like the US and the EU member states to pick on smaller, weaker ones. Picking on a state like Chad reflects an undeniable weakness for the West’s inability to manage its own problems, despite having the resources to do so. Chad will likely emerge from this resilient. If history is any indicator, the small states almost always do. 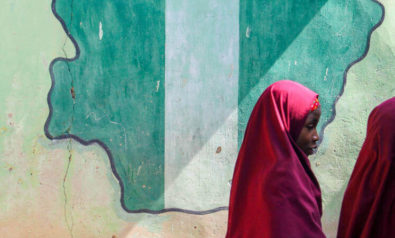 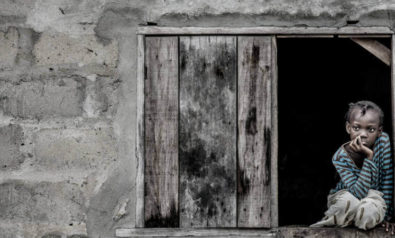 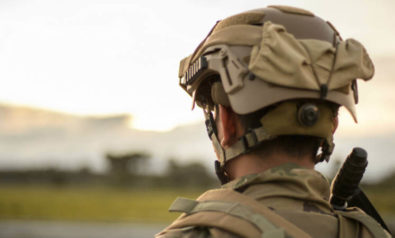