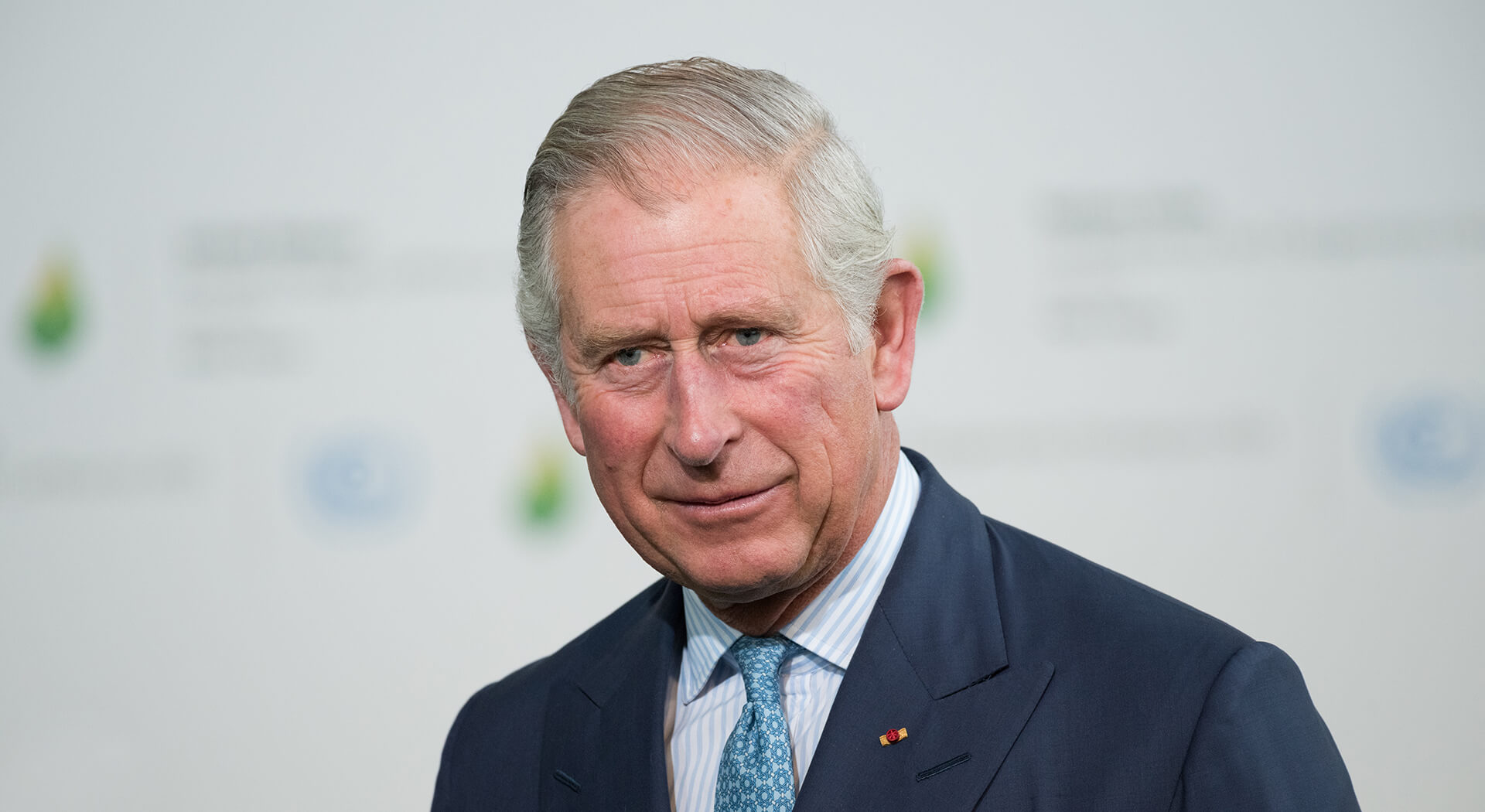 Has such a thing ever happened before? Within a few days, the English nation witnessed the departure of a jovial but notoriously mendacious prime minister – prone to create the kind of political chaos to which he himself fell victim – and a beloved queen. Boris Johnson was forced to make an undignified exit. Elizabeth died peacefully after having lived for the past seven decades as the emblem of a culture defined by its most dignified tradition. In both cases, the change is felt as monumentally significant and disruptive, given the mythical substance created in the media around those two personalities, Boris Johnson and Queen Elizabeth II. In both cases, there had grown up a widely shared fear of the void that would be left in the wake of their disappearance.

Could the straightlaced Conservative party produce any personality outside the world of pure entertainment to take his place of the hyperreal, arrogant toff with the permanently managed tousled mop of blond hair, adept at selling his boyish narcissism to the media while bulldozing through politics? Like a gutless Hollywood studio addicted to remakes of past blockbusters, the Tory establishment worked out its plan. Its producers wondered, “Who, on this island can repeat and carry out for another two years the equivalent of Meryl Streep’s performance as the one true British Wonder woman, Maggie Thatcher?” Liz Truss auditioned and, with limited competition, obtained the starring role of her career thanks, not to her ability to emulate her model’s iron will and aptitude for wielding the reins of power, but to her mindless loyalty to a sclerotic version of the now thoroughly discredited antisocial economic ideology that Thatcher formerly embodied.

For seventy years, Queen Elizabeth played her public role to perfection. It wasn’t an easy role to play. It required exceptional patience. She had nothing to do, no impact on events. But she quickly learned the art of turning her actions, or inaction, into a form of public theater exploitable by the media. At the very moment of the British empire’s global dismantling, she symbolized what the empire had once been, keeping it implicitly present in her subjects’ minds and in the world’s awareness. Succeeding to the throne in 1952, as colony after colony was declaring its independence, her presence, her demeanor and her image allowed the empire to continue a fantasized existence, liberated from the annoying task of having to manage anything in the real world. The American cousins had taken over that task and had become experts working in the shadows.

An example of quantum logic on a human scale

In a curious configuration resembling the phenomenon of quantum entanglement, at the precise moment when the British government toggled from male to female leadership, the British state is toggling from female to male. A curious and possibly necessary balance is thus restored. No one knows how Charles III will conduct his reign, but he may have an easier time establishing his regal style with an inept and unreflecting female at 10 Downing Street than with the unpredictable BoJo, who sometimes showed a greater aptitude for emulating Idi Amin Dada than the Winston Churchill he so vociferously claimed as his model. In a certain sense, Boris himself was a cheap remake, whose box office earnings fell far short of his promise.

For the past three years, the irrepressible Boris has dominated headlines in the UK thanks to his exaggerated antics that as often as not resembled a music hall act built around a comically obsessive one-liner: “Get Brexit Done.” He hypnotized his party, if not the population, into believing that once it was done, all would fall back into place and Britain would be great again. His recent militaristic activism as a highly visible supporting actor in Joe Biden’s proxy war on Russia, which included using his bulk, if not his moral authority, to give orders to the suffering victim never to negotiate with the evil master of the Kremlin, will be a hard act for Truss to follow.

Can Charles wield the scepter at 73?

Unlike politicians who rely on other people’s votes to achieve their ambitions, the designated but yet uncrowned King Charles III, has had decades to prepare for this. But he has also had 73 years to craft his image as a crown prince, scion of an impeccably performing mother, with low expectations of ever becoming king before reaching an exceptionally advanced age. There must have been moments when, as some in the public wondered out loud, whether it was worth the wait. The public had “elected” his fairytale wife, Lady Diana Spencer, to a level of royalty that he couldn’t hope to attain, even though it was his heritage. She was “the Princess of the people” in a monarchy that had, over the previous century, politically transformed into a modern democracy.

Not only did Diana rise to become a mythic celebrity, thanks to her beauty and sense of style, neither of which he could claim to share, she utterly eclipsed the crown prince’s image as the future king. The idea of a future Queen Diana had far more appeal than that of King Charles. When teir visibly uncomfortable marriage quickly began exposing its fragility, leading eventually to divorce, the public appeared to take her side, considering Charles to be unworthy of Diana. To some extent, this correlated with a longer-term trend as males on the throne in the 20th century had never made a strong impression, especially Edward VIII’s abdication after a very unroyal marriage to an ambitious American divorcee and Elizabeth’s father, George VI’s embarrassing stutter. And that is without mentioning the embarrassing question for Elizabeth herself of the behavior of her “favorite son,” Andrew, who was also one of Jeffrey Epstein’s favorite friends. As a stay-at-home queen, raising her children and especially her dogs in her various palaces and castles, Elizabeth successfully turned the role of monarch at the head of the state into one that, in post-war Britain, clearly better befitted a matriarchy.

The British people and especially its media have never had strong confidence in the character and personality of Charles as a potential king. Many have suggested that to preserve the dignity of the office – really meaning the “media appeal” of the office – he should simply allow his more glamor-minded and family orientated son, William, succeed in his place. He has not chosen to do so. That means that he, and presumably his PR team, will be hard at work crafting his royal image in the weeks and months to come. It’s up to the media to respond appropriately. The future of the British monarchy depends on their effort.

How will the media manage the drama to come?

The media will now be very busy tracking and shaping the evolving images of two personalities that have never inspired the kind of interest – positive or negative – that Boris and Eliza, the two actors exiting the stage have managed to build throughout their careers. Will they go off on two separate tracks or will there be interaction between them. Charles has had a reputation for occasionally drifting towards expressions of opinion deemed dangerously close to political issues. Will he rein them in without his mother there to hold him back? Or will he be tempted to use the vestigial moral status associated with a fatherly monarch to subtly or blatantly rein in what he might feel are the possible excesses of the Elizabeth now reigning at Downing Street?

The real question for Charles is what will he need to do to appear kingly rather than princely? He may even have the intelligence to understand that in the midst of growing crises in every direction – the crises of democracy itself, of proxy wars, the climate, energy supply, nuclear threat, pandemics, looming economic collapse, social conflict, and the obvious transition towards a multipolar world (though though consciously ignored by the media) – some new form of leadership is needed, if only to restore some sense of balance in the face of the hyperreal excesses that now dominate politics in the West. Can a newly crowned British king define a role that could push humanity in the direction of sanity? That seems unlikely if, as is customary in the UK, respect of tradition routinely trumps the quest for creative innovation. But these are strange times.One final bit of irony may serve to sum up the high level of uncertainty that exists as this new double transition begins the inevitable process of remodeling the global image of the British national identity. Last week footage emerged of Liz Truss at the age of 19, as a Liberal Democrat activist, expressing her contempt for the royal family as she called for the abolition of the monarchy. Now, as the leader of the party, “elected” not by the British electorate but by only an estimated 80,000 votes of members of her party, she represents the established government, at least until the next election or someone or group of people from her own party call for her abolition, just as they did to her predecessor.