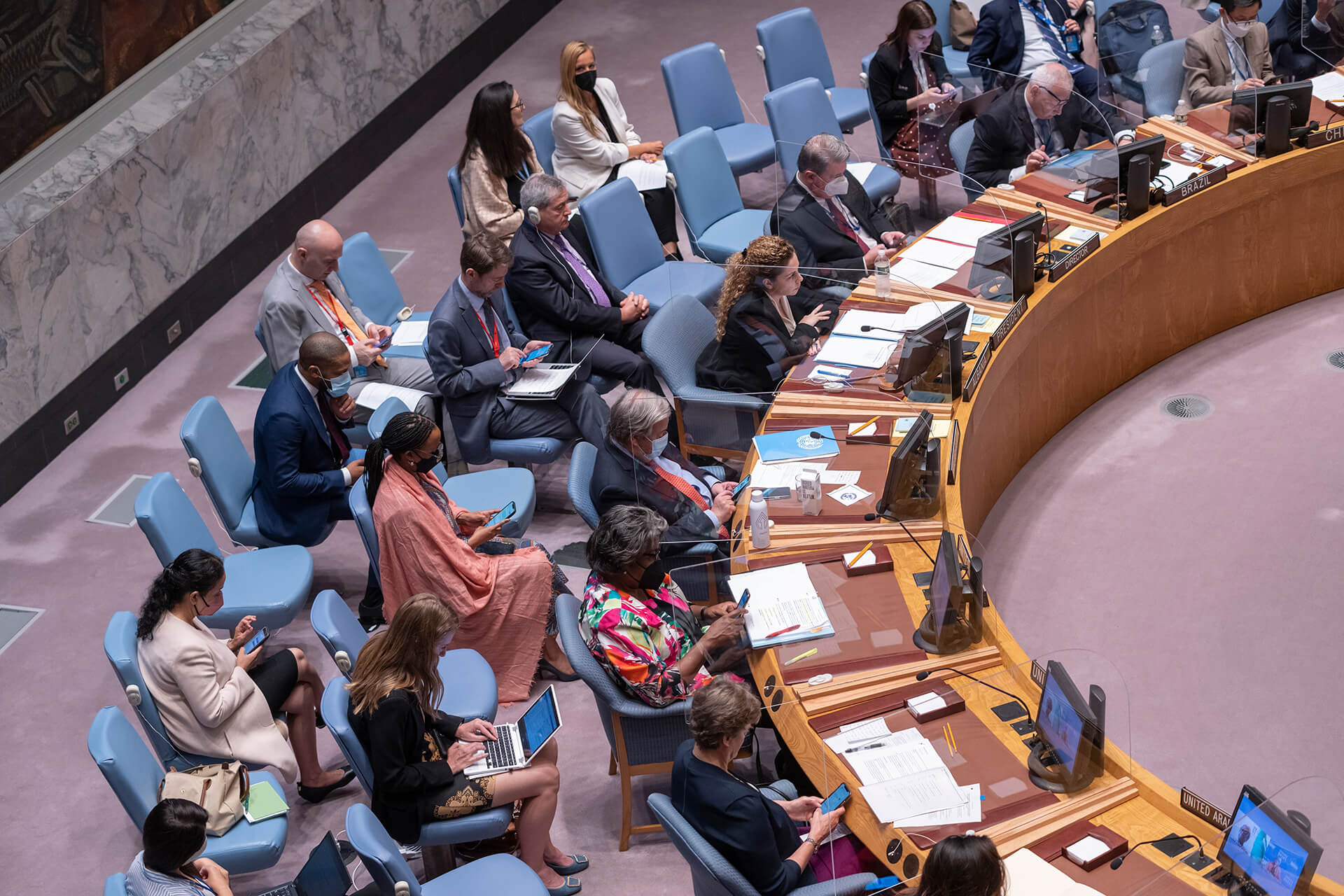 There is also another important overlooked fact about wars of the 19th century. They amplify the four horsemen of the apocalypse of the 21st century: global warming, nuclear war, food insecurity and pandemics.

It is clear that we need a new definition of national security.  This new definition needs to focus on what actually makes individuals more secure in their daily lives. Competition between nations will continue in the realm of technologies, economics and trade but we need international cooperation to confront the four horsemen — this new phenomenon could be termed coopetition.  In a way, we have stumbled into this transition already with such organizations as the World Trade Organization, the World Health Organization, the United Nations, etc.

However, we still think about national security in a 19th century way. By changing our definition, we can hasten the transition to better policies both nationally and globally. The need for such a change is highlighted by the Russia-Ukraine war.  From a 19th century point of view, Russian leaders feel they need a buffer zone to protect Russia. In turn, the North Atlantic Treaty Organization (NATO) feels compelled to avoid appeasement of an aggressive dictator that in their view led to World War II. From a 21st century national security point of view, the Russia-Ukraine war is making each of the horsemen more dangerous.

Now, it can be argued that the Russia-Ukraine war may hasten Europe’s move away from fossil fuels and lead to reliance on sustainable forms of energy.  It can also be argued that the rise in fossil fuel costs around the world will lead to a reduction in consumption. But, so far, we are not seeing that transpire. Instead, the fossil fuel industry is adapting to the new situation.

We have two nuclear-armed groups separated by several hundred miles talking of tactical nuclear weapons. We have soldiers firing at nuclear power plants. Emotions are running high. Egos are involved. Casualty rates appear to be quite high. It appears that soldiers are taking drastic actions, either out of frustration or under direct orders or a mix of the two. There are reports on Russian-controlled media for national mobilization. Individual Russian civilians have called for the use of nuclear weapons. It doesn’t take much to imagine something going wrong: a nuclear accident, a rogue officer ordering a launch or even the top leadership ordering a tactical low-grade nuclear strike.

The United Nations Secretary-General Antonio Guterres, has said, “We all see the tragedy unfolding in Ukraine. But beyond its borders, the war has launched a silent assault on the developing world. The crisis could plunge up to 1.7 billion people, more than a fifth of humanity, into poverty and hunger on a scale not seen in decades.”

If you are a well-off individual in a country where food prices go up, but there is plenty of supply. Would you care if 20% of humanity falls into poverty, hunger and despair? Even in a Hobbesian worldview, the answer has to be yes. Despair among 20% of the global population is bound to breed trouble for all. Desperate people do desperate things: crime, corruption, terrorism and illegal immigration are just the tip of the iceberg.

We are still recovering from the COVID-19 pandemic. In fact, we might be entering a new era of pandemics. Some authors have been arguing that “environmental devastation threatens to unleash new zoonotic diseases as well as long-dormant bacteria and viruses to deadly effect.”

The Russia-Ukraine war is adding to the risk of pandemics. Refugees are now living in close proximity even as wartime conditions undermine their immune systems. We could do well to remember that the end of World War I led to an influenza pandemic. It killed more people than the war itself. That could happen again.

The Right Tools for the Right Problems

A screwdriver and a hammer are both good tools, but using a screwdriver to hammer in a nail is suboptimal, if not stupid. In the US, both the Central Intelligence Agency and the Pentagon have been examining the four horsemen’s risks to national security. Intelligence and defense Institutions in other countries have been doing the same.

Yet there is an argument to be made that the DNA of these institutions equips them for 19th century challenges. They are unable to really think through the risks of global warming, nuclear war, food insecurity and pandemics. They do not know how to manage the 21st century horsemen of the apocalypse. These institutions were designed for conflict, not cooperation or coopetition. Yet they command top of mindshare and the lion’s share of funding.

The time has come to define national security differently. We must examine what enhances the security of an individual and work towards achieving it. This will require people, processes, organizations and technologies focused on cooperation rather than conflict. We will have to build upon previous attempts at cooperation and collaboration as well as engage in new thinking, new development and new research to tackle the four horsemen of the apocalypse.