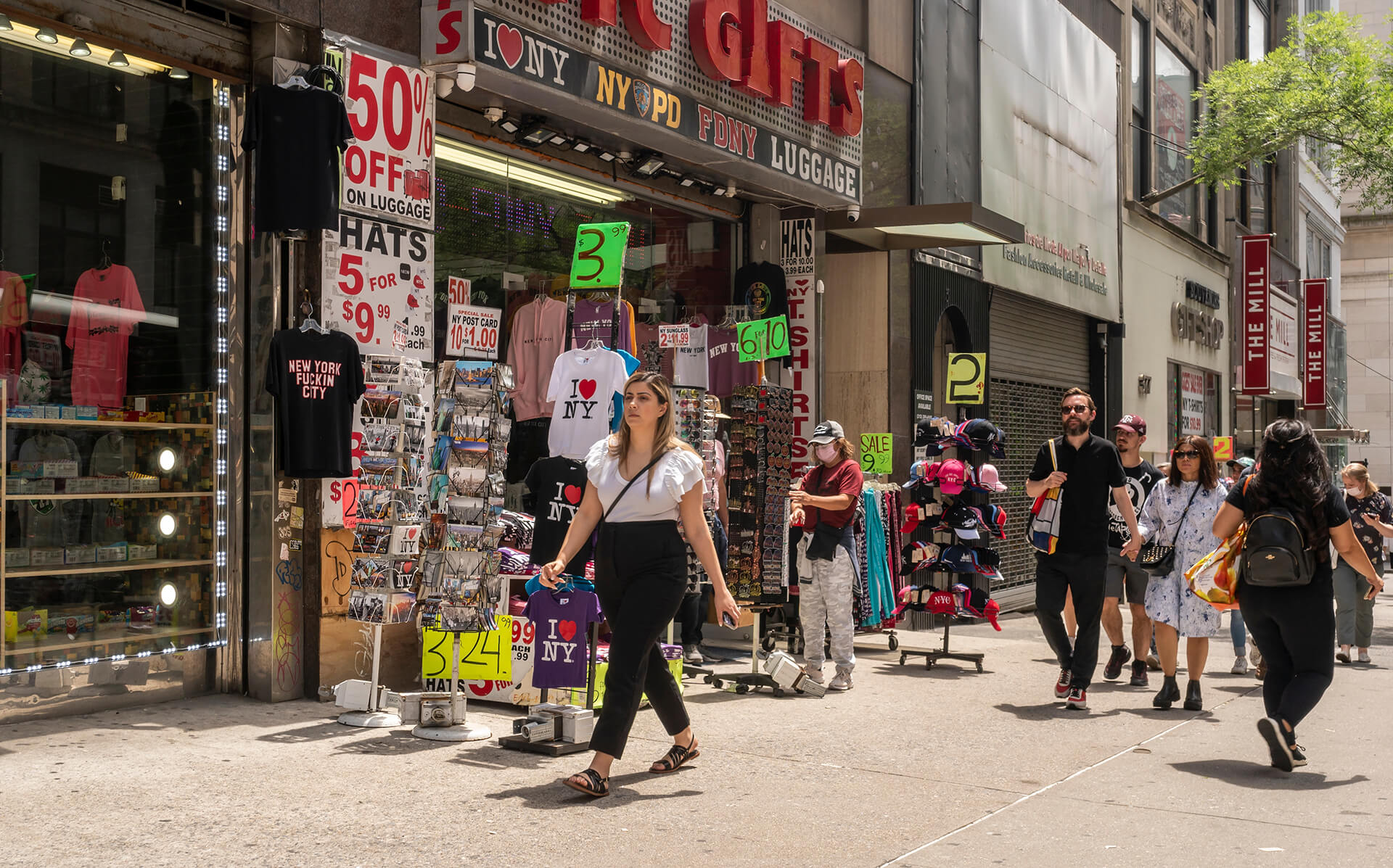 Older Americans tend to be loyal to established brands and are reluctant to patronize newer firms that offer similar products, even if they are cheaper. That “consumer inertia” has twin effects: It is hurting new business formation and the share of young firms in the US, while older firms are taking home bigger profits, according to a paper by Wharton finance professor Gideon Bornstein, titled “Entry and Profits in an Aging Economy: The Role of Consumer Inertia.”

Bornstein defined consumer inertia as “the tendency of consumers to choose the same products over time for reasons other than the fundamental attributes of those products.” His hypothesis is that a rise in consumer inertia leads to higher profits of large incumbent firms while discouraging the entry of newer firms. His study estimated that young households are almost twice as likely to switch their consumption products relative to older ones.

The Big Firms Have Become Bigger

“What I showed in the paper is that older individuals tend to stick to the products that they buy, while young households are more likely to switch the firm from which they’re buying their goods,” said Bornstein. “I argue that through this channel, the aging of the population has contributed to both the decline in business formation and to the rise in profitability that we’ve been seeing.”

“In economics, when profits go up, we think that more firms should enter to take a part of that pie,” said Bornstein. “We’ve been seeing that pie getting larger, and yet fewer and fewer firms are entering the economy. I explain in my model that these large established firms have these loyal customers with inertia whom they can charge high prices and therefore get high profits. It takes a long time to establish such a customer base, and that’s why it’s so hard for new entrants to claim a share of that pie of profits.”

The study offered some granular insights as well. It found that US states which experienced a larger increase in consumer inertia also experienced a larger decline in the share of young firms. Further, product categories with “a relatively more inertial consumer base” display lower entry rates of new firms. “For example, the carbonated beverages category has a high degree of consumer inertia, where consumers stick to Coke or Pepsi,” said Bornstein. “Also, older households have high inertia with respect to their breakfast food, but young households may change it more often.”

Earlier research has studied the impact of population aging on the decline in firm formation, but Bornstein said his paper is the first to focus on the impact of population aging due to demand forces, or consumer inertia. “It is challenging for traditional models of firm dynamics to account for the twin phenomena of declining entry and rising profits. Other things equal, higher profits should stimulate firm entry,” the paper noted.

Bornstein overcame that challenge with a four-step process: First, he built a model of firm dynamics with consumer inertia. Second, he used detailed microdata to identify how consumer inertia varies with household age. Third, he used his model to study the implications of a rise in consumer inertia. Finally, he provided empirical evidence on a causal negative link between consumer inertia and firm formation.Bornstein used Nielsen’s Consumer Panel dataset, which provides information on the purchases of 160,000 households in the US between 2004 and 2015; and the GS1 US dataset. He distributed the households in his dataset across four age groups: 20–34, 35–49, 50–64, and older than 64. He found that younger households (age 20–34) display significantly less consumer inertia than any other age group across more than 95% of the product groups. A young household is, on average, about 20 percentage points more likely “to re-optimize its product choice” relative to older age groups, he found. “Product categories which face high consumer inertia are also ones where we see lower entry rates,” he said.

For sure, aging and consumer inertia do not drive all of the decline in new business formation, which would have many other contributing factors, said Bornstein. But those trends are worth watching closely, he added. “We expect the economy to be even older in the future decades, so that phenomenon will continue in allowing the big firms in the economy that have a large share of locked-in consumers to charge high markups,” he said. Americans aged 65 and above will account for 21.6% by 2040, up from 16% in 2019, according to a report by the US Department of Health and Human Services.

Bornstein said his paper may have some takeaways for consumers to consider. “If there were a way to nudge some consumers and say, ‘Here are the options that you have — you can actually get a better deal,’ it could potentially increase the degree of competition, and it can have implications for pricing by firms and for the efficiency of the market,” he added.