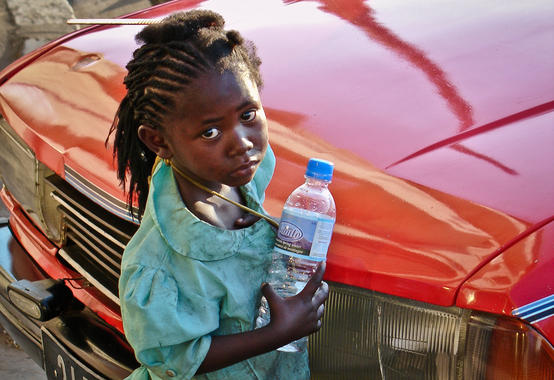 On his four week stay in Madagascar, Felix Haas discovered that the people don’t need a lot of money to be happy.

With a per capita GDP of about one twenty-fifth of the world average, Madagascar is amongst the poorest countries of our planet. In the early 2000s it looked like the large island state might be able to break free of the bane of extreme poverty. The government had established an export processing zone as well as policies reasonably good to profit from the US African Growth and Opportunity Act, passed by US Congress in 2000. However, when the president in power, Admiral Didier Ratsiraka, refused to step down after losing the 2001 elections, the struggle for power that ensued ate up all of the fragile advances that had been achieved.
I first set foot in Madagascar in the late Summer of 2005, to spend a month living with different Malagasy families. I found a country seriously shaken by poverty. It was my first time in Africa and I was deeply bewildered by what I found. Bewildered and, frankly speaking, at first also quite scared. My first couple of days, walking the streets of the capital Antananarivo, I did not take a single picture. I felt sickened by the idea of the rich white European going to Africa to take pictures of poor black people. I felt sickened by the fact that the camera I was holding cost me more than the average Malagasy makes in a year. This sickening faded quickly, not because I simply chose to forget my reservations, but because of the warm hearted nature of the people I met. Time and time again children came up to play with me or adults stopped me walking by to have their picture taken. How many times did I have to explain that even though you could see your picture on the small screen of my camera, I still could not leave them a copy? Most of the people might have been terribly poor, but nowhere did I see the same worn out faces that your eyes brush over when you take a commuters train in some first world capital.
When I left the island five weeks later, I left it a richer man. These pictures are a small account of the many faces and people I encountered.