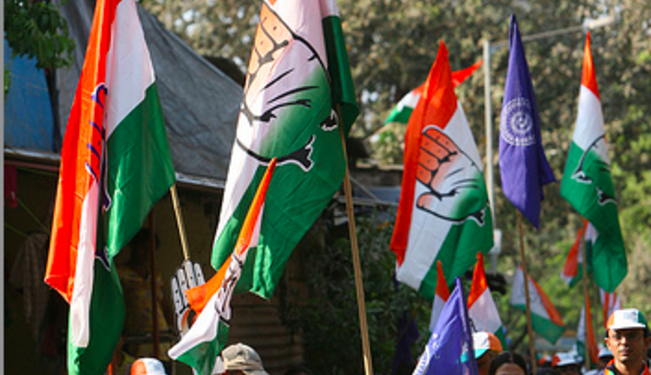 Elections in India’s largest state are concluded, but whether the new government can deliver on its promises, remains to be seen.

Political tremors are being felt in New Delhi after the state elections in Uttar Pradesh (UP) were concluded last week. The resurgence of the Samajwadi Party (SP) in India’s largest and politically most important state is bound to shake the crumbling edifice of the Congress Party-led United Progressive Alliance (UPA) coalition government.

The Uttar Pradesh elections, billed as the precursor to the national elections due in 2014, have resulted in the decimation of the national political parties, the Congress and the Bharatiya Janata Party (BJP) at the polls.

The high voter turnout during the seven-phase poll in the state surpassed all previous polling records and was seen as a manifestation of the electorate’s disillusionment with the regime of the Mayawati-led Bahujan Samaj Party (BSP).

Mayawati is credited with enhancing the appeal of the BSP which was initially considered as a party favored by only the ‘lower castes’. Her cleverly designed plan of ‘Social Engineering’ brought Muslims and higher caste Hindus into the party fold, and created a potent political combination with the existing support of the loyal ‘lower caste’ members. In addition, Mayawati’s ascent from the lowest rung of Indian society belied the stranglehold of dynastic politics prevalent in the Indian polity and added to her allure.

Mayawati’s ‘Social Engineering’ and vehement opposition to the anarchy rampant in UP under the SP regime, ensured a massive mandate in her favor in the assembly elections in 2007.

The mandate was however frittered away during Mayawati’s egregious tenure which witnessed massive financial embezzlements via government schemes designed for the poor. Ironically, a party that assumed power on its promise to combat criminals and corruption would by the end of its tenure be witness to a majority of its ministers sacked or arrested on grounds of corruption and crime.

While UP suffered a lack of industrial and agricultural growth due minimal government spending and poor governance, Mayawati wasted public money on erecting monuments and statues of herself, supposedly for commemorating leaders of the oppressed classes. Medieval despots could not have fared worse.

But even her strongest opponents could not have expected her party’s annihilation in the recently concluded state elections. The BSP could muster only 80 out of 403 seats in the local assembly, in contrast to the 206 seats it obtained in the 2007 elections. Though the vote share of the party decreased by only 4.5% from 2007, it resulted in massive losses in terms of the seat share.

The SP gained retribution for the crushing defeat suffered at the hands of the BSP in 2007 by profiting from the losses suffered by its political archrival. Though the vote share for the SP increased by only 3.7% from 2007, it resulted in the party winning a record 224 seats, a staggering improvement from its tally of 97 in the 2007 elections.

The SP was once considered to be a party which encouraged the proliferation of criminals in politics. Prescribing to an archaic ideology, it even opposed the utilization of computers at offices. The party appeared to have lost its way post the humiliating electoral defeat in 2007 and survived by hanging on to the coat tails of the Congress Party. The prospects for the SP appeared bleak even a year ago, and not many political pundits gave the party any feasible chance of staging a comeback.

The SP’s resurgence is being credited to the political management of Akhilesh Yadav, son of the party supremo Mulayam Singh Yadav. Akhilesh managed to rejuvenate the party cadres and attract voters within a short span of time. The decision to bar additional politicians with criminal records entry into the party was an electoral masterstroke given the parties dismal record in this matter.

Akhilesh enticed the youth by his promise to provide students with free laptops and tablets, which ironically was anathema to his father's policies. He also revived his party’s policy of allowances for unemployed youth. Akhilesh read the mood of a young electorate exasperated by the mire of dwindling employment opportunities in Uttar Pradesh.

The SP’s offer of 18% quotas in government jobs and educational institutions to the Muslim community also ensured that the community shifted allegiance to the party. Muslims, who are believed to vote en masse, had voted for the BSP in the last election.

The SP outbid the Congress party which had initiated the war for quotas by promising Muslims a 9% quota in government jobs.

The facts that the Constitution of India prohibits quotas on the basis of religion and that similar attempts by other state governments are being judicially examined by the Supreme Court of India were conveniently sacrificed at the altar of political expediency.

That the SP immediately doubled the quota percentage on offer for the Muslims and reaped rich electoral benefits suggests that with the national elections round the corner, the appeasement of Muslims will continue unabated. The damaging consequences for national unity arising out of this divisive policy appears to pale in comparison to the electoral benefits obtained by the politicians.

If the results of the elections are an indicator, the Congress appears to have reached political oblivion in the state.

The Congress was optimistic of performing well under the command of Rahul Gandhi, the scion of the dynastic Nehru-Gandhi family and also Prime Minister-in-waiting for the sycophants in the party.

Rahul’s blitzkrieg electoral campaign saw him attend 218 electoral rallies, the highest by any politician in the state. The enthusiastic attendance at his rallies and his carefully orchestrated antics (which included tearing the manifestos of opponents off the walls) influenced the media into predicting a Congress revival in the state.

The Congress expected Uttar Pradesh to give its re-election bid at the national level a strong push. Favorable results were also expected to give Rahul Gandhi the political legitimacy which he seems to lack in spite of his lineage.

The UP election saw the Congress Party receive merely 11.6% of the vote and this result has shell-shocked the party. The fact that the Congress lost all seats barring one in the Nehru-Gandhi bastions of Amethi and Rae Bareli has exposed the myth of the family’s invincibility.

The Congress, beleaguered by financial scandals involving its national UPA coalition, and with the Nehru-Gandhi family scion battered and bruised from successive trouncing in the electorally decisive states of UP and Bihar, now faces the onerous task of preparing for the national elections.

The Congress can however take comfort from the plight of the BJP which remains its primary adversary at the national level. The BJP had won 221 seats in the Uttar Pradesh assembly in 1991 and has steadily been losing ground since.

With the public’s disillusionment with the BSP, the seeming lack of leadership in the SP, and with the Congress reeling from the impact of the anti-corruption movement launched by the social activist Anna Hazare, the BJP had been handed an ideal launching pad for recovering Uttar Pradesh from its opponents.

The BJP however committed political hara-kiri by inducting a tainted ex-minister from the BSP, expelled for his involvement in a massive financial scandal during Mayawati’s regime. The ‘party with a difference’ thus squandered the moral high ground on the corruption issue. The BJP, which expected to gain the backward caste votes by the induction of the ex-minister, misjudged the mood of the electorate.

Suffering from ‘more leaders than cadres’ syndrome, the BJP also failed to present a viable leader. Constant squabbling between top party leaders made voters decide to hedge their bets on any party which appeared to be the best alternative to Mayawati.

The shrinking popularity of the BJP resulted in a vote share of 15% (or 47 seats) which is a worrying sign for the party ahead of the national elections.

With the given electoral dynamics at the national level, and with Uttar Pradesh accounting for 80 seats in the national parliament, no party can be optimistic of forming a government in New Delhi without performing well in state elections.

With the dust of the electoral battle now settled it remains to be seen how Akhilesh manages to deliver on his promises of free laptops, tablets, and unemployment support, given the precarious financial condition of the state. The depleted state of the state exchequer was ignored in the hullabaloo of electoral sloganeering and is now bound to challenge his new government.

Data collected by Election Watch India and Association for Democratic Reforms indicates that the SP, notwithstanding its pretensions at prohibiting criminals from entering the party, has criminal cases pending against 111 of its 224 legislators. Given the background of its legislators, the SP’s assurance of a crime-free society appears to be a chimera.

Akhilesh Yadav might have outperformed his opponents in the electoral slugfest but now he needs to perform to get the state back on the rails. Collapsing infrastructure, massive power outages, absence of industrial growth, the rising crime graph, and corruption, need to be tackled immediately. The SP has prospered by promising unemployment doles but needs policies that create jobs and not policies that encourage unemployment.

For a state which has given India 8 of its 14 Prime Ministers, time is running out. 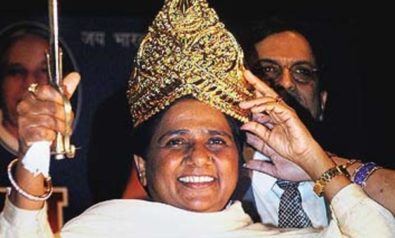 Five Reasons: Why Mayawati Deserves to Win in Uttar Pradesh 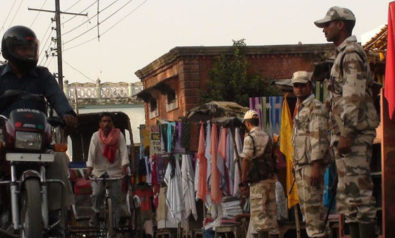 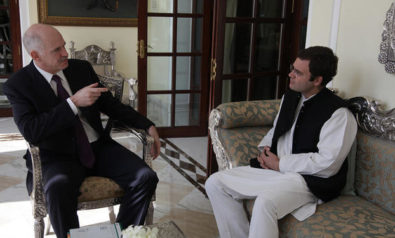