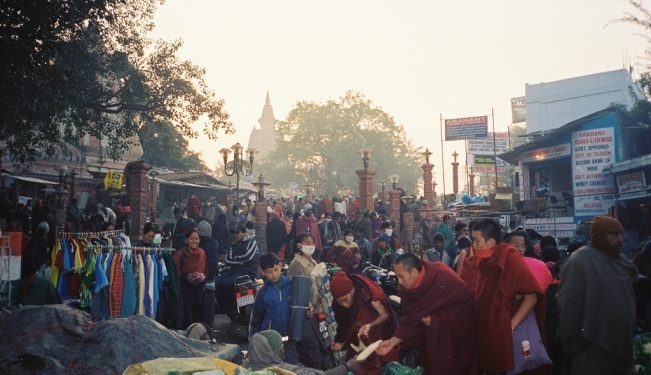 Recent changes in Bihar could be considered one of the most dramatic turn-arounds in modern Indian history. Bihar, a north Indian state of around 90 million people is  India’s poorest state, with a per capita income  one-third of the Indian average, has gone from being a state synonymous with corruption, lawlessness, dysfunctional governance and economic stagnation to a model of development success. During the five years under the leadership of chief minister Nitish Kumar, Bihar’s economy only trailed behind the industrial powerhouse of Gujarat as the fastest growing state in India.  Fast-track courts and a fortified police force resulted in a reported 52,343 criminal convictions over the last five years – many times that of any comparable earlier period.  The previously ubiquitous presence of armed gunmen in the state has largely vanished and residents of the state capital, who had become accustomed to retreating behind closed doors after dark, can now be seen casually strolling along city streets in the evenings. These changes have been accompanied by a series of innovative government initiatives, including a scheme that provides bicycles for school-going girls, 50% reservations for women in village-level governing bodies (panchayats), a scheme to use biometrics to ensure that the right people receive payments from welfare schemes and, most recently, a law requiring elected officials and bureaucrats to publically declare their assets in a bid to stem an administration long riddled with corruption.

Not surprisingly, these successes enabled Nitish Kumar and his National Democratic Alliance (NDA) government to sweep the state elections held at the end of 2010, virtually obliterating the main opposition Rashtriya Janata Dal (RJD) led by Lalu Prasad Yadav, which had been thought to be unassailable during its fifteen-year rule from 1990 to 2005. In fact, while for many among India’s rapidly growing middle class Lalu Yadav came to represent everything wrong with India – casteism, populist politics and corruption – Nitish Kumar is seen by many as the most progressive chief minister in the country.  It appears that the difference between Lalu Yadav’s and Nitish Kumar’s Bihar is nothing short of night and day. How could such a dramatic change in such a large and complex state occur in such a short period of time?

Both of these popular images, as is often the case, conceal as much as they reveal and need to be qualified.  Recent changes in Bihar are driven, to a significant extent, by macro economic developments in India as a whole that are out of the control of the state government. The Bihar government is flush with cash. The bulk of this windfall is from non-discretionary devolution of the central tax pool (through the finance commission) that has expanded along with India’s high growth rates and some success with tax reform by the central government. In fact, one can make a strong case that Bihar is still discriminated against by the central government –  while Bihar received over 11% of devolved central taxes over the last 5 years (because this is done according to a fixed formula), it received only 3.87% of central investments. However, since three-fourths of the Bihar government's revenue comes from central transfers, increasing central tax revenues is the most important source of Bihar’s recent growth. In fact, a significant portion of this growth is in road construction and other infrastructure – Bihar’s construction sector more than quadrupled over the last five years and demand for cement has been growing faster than that of any other state. This extra cash also provides a ready source of alternative “revenue” for Bihar’s notoriously entrepreneurial politicians and the compulsions of campaign finance that in the past were often generated by the kidnapping-for-ransom industry, the arms trade and drugs trade, and other criminal activities. There are reports of some of Bihar’s infamous mafia politicians becoming road contractors.

The Bihar budget more than doubled over the last five years and its budget for “plan expenditure” – funds used for productive investments – more than quadrupled.  Of course, a competent state government has to be in place to spend this money effectively, but having access to such increased funds is what has enabled Nitish Kumar’s aggressive development agenda to even be an option. This is in stark contrast to the fiscal crisis that followed structural adjustment soon after Lalu Yadav took office in the early 1990s.  And unlike centrally sponsored development schemes, devolved taxes can be used to build state capacity – as Nitish has done with the police force. This suggests that perhaps the fastest way to promote more inclusive growth in India would be to increase central tax revenues.

The changes in Bihar also reflect distinct political developments.  The defeat of the NDA, led by the Hindu Nationalist Bhartiya Janata Party (BJP), in national elections in 2004 was crucial to the consolidation of Nitish Kumar’s alliance. This broke the so called M-Y alliance (Muslims plus Yadavs) at the heart of the RJD’s political longevity. Without fear of an ascendant Hindu nationalism, lower caste Muslims broke from the RJD, demanding democratic empowerment and development in addition to protection.This was reflected in the dramatic shift in the RJD’s electoral fortunes within just a year- they dominated in the 2004 elections but lost power just a year later in 2005.

Current change in Bihar is also a result of a longer history of lower caste politics in the state.  Lalu Yadav, and later his wife Rabri Devi, who served as chief ministers of Bihar from 1990 to 2005, focused on the political empowerment of lower castes instead of development related issues. In the space of just a decade, from 1985 to 1995, the number of backward caste candidates elected to the assembly more than doubled to 50%, while the number of ‘upper caste’ candidates more than halved to 17%, indicating a profound transformation of political representation in the state. During this period ‘upper caste’ landlords experienced a general decline in their fortunes while peasant cultivator castes, especially Yadavs, Kurmis, and Koeris, gradually acquired a stronger role within the rural economy. This was accompanied by a general breakdown in patron-client relations within the agrarian economy, contributing to labor mobility. The Nitish Kumar government’s success in building state institutions has only been possible because the networks of patronage that had long placed state institutions under the control of ‘upper caste’ landed elites have been progressively weakened by three decades of ‘lower caste’ politics.

While many analysts outside Bihar have interpreted the Nitish era as representing an end to caste politics, it actually heralds a deepening of the politics of caste to include increasingly marginalized groups. The Nitish government introduced 20% reservations for local bodies for what are popularly termed the “Extremely Backward Castes,” and this was crucial to his party’s victory in 2010. In fact, these castes, combined with lower caste Muslims – the first time either of these groups has become important political constituencies in India – form the core of Nitish Kumar’s electoral support. And since these castes tend to be geographically dispersed and are too marginalized to dominate governmental institutions, they demand impartial, development-oriented governance. This core has been combined with support from the BJP’s ‘upper caste’ supporters who, after enduring fifteen years of Mr. Yadav’s insults, are willing to accept riding in the back seat. All of this is not to take away from Nitish Kumar’s remarkable achievements, but to put them in proper context and reveal that the current “Bihar miracle” is shaped by both larger economic developments in India and a longer history of political change. 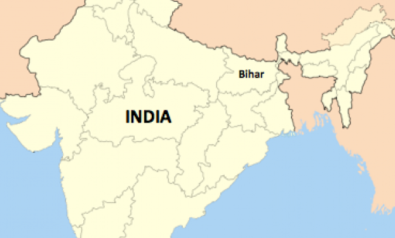