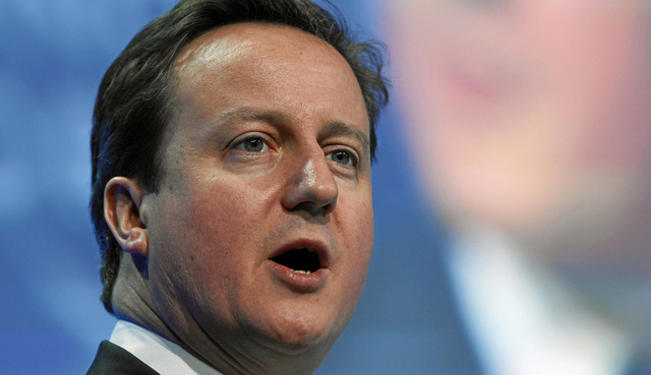 British Prime Minister David Cameron’s speech on the future of Europe promised a referendum on Britain’s membership of the European Union but it left more questions than answers.

1. Cameron says the referendum will take place after a renegotiation of Britain’s terms of membership and that he will lead the yes campaign. But, this leaves a rather gaping loophole. If the renegotiation fails to deliver a satisfactory result, will he hold a referendum anyway and campaign for an exit? Such a promise was missing from the speech. If he does not intend to hold a referendum if renegotiation fails, then the rest of Europe is heavily incentivized to do nothing. After all, refusing to renegotiate means no referendum whereas renegotiating means a vote with a chance of British exit. In the coming months this will become increasingly apparent and Cameron will be under pressure to commit to leading an exit campaign if the renegotiation fails. Promising to lead an Exit Campaign if his demands are not met will significantly up the ante.

2. British leverage in the renegotiation comes from the prospect of exit. The uncertainty gives Britain bargaining power. Therefore, the Cameron government has an incentive to make exit a credible threat and to deliberately increase uncertainty. He will have to develop real and substantive plans for a British withdrawal. He may also have to mobilize public opinion against the status quo. If he avoids these steps, how does he propose to gain leverage in the negotiations? How will investors react to a strategy designed to unleash Euroskepticism and can the genie be put back in the bottle after a messy compromise?

3. Cameron’s speech ensures that Britain’s efforts will be dedicated to repatriating powers rather than shaping the next steps of European integration. Britain has traditionally been a powerful voice in favor of markets, competitiveness, and a strong alliance with the United States. How will Britain’s absence from the debate on further integration affect the direction Europe takes? The repercussions could be felt on everything from a Tobin Tax to the arms embargo on China. A related question pertains to Britain’s legitimate interest in protecting itself from the risk that Eurozone integration will damage the single market. It remains to be seen if this interest will be advanced or damaged by his referendum promise.

4. Cameron intends to fight the next election on his referendum promise. Will Labour take him up on his offer or, if Cameron’s position proves popular, will its leader Ed Milliband move closer to the Conservatives and promise a referendum of his own? Press reports over the past 24 hours suggest that Labour is divided and has not yet made up its mind. If Labour is backed into a corner and promises a referendum of its own, the conservatives are highly likely to end up on the exit campaign, thus exponentially increasing the risk of Britain leaving the European Union.

5. How will the United States react? In recent weeks, the Assistant Secretary of State for Europe, Philip Gordon has made clear that the Obama administration favors Britain remaining in the European Union. Will the Obama administration go a step further and show that a British exit would damage the special relationship? Will it put some pressure on Germany and France to meet the British halfway? Finally, the British referendum may occur after President Obama leaves office. Republicans have traditionally been much more skeptical of the European Union. Some Republicans, like John Bolton, have openly rooted for the collapse of the Eurozone. If a Republican succeeds Obama, will he or she seek to give Britain a lifeline outside of the European Union, thereby increasing the likelihood of an exit?

David Cameron’s much heralded speech was somewhat half-baked. It raises new questions and it is not clear Cameron has the answers. He will come under pressure to clarify his position. Others also find themselves in the spotlight. The answers provided in coming months could dramatically escalate the standoff that now threatens to define European politics for the next four years.