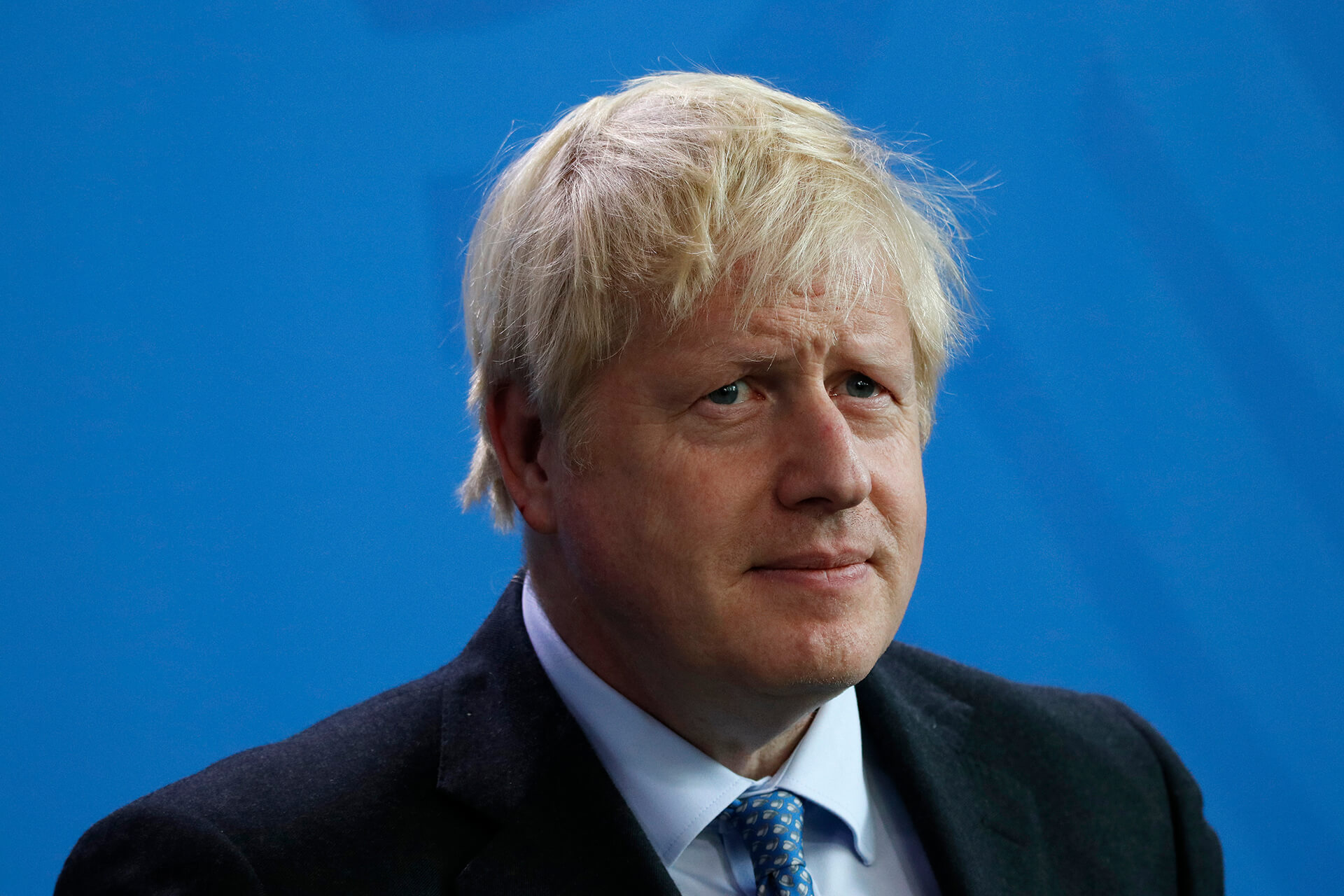 AUGUST 21, 2019 – BERLIN: British Primne Minister Boris Johnson at a press conference before a meeting with the German Chancellor, Chanclery. © 360b/shutterstock.com

The G7 summit got formally underway on Sunday, June 26. There could be little ambiguity about the theme of this meeting. Despite the diversity of problems afflicting the world, with Covid still lingering and climate change begging for a response, it was all about bringing together these powerful voices to project as forcefully as possible the message of their solidarity and undying commitment to continuing to collectively manage the spectacular war unfolding in Ukraine. Why? Well, because, after all, Vladimir Putin deserves it.

There have been rumblings of possible mutiny within European circles. Even the head of NATO, Jens Stoltenberg recently evoked, with a sense of anticipation, the necessity of reaching a negotiated settlement. He dared to ask the forbidden question: how much “territory, how much independence, how much sovereignty” might the Ukrainians be “willing to sacrifice for peace?” No sentiments of that kind and no allusion to Stoltenberg’s reflections were allowed to emerge at the summit. The leaders were certainly aware of Russia’s success in the east of Ukraine and Stoltenberg’s remarks.

But summits are not about weighing the issues, exploring the context and orientating a constructive policy. They are about political alignment and ultimately, for each of the leaders, electoral optics. The Guardian describes it as an occasion to sign a contract of solidarity in what is clearly framed as a proxy war against Russia. “The leaders are committing to supporting Ukraine for the long haul at their summit, with help for Kyiv and further economic action against Russia under discussion.”

But all is not well in this unified assembly saddled with the task of representing the interests of populations that are beginning to express some doubts. The best demonstration of a troubled spirit is the Western media’s choice of a particular moment to focus on. It was a moment of levity that appeared to demonstrate the good spirits and unassailable solidarity of the group. The Washington Post reports the details of what the participants clearly intended as witty banter as the leaders of the Western world conversed in a moment of informal exchange while awaiting the official photographers for a group portrait.

UK Prime Minister Boris Johnson, quite naturally, felt impelled to break the ice by demonstrating the quality of his aristocratic schoolboy wit acquired in his Eton days. He opened with a verbal gambit aiming at reassuring the others that the leaders collectively represented a privileged elite for whom anything goes. “Jackets on? Jackets off?” Johnson wondered out loud before creatively suggesting, “Shall we take our clothes off?” Evoking, but not displaying, nudity will always be the sure-fire means of provoking laughter among the crème de la crème, most of whom are in their 50s or 60s, but still need to remind themselves that their cream hasn’t quite yet curdled.

To make sure that he had no intention of going pornographic, but was instead focused on serious geopolitics, Johnson explained, “We all have to show that we’re tougher than Putin.” Everyone around the table was aware that politics always boils down to showing how tough you are. Disparaging humor towards one’s common enemy is always the most effective way of disguising one’s discomfort or fear.

Keen on demonstrating his adherence to the culture of wit expected in such an aristocratic assembly, Canadian Prime Minister Justin Trudeau kept the conversation alive by adding some graphic precision: “We’re going to get the bare-chested horseback riding display.” He knew this was a safe allusion, since the media long ago made sure that humanity had processed the meme of Putin riding bare-chested on horseback and turned it into an icon summing up the Russian president’s personality.

Trudeau’s scintillating remark couldn’t fail to impress. European Commission President Ursula von der Leyen seized on the opportunity to shift the focus from Johnson’s obsession with nudity to horses. “Ah, yes,” she said. “Horseback riding is the best, though!”

But just as the one female at the table appeared to have diverted the topic towards horses, Johnson made sure that the point of his schoolboy humor emphasizing nudity would not be lost. “There you go! There you go! We’ve got to show them our pecs!” Johnson inclusively added. His “we” presumably included an invitation to Ursula to get off her high horse and join the boys’ locker room antics.

Johnson’s clever strategy to save his naked hide

Whether he exposes his pecs or not, Johnson is scrambling to use anything within reach to save his premiership. The Telegraph offered the scoop that “Volodymyr Zelensky may be invited on a state visit to the UK to bolster Boris Johnson’s leadership credentials.” The Ukrainian president has become the political rock star of the year. Every leader in the West is now seeking photo ops with the 2022 superhero. Commenting on the scoop, Johnson excluded the idea of the Ukrainian superhero appearing on England’s green and pleasant land, at least so long as a war is raging in Ukraine. And Johnson has done everything in his power to keep the war raging. For the past three months, he has relentlessly opposed even the idea that the war might end with a negotiated settlement.

Politico reports that, at the G7 summit, Johnson told the notoriously impenitent pacifist French President Emmanuel Macron that “to settle the conflict in Ukraine now would only cause ‘enduring instability.’” Johnson hates instability, which is why for the past six years he has promoted Brexit and, in so doing, snatched the premiership from Theresa May. Wars are moments of supreme stability proven to be particularly useful in protecting the careers of Tory prime ministers, a lesson Maggie Thatcher taught everyone 40 years ago with her glorious victory in the Falklands.

While all this is going on, Boris appears to be relying on his seductive good humor (that has brought him “brave brood”) and wit to convince his European jokester friends that his attempt to unilaterally cancel the crucial agreement concerning the border of Northern Ireland in the wake of Brexit is also a minor matter that merits no more than a few weak jokes and an indulgent chuckle.

“At the G7 summit,” The Guardian reports, “Boris Johnson said there had not been a row about the Northern Ireland protocol summit. He said there had been ‘little’ talk about it.” Is this Boris once doing his best, this time, to put a fig leaf over the naked truth of the vehement opposition coming from both Ireland and the continent? Even fellow Tory, Andrew Mitchell, complained “that the bill brazenly breaks a solemn international treaty, trashes our international reputation, threatens a trade war at a time when our economy is flat and puts us at odds with our most important ally.”

Boris Johnson’s culture of sophomoric wit and masculine bravado deceptively masquerading as aristocratic humor has been well served by Russia’s invasion of Ukraine. No one today would dare not laugh at a Putin joke, whether it’s funny or not. Johnson’s own pecs that most observers would admit better merit the appellation man boobs (gynaecomastia as the NHS website tells us), if put on display, might very well outweigh Putin’s, but that wasn’t the point Big Boris was making. It was more of a “thank you, Vladimir for making it possible to use everyone’s indignation about your illegal invasion to help them forget about the mess I’ve created in Britain.”